CUCAS News > Admission Express > Overseas Chinese Heads Back To Shanghai, Where The Finance Action Is!

Overseas Chinese Heads Back To Shanghai, Where The Finance Action Is!

Summary: Chinese-Canadian Bobby Huang turned to Shanghai Jiao tong University, Shanghai Advanced Institute of Finance (SAIF) to give him the chance to take up the growth opportunities in China's finance industry.

Overseas Chinese Heads Back To Shanghai, Where The Finance Action Is! 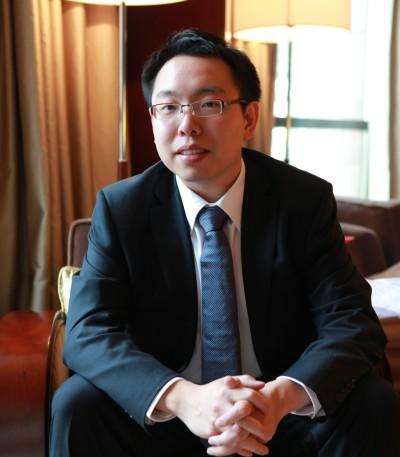 Bobby has fully adjusted to life at SAIF and is very active in the student community
Chinese-Canadian Bobby Huang turned to Shanghai Jiao tong University, Shanghai Advanced Institute of Finance (SAIF) to give him the chance to take up the growth opportunities in China's finance industry.
Bobby, 24, is on the two-year Masters in Finance programme at SAIF. He enrolled in September 2011 and said he now feels very much at home in Shanghai when we recently chatted with him via Skype.
SAIF’s first term had just finished and Bobby was on break before starting the Spring term. He was in the midst of celebrations for the Year of the Dragon and told me that the local authority had just lifted the ban on fireworks so the entire city was buzzing with noise, bright lights and a New Year hype unique to Shanghai. I could feel the excitement in his voice it made me feel and even think I heard fire crackers go off in the background!
Originally from China, Bobby’s family emigrated to Canada over a decade ago. He completed his undergraduate degree in Finance at the University of British Columbia (UBC) in 2011. He wanted to build his knowledge of finance in an international setting so he decided to return to China for a Master’s programme.
Prior to enrolling at SAIF Bobby worked as a Mergers and Acquisitions Analyst for RCI Capital Group, a Vancouver based private Canadian financial group with an Asia-Pacific focus.
For Bobby, China is where the exciting growth opportunities are in the finance industry, but he also wanted to rekindle family and cultural ties. When his Professor at UBC recommended SAIF, Bobby was sold.
He says, “I was debating between Toronto and Shanghai. Shanghai because I have relatives in China. My UBC professors also lecture at SAIF so when I spoke to them about my future career prospects, they told me a lot about studying at SAIF.”
Being on a Master’s programme taught in English was perfect for Bobby who had been away from learning in a Chinese environment for so long. Bobby told me that it was a great environment for him as an overseas Chinese since “speaking Chinese at home is very different from studying a subject such as finance in Chinese”.
He has adapted well to the study environment at SAIF because of the similarities between SAIF’s teaching and the education he had in Canada. He says, “It's really the professors that make all the difference and SAIF has very good ones.
"I also remember enjoying my business communication class very much because we had an industry professional come in and speak to us about current events in the financial markets and how they're going to impact the environment around us.”
SAIF announced its first Student Association in December 2011 and Bobby is one of the founding members. He explained that the Student Association is a platform to support communication between students, professors and outsiders such as industry and media professionals.
Bobby is responsible for organizing and hosting major events for the students at SAIF. He’s been busy planning several events this year including a New Year’s school-wide party. I’m sure that went off with a bang too!
But, it wasn’t for the love of a good party that Bobby got involved with the Student Organization. He put it this way: “It allowed me to blend in faster and easier. People in China work in a different way and being away for so long, I was eager to expand my network here”.
When Bobby graduates in 2013, he would like to enter the fixed income market in China. Here's to hoping that he continues this year with the drive and tenacity that resonates all through the Year of the Dragon!
Share this: