App Developed for Research on Visitor Behaviour at Nanjing Museum

Researchers from Xi’an Jiaotong-Liverpool University collected data on visitor behaviour at an exhibition at Nanjing Museum using a specially-designed app.

At the exhibition ‘Romantic Scotland’, routes, behaviour, and periods of time visitors stayed at each exhibit were recorded by an app and transformed into graphical representation for analysis.

The app technology was developed through interdisciplinary work by the Research Institute for Future Cities.

The research team at the RIFC consists of scholars from different fields who collaborated on the project which is an extension of the international research project ‘Producing/Consuming Romantic Scotland’ funded by the Arts & Humanities Research Council of the UK.

According to Dr Joon Sik Kim (pictured below, left) director of RIFC and associate professor in the Department of Urban Planning and Design at XJTLU, the inspiration for the app came from an interdisciplinary brainstorm discussion at RIFC’s Idea Fair 1.0 event: Dr Yiwen Wang (pictured below, left), also from the Department of Urban Planning and Design, and an international co-investigator for the AHRC-funded project, said:

“The app fulfils both the requirement of the British researchers for qualitative attributes of visitor data, and the demand for quantitative analysis from Chinese researchers,” said Dr Wang. “It is a useful app for Nanjing Museum and the UK research team to gain a more comprehensive understanding about Chinese visitors’ behaviours, and how to engage more with their visitors through exhibition planning and audience research,” she said.

Dr Paul Craig (pictured above, right) from the Department of Computer Science and Software Engineering, chief researcher of the extended interdisciplinary project, explained that the app features visitor tracking and information visualisation functionality:

“The tracking function records visitors routes and their behaviours at different exhibits, collecting data for use by the information visualisation function,” explained Dr Craig.

“Researchers can analyse the data through the visualisation function and check the routes and behaviour of visitors to know which exhibits attract more visitors,” he said.

XJTLU undergraduate, postgraduate, and PhD students were involved in the project.

Xuxiong Xiao, a Year Four student from the Department of Urban Planning and Design, demonstrated his skills in filmmaking by producing a series of short films, enabling the research team to introduce the background and contents of the AHRC project, and to introduce the tracking and visualisation app to the public.

Dr Kim said that the app had the potential to combine big data and artificial intelligence technologies: 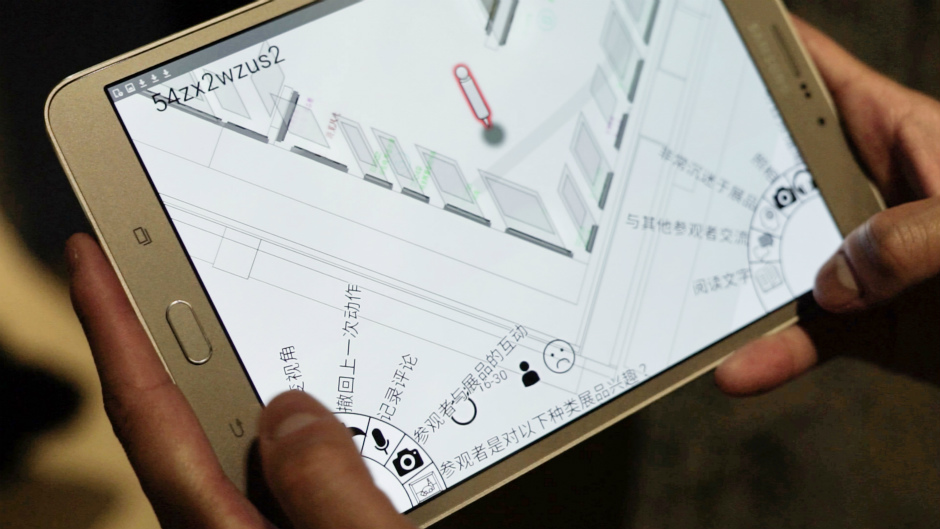 According to Dr Wang, the XJTLU team is in discussion with Nanjing Museum about applying the visualisation app to process the data captured by radio frequency identification, so that researchers may analyse the routes and time spent at particular exhibits of the visitors in the museum.

In the meantime, the AHRC project team will publish a bilingual final report to share the findings with both UK and China museum sectors regarding how Chinese visitors experienced and engaged with the Romantic Scotland exhibition and, more generally, how they perceive and interpret Western cultural heritage products.

The report will be launched at the stakeholder events at Edinburgh Castle in Scotland and at the Tate Modern, London, in October this year, where the project team and the partner organisations will be joined by further interested UK culture, heritage, and tourism organisations.