Gao Huanyue, Deputy Secretary of the Party Committee of CUPL, and Her Delegation Visit Norway

From June 17 to 21, Prof. Gao Huanyue, Deputy Secretary of the Party Committee of CUPL, led a delegation to visit Norway. Her delegation attended the 2019 Join Meeting of Confucius Institutes in Europe, the Council Meeting of the Confucius Institute at University of Bergen (CI at UIB), and successfully organized the first ancient Chinese legal culture exhibition in a foreign country. This visit not only enhanced the influence of CUPL among Confucius Institutes in Europe and relevant universities, but also, through integrating CUPL highlights with CI platform, staged the first overseas exhibition of Chinese legal culture and created a new model of China’s people-to-people and cultural exchanges with foreign countries.

On June 19, the 2019 Join Meeting of Confucius Institutes in Europe, organized by the CI at UIB, which was jointly founded by CUPL, was held at the Ora Concert Hall of UIB, Norway. A total of more than 70 people, including 58 Chinese and foreign co-directors or heads of 35 Confucius Institutes (Classrooms) from 17 countries and the representatives of the Confucius Institute Headquarters, attended the opening ceremony. Dag Rune Olsen, President of UIB, Norway, Berit Rokne, President of the Western Norway University of Applied Sciences, Pal Karbo, Deputy Mayor of Hordaland County, Chang Quansheng, Director of the Education Office of the Embassy of the People's Republic of China in the Kingdom of Norway, Gao Huanyue, Deputy Secretary of the Party Committee of CUPL, Wang Feng, Deputy Director of the European Office of Hanban, and Si Liang, Deputy Director of the Office of International Exchange & Cooperation of Beijing Sport University, delivered speeches at the meeting. The meeting was moderated by Rune Ingebrigtsen, foreign Co-Director of the CI at UIB. 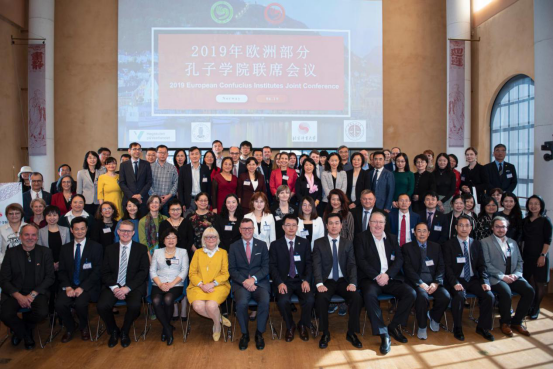 In her speech, Gao Huanyue expressed her gratitude to UIB, the Western Norwegian University of Applied Sciences, the Confucius Institute Headquarters, the Embassy of the People's Republic of China in the Kingdom of Norway and the CI at UIB for their efforts in organizing this meeting. Then, she briefed the audience on the development of CUPL. Prof. Gao said that it was a great honor for CUPL to become a contributor of the CI at UIB in July 2018. The CI at UIB was the fourth Confucius Institutes co-organized by CUPL and foreign partners, following the CIs at Bangor University, UK, University of Bucharest, Romania, and University of the West Indies, Barbados. CUPL hoped to promote cultural exchanges between China and Norway, especially legal culture, through the CI at UIB. China enjoyed a long and splendid history of more than five thousand years, and had a written code more than two thousand years ago. Confucius, the great philosopher and thinker of ancient China, proposed that both education and punishment should be upheld in the governance of a country, i.e. to educate the people to obey the law, and to punish those who break the law with criminal sanctions. And the Tang Code and the Ming Code were once honored as templates for the formulation of laws in Southeast Asian countries. Prof. Gao proudly stated that there were a group of experts and scholars at CUPL dedicated to the collation and research of ancient Chinese laws. These experts, scholars and the CI at UIB had prepared a special exhibition of ancient Chinese legal culture with the intent to present part of the research results over years, and hoped to provide the guests with a certain understanding of China’s ancient laws, and therefore deepen the cultural exchanges between China and Norway. 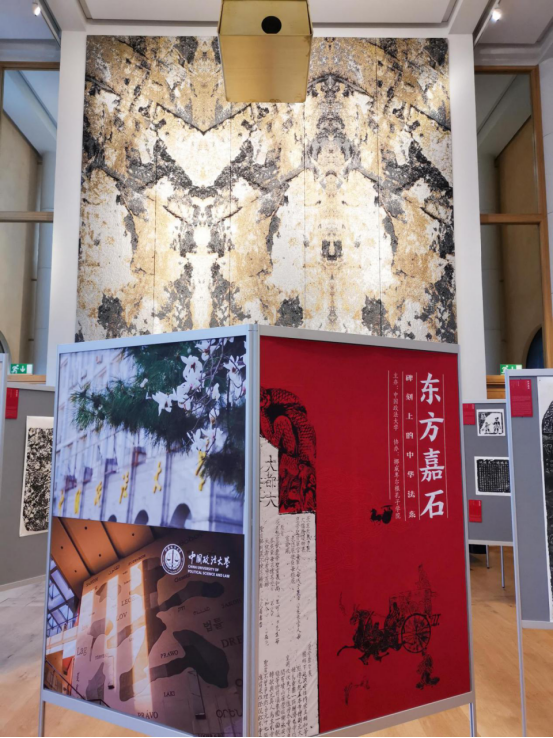 In the afternoon of June 19, the CUPL delegation was invited to visit the Faculty of Law of UIB, and met with Karl Sovig, Dean of the Faculty of Law, Asbjørn Strandbakken, former Dean, and Bjørnar Borvik, Director of the China Law Center. After a detailed introduction of the Faculty of Law and the China Law Center, the two sides reached consensus on further deepening cooperation, especially on actively promoting legal academic exchanges through the CI at UIB, such as co-organizing academic conferences, inviting scholars to visit and give lecture, etc. 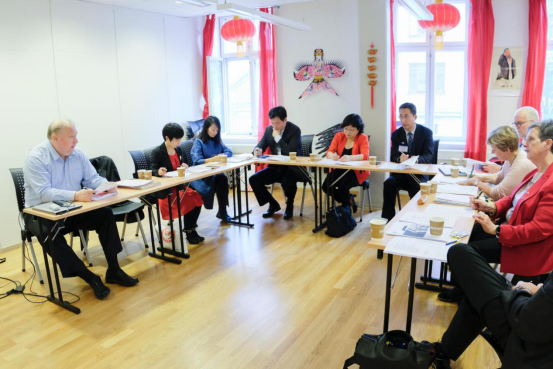 In the morning of June 20, eight members or their proxies and the Chinese and foreign Co-Directors of the CI attended the 2019 Council Meeting of the CI at UIB. According to the agenda, the meeting elected the new council chairman and vice-chairman and approved through discussion the 2019 Annual Report, the 2019 Accounting Report, the 2020 Annual Plan, the 2020 Funding Budget, the 2020 Funding Applications and the Strategic Plan of the CI, etc. Following the routine of rotary chairmanship, UIB will serve as the Chair Institution, and CUPL the Vice Chair Institution. Asbjørn Strandbakken, former Dean of the Faculty of Law of UIB, will serve as the Council Chair and Gao Huanyue, Deputy Secretary of the School Party committee of CUPL, as the Vice Chair. This was the first council meeting attended by CUPL delegation since CUPL became a co-organizer of the CI at UIB and was reportedly to the largest meeting ever in the history of the CI number. The participation of CUPL has brought new vitality to the CI. CUPL also hoped that, through the efforts of all parties, the CI at UIB will prosper and become a bridge for CUPL to communicate with the world and a bridge for the promotion of the Chinese legal culture.

The CUPL delegation included Prof. Guo Chengwei, Prof. Li Xuemei, Director of the Institute for Chinese Ancient Legal Documents, CUPL, Li Dandan, Director of the Office of the Confucius Institute, and Chen Rui, Director of Network Studio of the Publicity Department. In order to assist in the organization of the ancient Chinese legal culture exhibition, Zhao Jing, Associate Professor of the Institute for Chinese Ancient Legal Documents, who was having his academic visit in Germany, also made a special trip to Bergen so as to meet with the delegation and made active efforts for the exhibition and relevant exchange activities.