Hundreds of students from various academic departments of Xi’an Jiaotong-Liverpool University took part in a competition to design, build, program, and road-test their own robots.

The contest was the culmination of a module open to all Year One students that introduces the basic concepts and theories of computer programming, with students competing in teams of four to create robots that can move around test tracks in specific ways.

“Programmers are better thinkers in the sense that they have additional analytical and problem solving skills over those who do not have programming experience,” said Dr Liang. “When you’re coding you have to be systematic, practical, and to understand different approaches to a problem.”

The robot contest aims to make programming accessible and fun for all students and has been run for several consecutive years with increasing participation numbers, from 400 when it was first delivered to 670 this year. 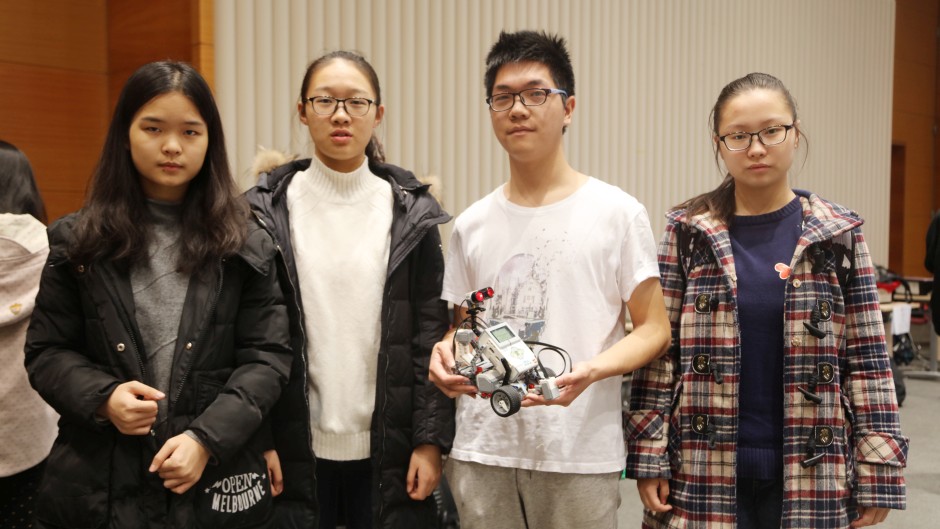 Student Yizeng Zhou (pictured above, second from right) is studying BSc Economics and Finance and said that he wanted to learn about programming to benefit his future career:

“I think the importance of computer skills can’t be ignored, and if you want to be competitive in today’s world you need to know something about programming,” he said.

“Normally, when you learn programming you’re typing at the computer and looking at code,” said Dr Liang. “It can be a bit dull for entry-level students. In this task, students can see very quickly why their code works or why it doesn’t, and make changes. So, the feedback loop is more concrete and tangible.”

He explained more about the value of allowing students to see the practical implications of their work:

“Some things that work perfectly in theory might not work in practice and students need to get used to that. For example, when you build a bridge if you don’t take into account features of the environment your bridge may collapse. The same is true with this task – if students don’t take into account the elevation of the track then their robots can encounter problems.”

Last year, Dr Liang along with Professor Yong Yue received First Prize in the Suzhou Teaching Achievement Awards for their work on the module, the first time that XJTLU staff had won the prize. This year the module was selected as one of the 2017 Jiangsu English Taught Elite Modules for Foreign Students by the Department of Education of Jiangsu Province. 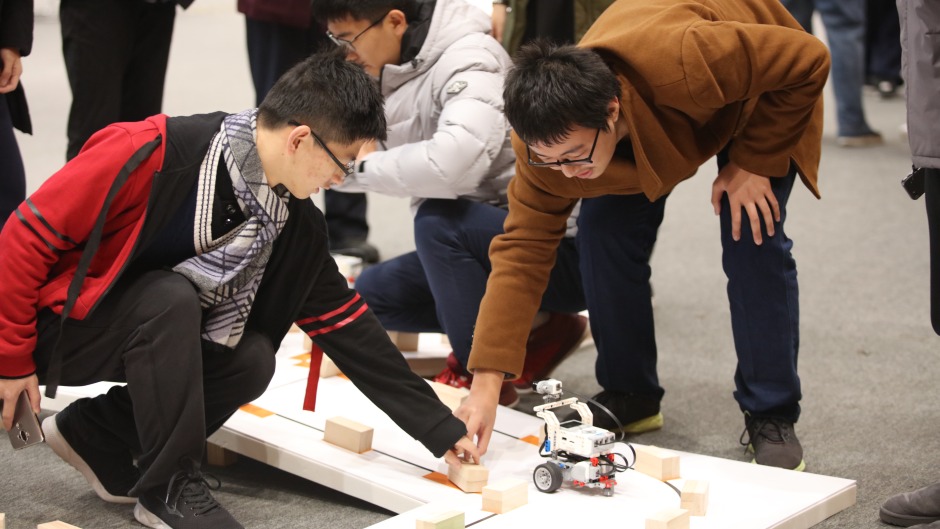 For more information about modules offered by the Department of Computer Science and Software Engineering at XJTLU visit the departmental webpage.