CUCAS News > Admission Express > SDUT is Being Built Jointly by the State Administration of Science, Technology and Industry for National Defense and People's Government of Shandong Province

SDUT is Being Built Jointly by the State Administration of Science, Technology and Industry for National Defense and People's Government of Shandong Province

On August 6th, 2018, the State Administration of Science, Technology and Industry for National Defense (SASTIND) signed an Agreement with the People's Government of Shandong Province to build jointly Shandong University of Technology. Therefore, SDUT became the only university which was built together by SASTIND and People's Government of Shandong Province among Shandong colleges and universities. This marked that SDUT had stepped into the list of schools which were built together by the Ministry or/and National Department and provincial government, which had become a new milestone in the history of SDUT. 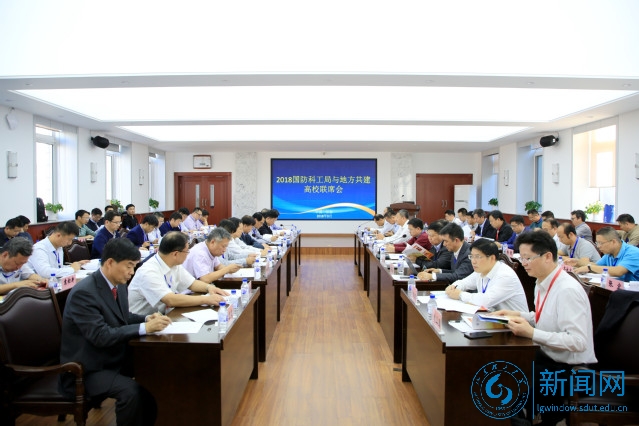 Entering the rank of joint support by provincial government and national bureaus was an important step to achieve high-quality and rapid development of the university. SDUT had listed it as one of the important tasks during the period of “Thirteenth Five-Year-Plan (2016-2020)”. At the Third Party Member Representatives Assembly held by SDUT on November 19, 2016, LYU Chuanyi, the party secretary of SDUT, clearly stated: Promoting People's Government of Shandong Province and SASTIND to jointly support SDUT, innovating the co-construction model, deepening the connotation of co-construction, and striving to a practical effect of co-construction. Since then, SDUT started its application for the co- construction project. In 2017 and 2018, SDUT would promote the work of provincial government and national bureaus and include it as one of the annual key-projects, and continue to promote the related work.

The successful completion of the provincial and ministerial (national bureau) construction of colleges and universities would enable SDUT to find new opportunities in its development. On September 16, 2018, president ZHANG Tiezhu was invited to participate in the joint meeting of SASTIND and local universities in Changchun University of Technology. ZHANG said that SDUT would take this joint meeting as an opportunity to strengthen its close communication with brother universities under the meticulous guidance of SASTIND, focus on making great efforts to deepen its integration, seek breakthroughs in exerting advantages, and accurately promote the construction of provincial and national bureau so as to make contributions to the integration of military forces and civilian.