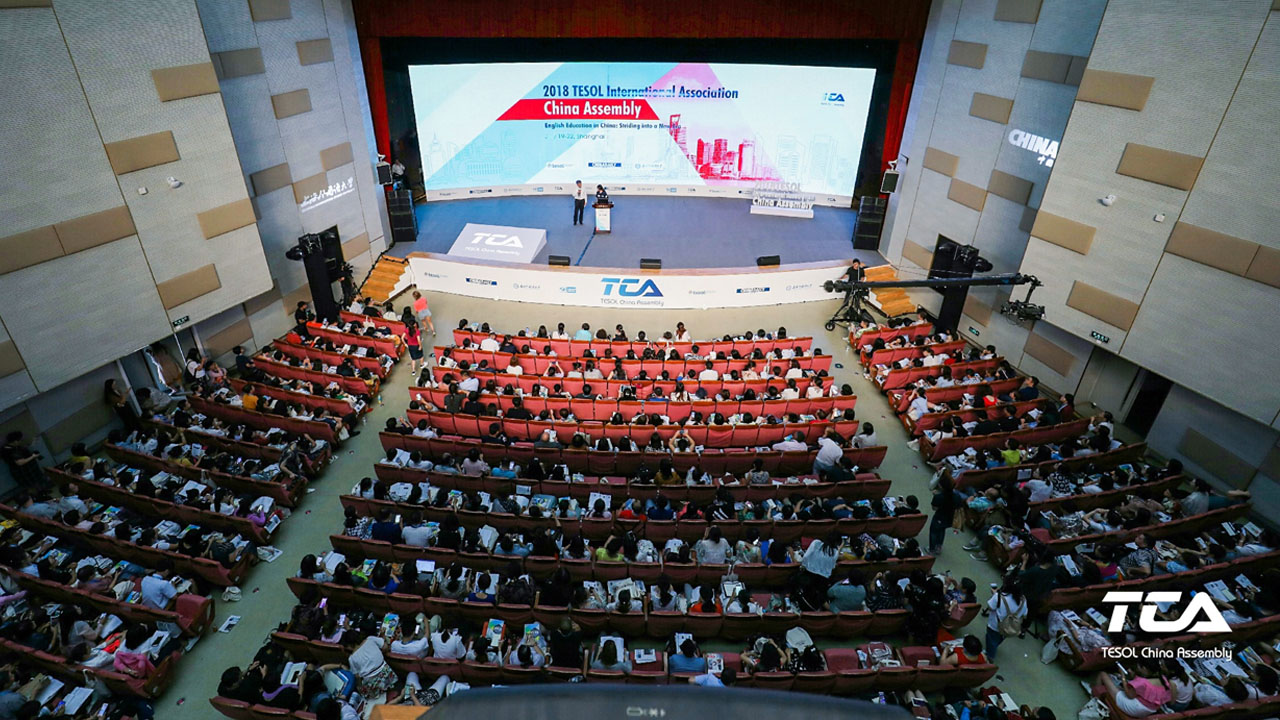 English language education in China is ushering in new opportunities as the country strides into a new era and moves closer to center stage in the global arena, experts at an international conference in Shanghai said on Friday.

With China expanding and deepening its opening-up policy, the country has been put under an international spotlight like never before, experts said at the 2018 TESOL International Association China Assembly.

The three-day conference, which began on Friday morning, has gathered more than 1,800 school English teachers and leading experts in English teaching from home and abroad.

The meeting — jointly hosted by the TESOL (Teachers of English to Speakers of Other Languages) International Association, an organization based in the United States that is committed to advancing excellence in English language teaching, China Daily and Shanghai International Studies University — aims to strengthen dialogue and exchanges between China and the world in English education.

"The demand for foreign language skills, especially English skills, is surging greatly," said Zhou Shuchun, publisher and editor-in-chief of China Daily, while addressing the opening of the assembly.

"The new era has led to an exciting period of historical opportunities for English education.

"We need to focus on the new missions and requirements of the new era, making new endeavors and proposals for the future development of English education in China," he added.

"China's English education in the new era requires us to undertake new responsibilities with an emphasis on guiding the young to be dedicated to the achievement of the great rejuvenation of the Chinese nation and the major initiative of 'creating a common community with a shared future for mankind'," Zhou said, adding that the nation's rise relies on education, with teachers being the cornerstone.

Weng Tiehui, vice-mayor of Shanghai, said that in the new era, the city must pay more attention to cultivating talent with a good mastery of foreign languages as well as expertise in a professional field.

"The 2018 TESOL China Assembly being held here is an affirmation of Shanghai's English education," she said at the opening of the assembly.

"Shanghai will continue to be committed to innovating English education to make it suit the all-around growth of talent as well as the development of the city and the country."

Jiang Feng, Party secretary of Shanghai International Studies University, said the concepts of English learning and teaching in the country are undergoing constant development to suit the situation of the era.

"For example, in SISU, the focus is shifting gradually from English language and literature to studies of English- speaking countries, and we are also exploring interdisciplinary studies, such as in language and neuroscience," he said.

Moreover, the Shanghai Center for Research in English Language Education, established at SISU in December 2016, is dedicated to development of English education in primary and middle schools in the city, Jiang said.

"We also hope that the center, availing Shanghai's experience, will contribute wisdom to English teaching in the whole country, and even the world, and promote the development of the Chinese style of English education," Jiang said.

Li Hai, deputy director of the Ministry of Education's Department of International Cooperation and Exchanges, said it is expected that English education in China with its own characteristics will reach the world level when there is deep understanding of the connotations of foreign language education in the new era.

"It is of great significance to link English education with the inheritance of traditional Chinese culture, opening-up and exchanges with the outside world in the new era," he said.

Ester de Jong, TESOL's president from 2017-18 and a professor at the University of Florida, said the choice of the theme for the assembly — "English Education in China: Striding Into a New Era" — reflects that change is the one constant in today's world.

From Friday to Sunday, more than 100 domestic and foreign experts will address the assembly, sharing their experiences in academic research and practical teaching. Participants will discuss topics including the differences between first language acquisition and foreign language learning, and teacher development.