From December 14 to 16, 2017, the 4th China-Russia Transport University Rectors Forum that supported by Beijing Jiaotong University and hosted by Chang'an University was held in Xi'an.  As the Chinese leader of China-Russia Transport University Rectors Association, President NING Bin and Vice President GUAN Zhongliang attended the forum on behalf of Beijing Jiaotong University.  Themed by “Connectivity and Win-Win Cooperation”, this forum aims to implementing China’s “Belt and Road” Initiative and “Going Global” of high-speed railway as well as pushing forward exchange and cooperation between China and Russia in the field of transportation. Valentina Ivanovna Matviyenko, Speaker of Russian Federation sent congratulations letter to the forum. SONG Jingwu, Vice President of Chinese People's Association for Friendship with Foreign Countries, DU Yubo, President of China Institute of Higher Education and former Vice Minister of Education, LI Xiaodong, Vice Chairman of Shaanxi Provincial People's Political Consultative Conference and Merkulov Gergiy Vladimirovich, Plenipotentiary of the State Railway Bureau of Russian Federation attended the opening ceremony of the forum. The forum was moderated by CHEN Feng, President of Chang'an University. 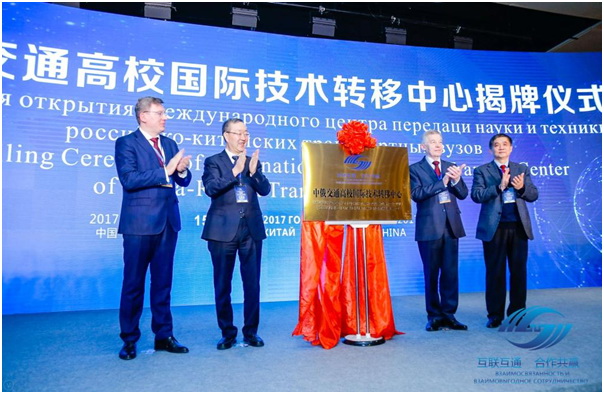 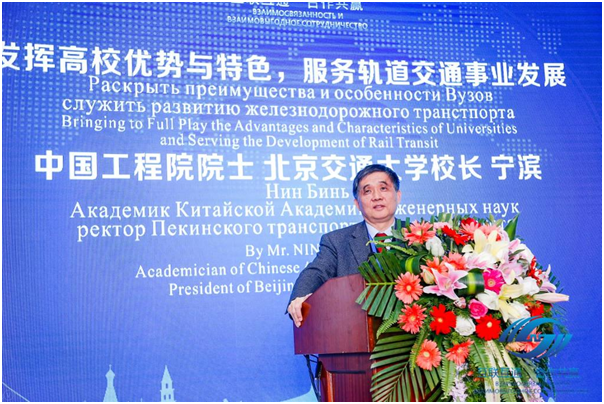 President NING Bin gave the keynote report on “Bringing to Full Play the Advantages and Characteristics of Universities and Serving the Development of Rail Transit”. He elaborated on the development of China’s rail transit, BJTU’s service for the development of rail transit, the cooperation between BJTU and universities along the “Belt and Road Initiative”as  well as the achievements BJTU has made in recent years in the service of national strategies. He pointed out that BJTU would further play an important role in the service of national innovation-driven strategies, actively meet the demands of China’s rail transit development, cultivate top-notch talents and lead the technological innovation. Meanwhile, BJTU would join hands with universities and colleges from Russia and other countries along the “Belt and Road” to make more contributions to the development of global rail transit and construction of the community of common destiny for all mankind, which received positive response from the presented representatives. 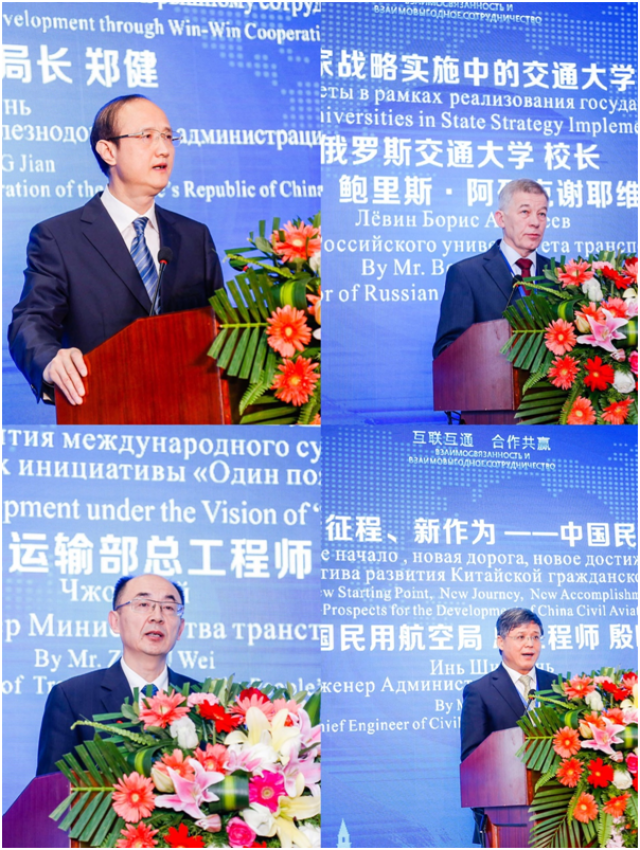 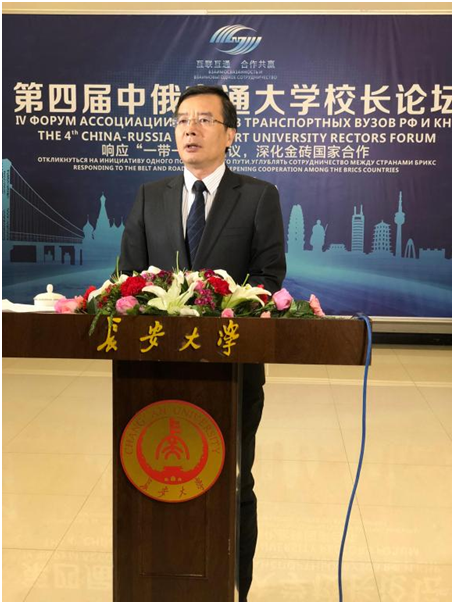 Vice President GUAN Zhongliang attended the related activities on behalf of the university, gave report on the 3-year-work of the Chinese colleges and universities within the Association on behalf of the Association and chaired the sub-topic discussion on the “Internationalization of Talent Cultivation and Research in Transport Universities”. He also received the interview from the TV station of Chang'an University to talk about the current work and achievements, future working plan, self development of transport universities and service for the national strategies. 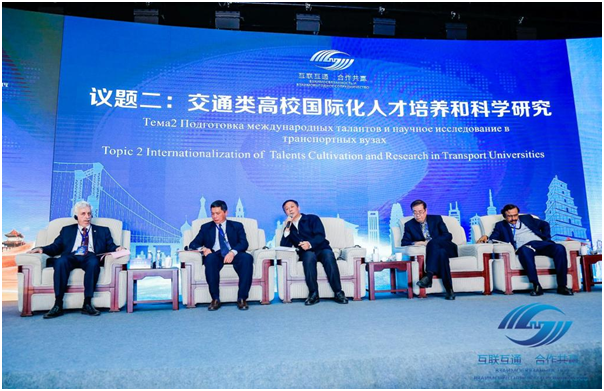 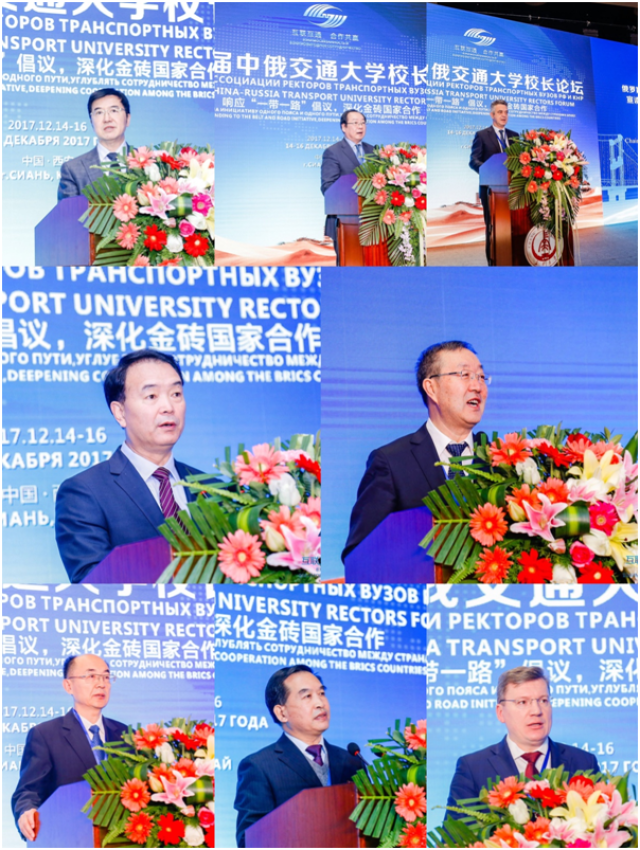 Principals from the Office of International Affairs and Office of Scientific Research were also present at the related activities.