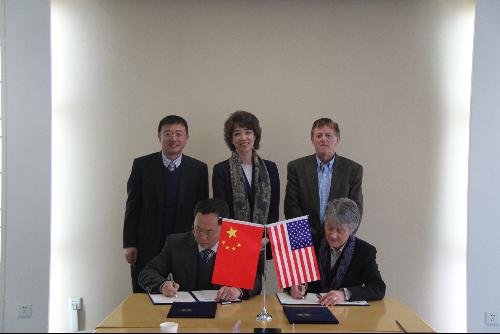 Robbyn Wacker said that University of Northern Colorado attaches great importance to partnership with North China Electric Power University, and this is the third time for the delegation to visit NCEPU. In the past year, the substantial progress had been made in cooperation. All the students, experts and scholars studying at University of Northern Colorado performed excellently, and have achieved fruitful results. He hopes that both universities could cooperate in more fields in the future.

Duan Chunming said the North China Electric Power University is committed to serving the community. At present, the affiliated high school and elementary school can provide internship opportunity for American students. Students from University of Northern Colorado could study in China through the China-U.S. cultural exchange mechanism.

At last, the "Strategic Partnership Agreement" and "Double Major Undergraduate Project Agreement " have been signed