South Korea's higher education has a long academic history. South Korea is an excellent combination of research and education. It responds to an active and innovative culture. Higher academic standards, active learning environment, interdisciplinary and project-based activities are the characteristics of Korean education. Exchange students and students studying degree courses in Korea can choose courses from more than 100 different courses, and there are many learning courses taught in English. 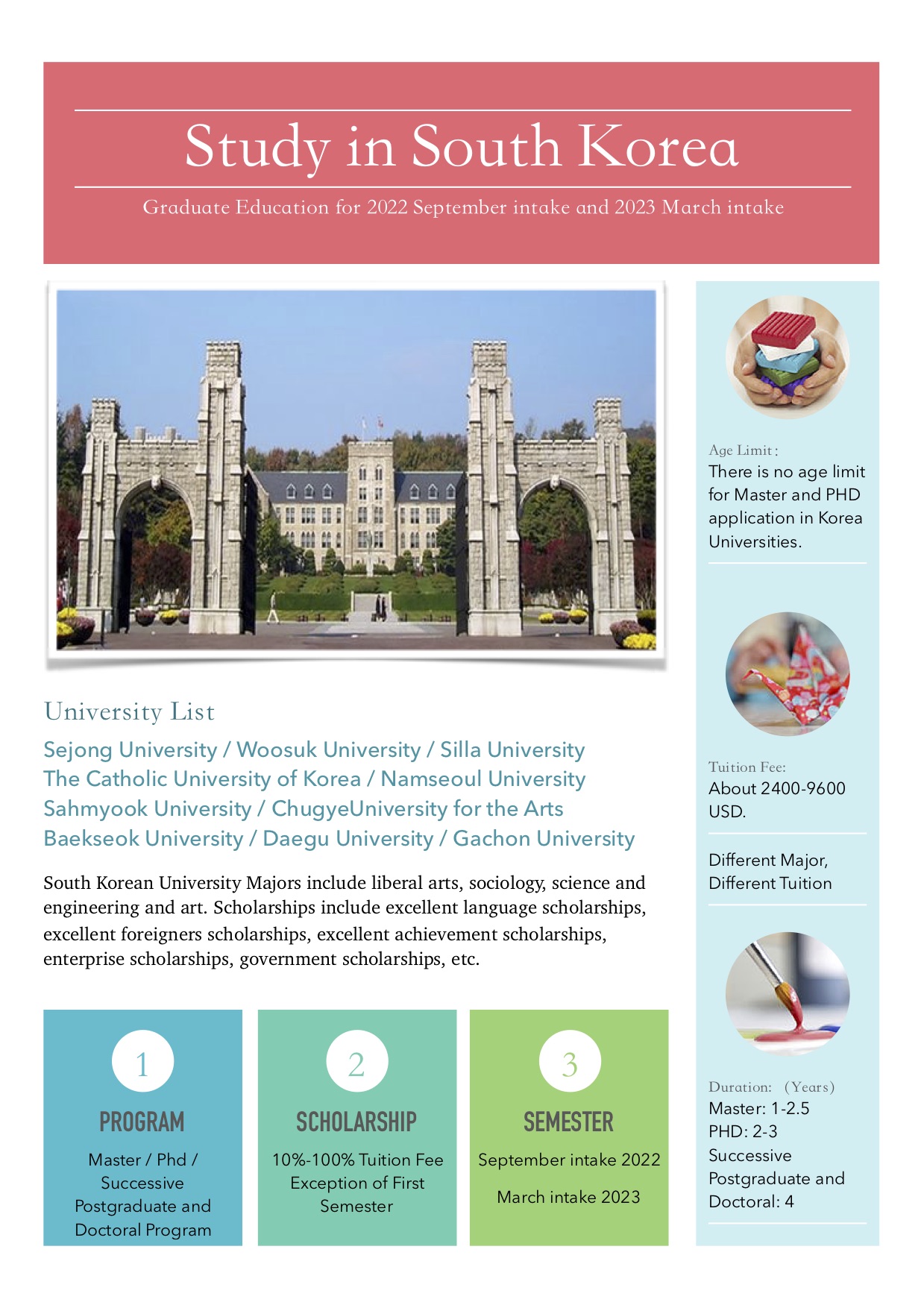 For inquiries you can ask: