CUCAS News > Admission Express > International Students in China: China, we are with you! 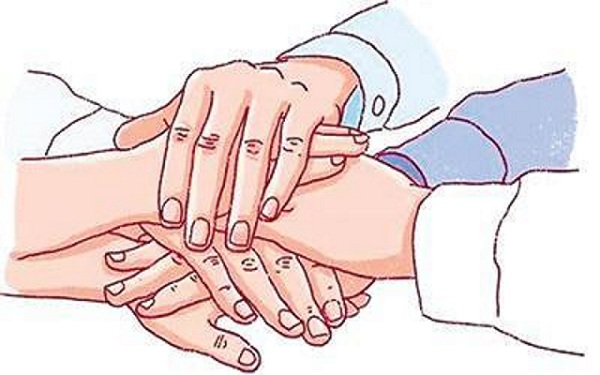 "I am with you by your side"

Recently, a foreign student from Russia, Tang Xilan, was often asked a question: "Are you going back to China? Is it dangerous to stay in China?" She replied: "I choose to stay."

With the escalation of the pneumonia epidemic prevention and control level of the new coronavirus infection, Tang Xilan, who was studying at Zhejiang University of Science and Technology, also snuggle in the dormitory. Likes to write poems, she uses a newly written Chinese poem to pray for China and expresses her respect for frontline medical staff during the epidemic.

She wrote in the poem "People of Wuhan, I am with you": "I have been to the beautiful Wuhan and climbed the Yellow Crane Tower to see the scenery of the past life. I want to tell all Wuhan people that I have a foreign heart walk with you! "

The theme of her latest poems is to praise Chinese women's medical staff. In "The Most Beautiful Woman in China", she wrote: "The most beautiful women in China are fighting to save lives on the dangerous front line ... They lost their hair and evoked It's all expectations for a happier future. ”

Just as the emotions and attitudes conveyed in Tang Xilan's works, she has lived in China for 7 years. Through all kinds of news about the pneumonia outbreak of the new coronavirus infection, she sees "The bravery and tenacity of the Chinese people Unity in the face of difficulties. " "Even though I haven't lived in China for a long time, I have regarded China as my second hometown. The response to China's epidemic made me feel that China is a powerful country, and it also made me aware of the Chinese government and China. People admire it, "Tang Xilan said.

Buy masks for teachers and friends.

In January 2020, Pakistani student Bilal learned from news reports that a pneumonia epidemic of a new coronavirus occurred in Hubei, China and other places. At the same time, he also learned that wearing a mask is a very effective way to prevent the spread of the epidemic, but he found that masks sold in many e-commerce platforms and drug stores in China quickly sold out.

"As a Pakistani who has lived in China for more than 4 years, I have met many Chinese and made many Chinese friends during my studies. They are very friendly and respect cultural differences. At the moment of the epidemic, I hope that I can do a little for my second hometown, China. "Bilal said.

Just recently, Bilal's friend came from Pakistan to Beijing, and he asked his friend to bring some masks along the way. Bilal's original plan was to donate masks to a hospital in Hubei. Later, he learned that the masks required by the hospital have certain standards. Afraid that the masks brought by his friends were not qualified, he gave them to those in need around him. "For example, my classmates, teachers, friends, and Chinese friends I know who need masks. Although I only bought 600 masks, the number is not large, but this is my intention and I am honored to do my part. I really Hope hopes that the epidemic will pass earlier and the lively scenes in China will resume soon.

Confident in China's victory over epidemic.

Like Tang Xilan and Bilal, many overseas students come to China to cheer and send blessings to China.

Gao Shan from Egypt regards Wuhan as the city with the deepest connection with him except Beijing. “I believe that under the leadership of the Chinese government, with the concerted efforts of people from all walks of life across the country, and with the efforts of front-line medical workers, Wuhan will be able to overcome the epidemic," he said “God bless Wuhan! God bless China! ”

Li Na and Ma Long from Afghanistan said: "recently, China, our second hometown, has encountered great difficulties. Our only hope is that the epidemic can be controlled as soon as possible. In any case, we are with China and fully believe that China has the strength to win the battle against the epidemic. "

Zheng Zhengxuan from Indonesia is the fourth generation of Chinese descent. He often listens to his ancestors that the descendants of the Chinese land are very strong. "I believe that this time China will surely find a way to defeat the new coronavirus and it will soon be able to defeat the epidemic."

Ren Junjie from South Korea believes that as long as everyone works together, everyone will be able to overcome the epidemic and survive the crisis. "Because there is no problem that cannot be solved as long as we are united, Wuhan come on! China come on!" Ren Junjie said.

Ren Junjie from South Korea believes that as long as everyone works together, everyone will be able to overcome the epidemic and survive the crisis. "Because there is no problem that cannot be solved as long as we are united. Cheer up Wuhan! Cheer up China!" Ren Junjie said.