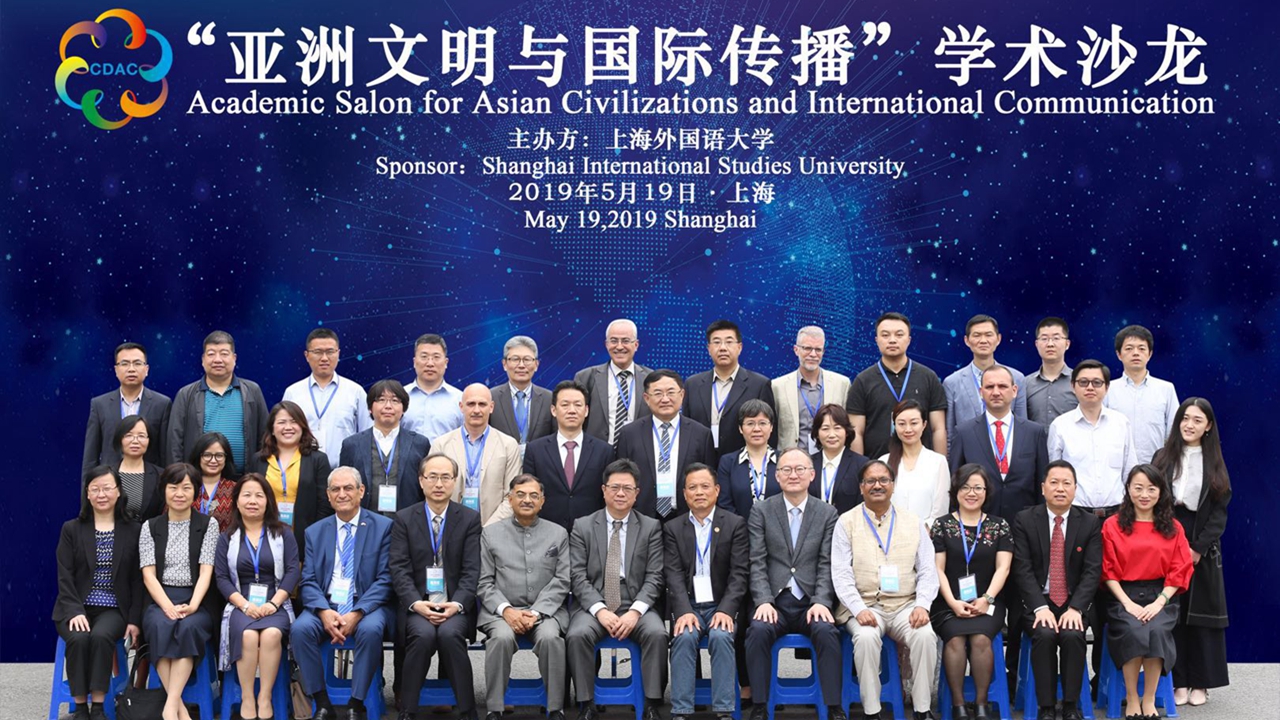 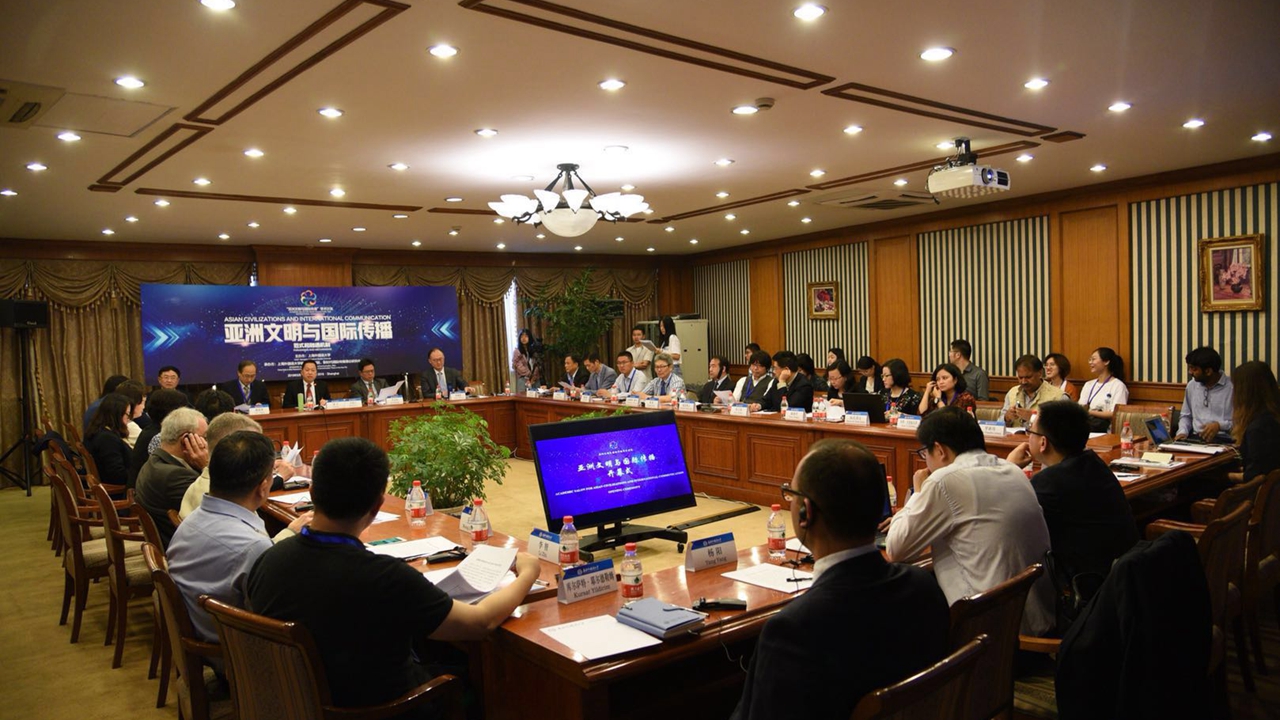 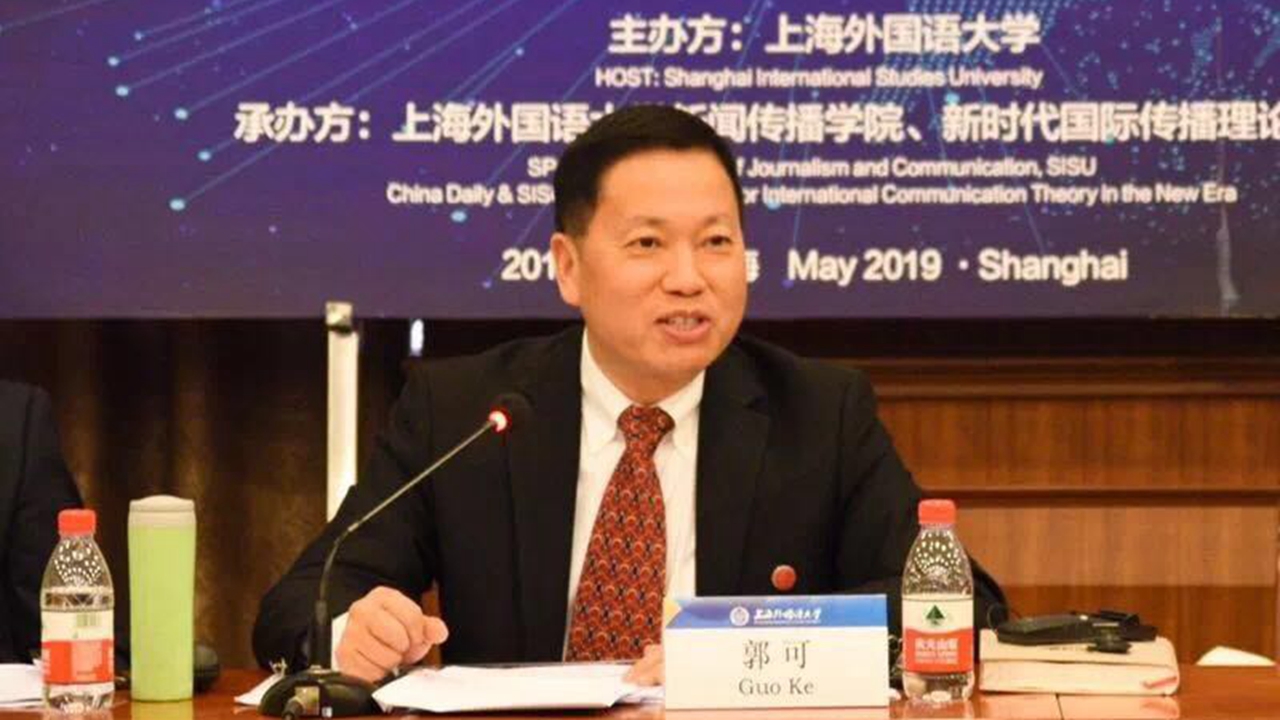 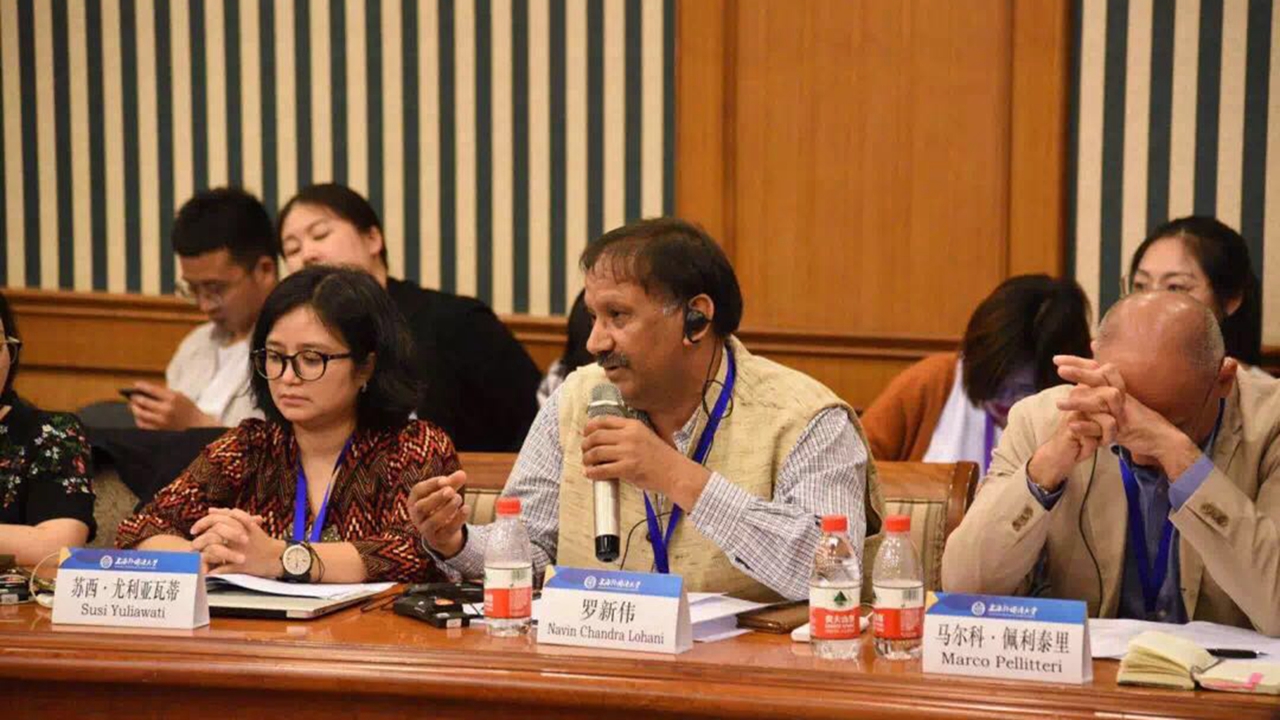 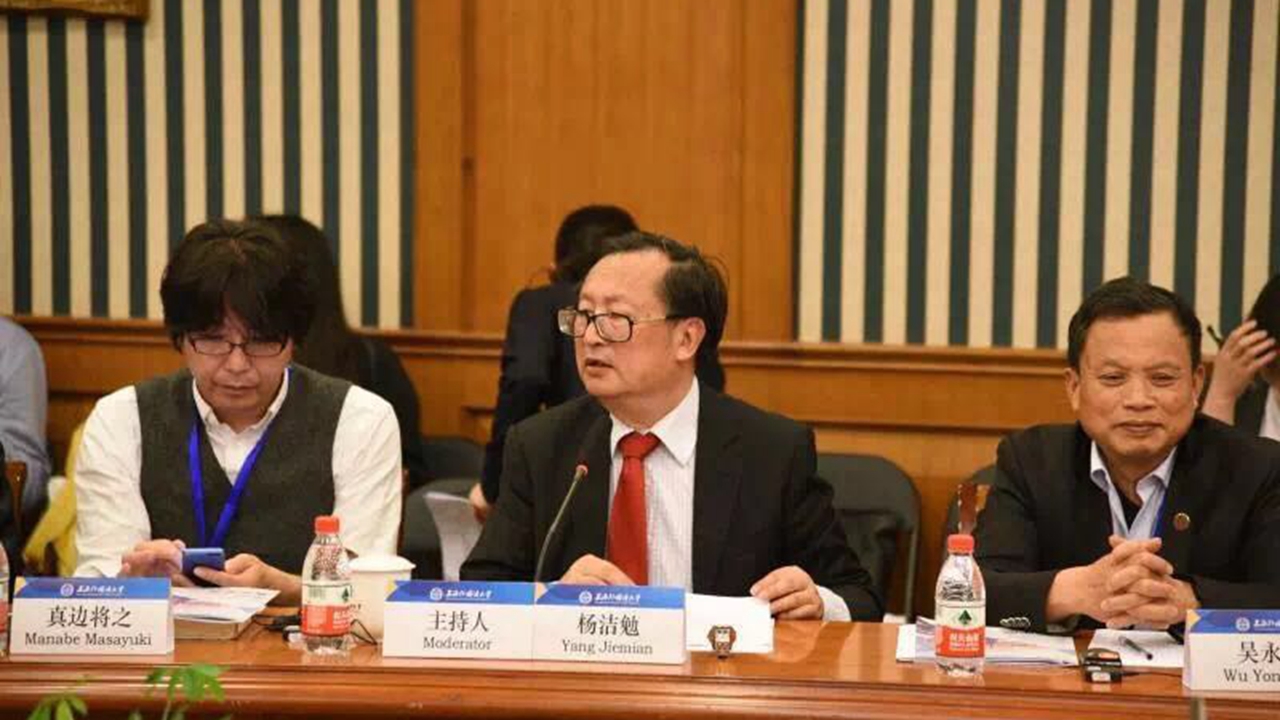 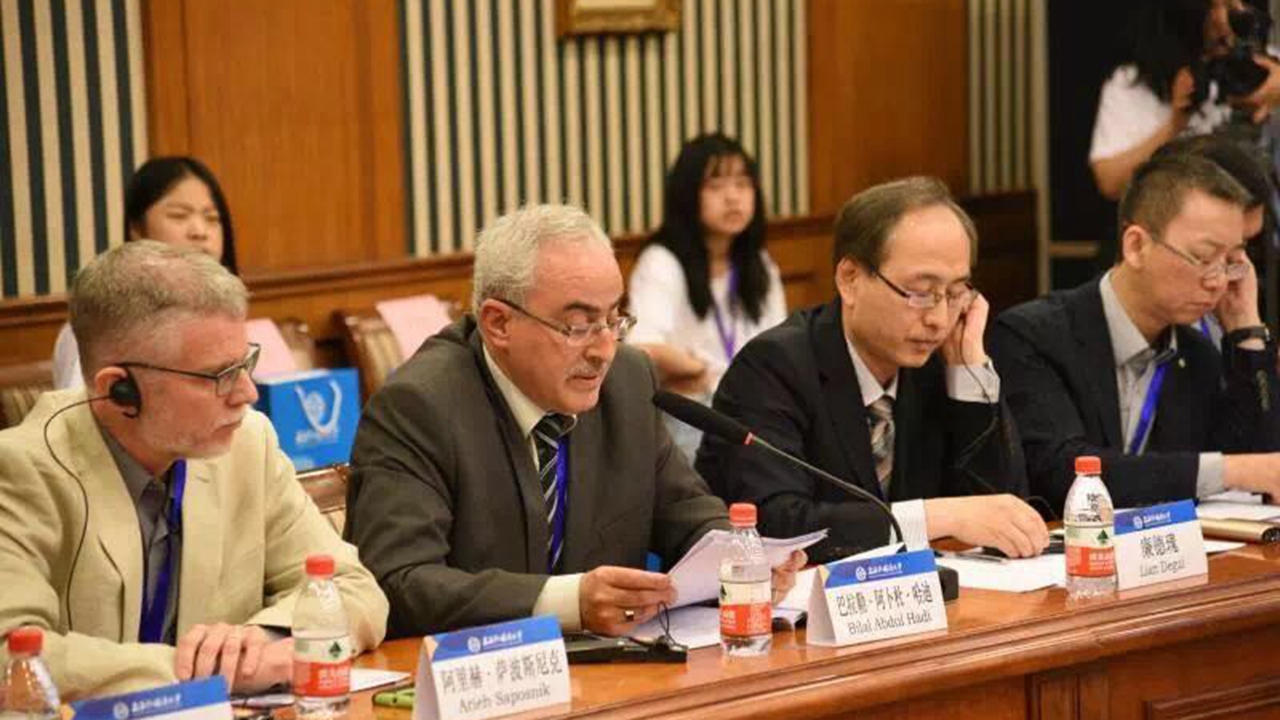 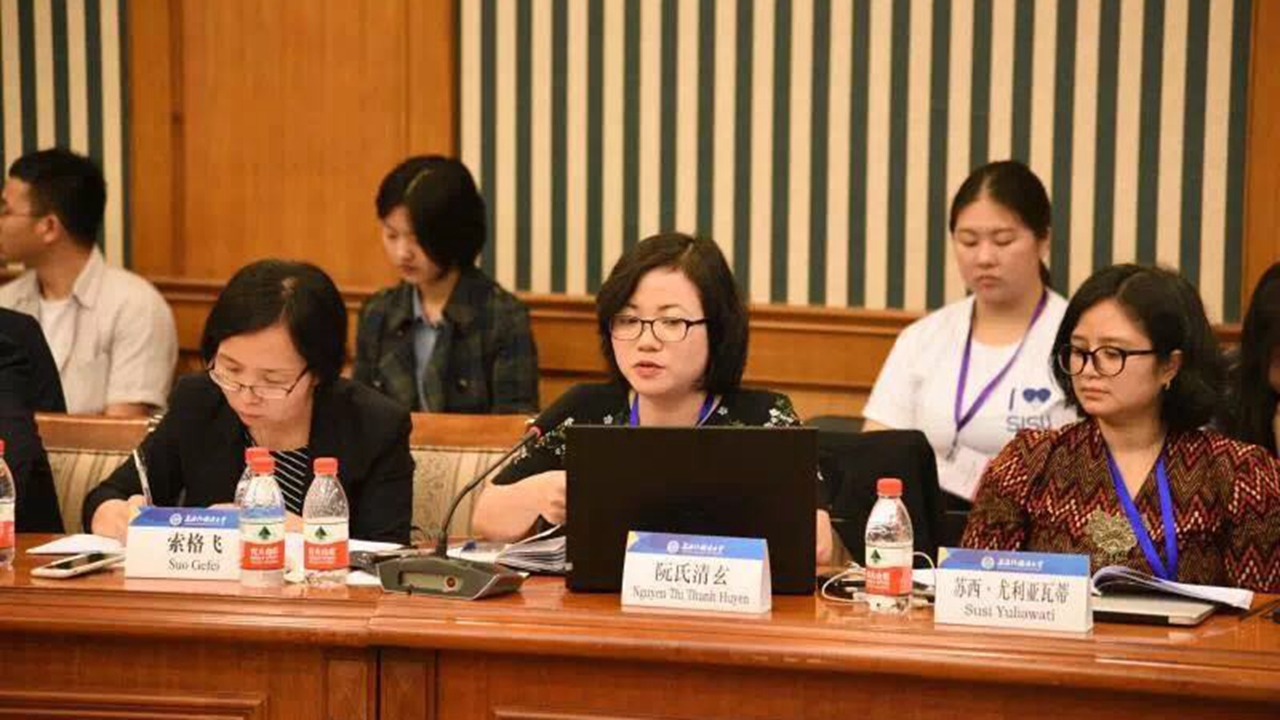 An academic salon for Asian civilizations and international communication achieves a success in promoting dialogue and communication among 40 scholars from 15 countries and regions, hosted by Shanghai International Studies University.

Li Yansong, president of Shanghai International Studies University delivered a speech at the beginning of the salon. He said that “Interpret the world, translate the future” has been the slogan of the university. For years SISU has cultivated a large number of talents for the communication between Chinese and foreign culture which was consistent with the goal of the academic salon. As long as there will be communication among civilizations, countries can coexist and flourish.

Feng Yu, chief editor of Global Times (Shanghai Edition) who is also an alumna of SISU said it was great honor to be back to the university. She emphasized the role of media in the international communication of the new Asian civilization and held we should not focus on the competition between the new media and traditional media. Instead, it was important to make the traditional and new media make full use of their advantages and work together.

Massoud Daher, executive director of Lebanon-China Friendship Association shared his ideas on the dialogue of Civilizations between East Asia and West Asia. He said that there was no other civilization so distinctive as the Asian civilization. He appreciated that President Xi put forward the Belt and Road initiative, promoting cultural and economic mutual learning among civilizations through dialogue among Asian civilizations.

The exchange of civilization covers many aspects and sports is one of the most important field. Iijima Keiko, a lecturer at Tokyo university of foreign Studies introduced a story of the father of judo and his instructions on Chinese students in Japan. She thought that there were many similarities between Kanno Jigoro's educational policy of moral, knowledge and physical education and China’s educational concept of the all-round development of moral, intelligence, sports and aesthetics.

As a moderator of the second section, Jaeho Hwang first held that the theme in this section is suitable as Asian civilizations have affected the direction of world civilization. Asia is the birthplace of a great civilization and the Asian civilization has been influencing people's mentality, lifestyle, philosophy, social structure and international management.

Wu Xinbo, a professor of SISU, believed that Asia played a pivotal role in the world's cultural system. He advocated strengthening the dialogue among ancient civilizations, discovering and recovering the lost cultural origin since modern times from the source of Asian civilization. Based on that, we should revive Asian civilization and rebuild Asian system to promote and ensure the development and prosperity of Asia and contribute to the world.

Nguyen Thi Thanh Huyen, associate professor from Vietnam National University, highlighted some cases of using public diplomacy activities in order to promote and convey the values of various countries. She believed that genuine interaction activities, such as language teaching, films and other public diplomacy projects that cater to interests of locals, can help build a sustainable relationship between the two countries.

Arieh Saposnik, associate professor from Ben-Gurion University of the Negev in Israel researches on modern Israeli culture and Hebrew civilization. He argued that Arab civilization served as a bridge among Asian civilizations. To a certain extent, the scope and mode of civilization's communication are closely related to the distribution of the floating population.

In the last section of the academic salon, professors from India, turkey, Mongolia, Indonesia and China put forward some specific cases about Asian civilizations communication.

Focusing on the cross-cultural communication of Chinese animated movies, Cai Yingzhou, a professor from SISU, elaborated on the changing strategies and production methods in promoting China's external image from image positioning, discourse structure and narrative reconstruction.

Although the conquest of nature brought great wealth to human beings, it caused great disasters, which seriously threatened the survival and development of human beings. The issue of sustainable development was essentially the relationship between man and nature. It was extremely important to have a deep understanding of the ecological wisdom of different human civilizations, to analyze and compare the ecological wisdom of different civilizations under such circumstances, said Chimedtseye Menerel, dean of the Confucius Institute at the National University of Mongolia.

Professor Wu Xinbo, Wu Yongnian, Lian Deigui and Chief editor Liu Peng made a short conclusion on the four sections in the end.

Guo Ke, dean of the School of Journalism and Communication in SISU added that the purpose of the academic salon initially was to summarize on the trends, features and challenges of this topic. “The goal has been achieved now through communications among nearly 40 scholars today”, he said with confidence.