Zeng Qingliang introduced the development of SDNU in recent years. He expressed his gratitute to Du Xianzhen for donating the porcelain carvings and issued him a donation certificate.Du Xianzhen said he was an alumnus of Shandong Normal University and had studied in school in 1954. It is the wish of his whole family to donate the porcelain carvings to Shandong Normal University. 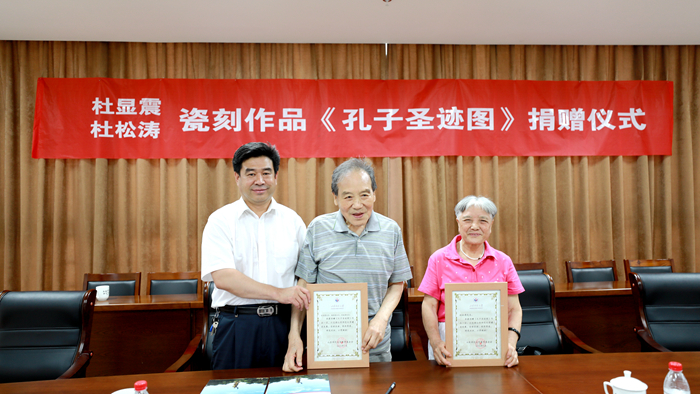