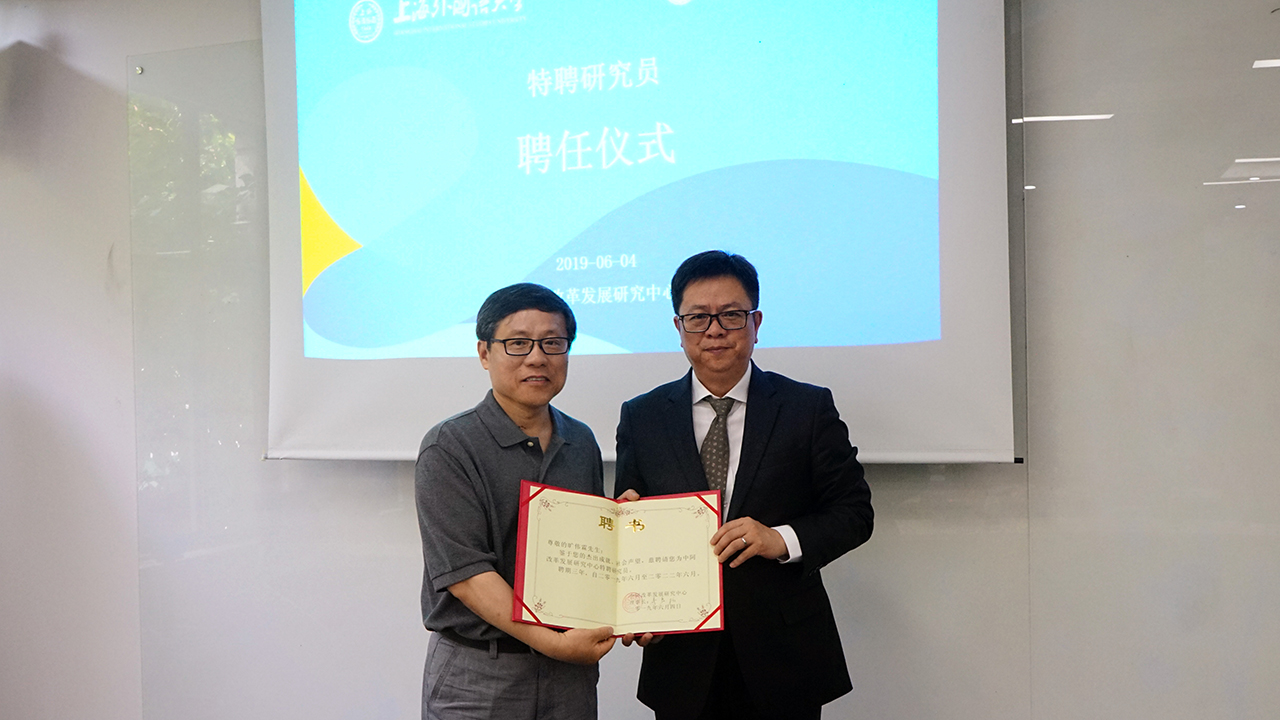 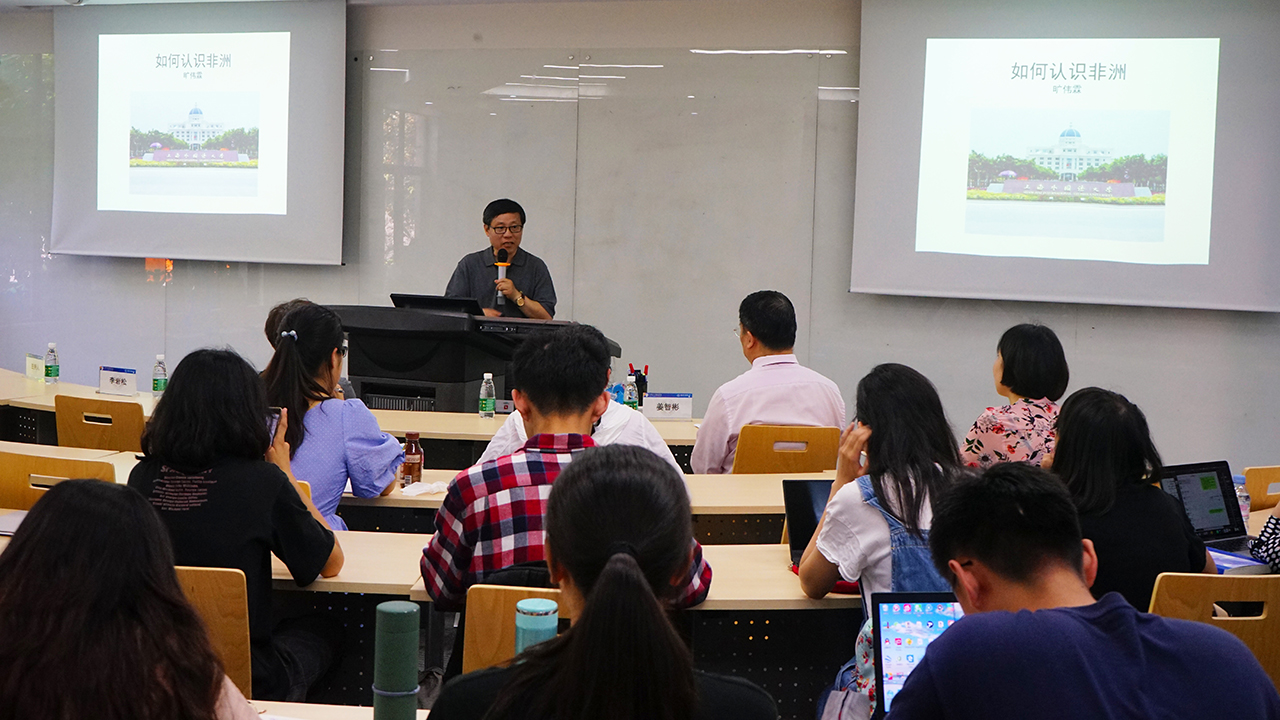 On June 4, 2019, Kuang Weilin, the first head of the Mission of the People's Republic of China to the African Union and Ambassador Extraordinary and Plenipotentiary, came to Shanghai International Studies University to visit the China-Arab Reform and Development Research Center.

During the visit, Li Yansong, president of Shanghai International Studies University, chairman and director of the China-Arab Reform and Development Research Center, presented Ambassador Kuang Weilin with a certificate of Distinguished Research Fellow from the China-Arab Reform and Development Research Center. Li extended a warm welcome to Kuang for visiting his alma mater and expressed his wish that the Ambassador would play a part in the development of the center by virtue of his rich diplomatic experience and unique insights into the China-Africa cooperation. Wang Guangda, executive director of the Center, hosted the appointment ceremony.

Later, Kuang gave a lecture on “How to Better Understand Africa” to the teachers and students of the Honors College. He started with the China-US relations and mentioned the increasing interests of the United States in China-Africa relations. After that, he introduced the characteristics of Africa’s development in terms of political environment, integration construction, economy and trade, population, security, etc. He then expounded his views on China-Africa friendly cooperation, Africa and Taiwan-related affairs, Africa and the “Belt and Road” Initiative and other issues. He also summarized the main characteristics of African traditional values, and proposed ways and methods of dealing with the African people. Finally, Kuang answered the questions raised by the teachers and students about the demographic dividend in Africa, China-Africa friendly exchanges, the African Union, etc.