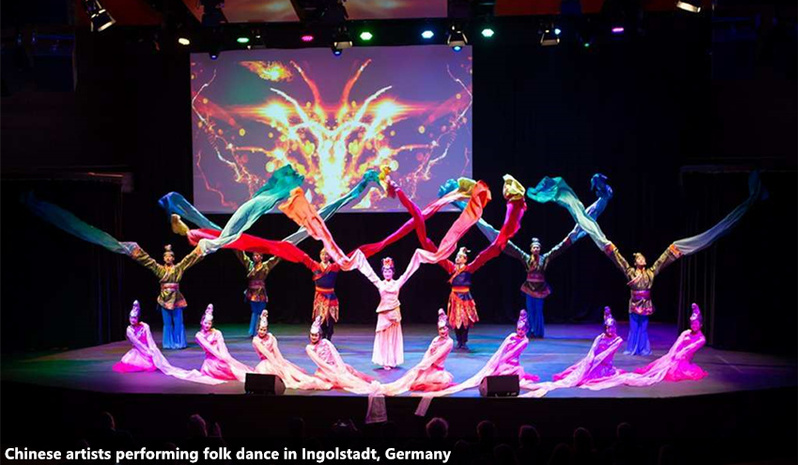 As the Lunar Pig Year approached in February, thousands of People in Idaho of the US, Lancaster of the UK, and Ingolstadt of the Germany celebrated the Chinese New Year and experienced the beauty of Chinese culture in a series of events held by local Confucius Institutes.

A Spring Festival Gala for ethnic Chinese in Idaho was held on February 2, three days before the Lunar New Year arrived, with teachers and students of the University of Idaho Confucius Institute.

The gala, with performances of kung fu Show, melodrama singing, and qipao show, exhibited a perfect combination of traditional and modern artistic styles.

In the UK, the Lancaster University Confucius Institute brought celebrations of the Chinese New Year across more than a week into nearly 20 local primary schools, attracting over 2,000 children to participate in.

A headmaster at Kingmoor Primary School said the pupils had been studying the Chinese Language for a whole semester, and the New Year celebrations opened a particular window for them to experience the real Chinese culture.

In Germany, on February 12, artists from China’s Hubei Theatre of Chinese Opera and Dance Drama, at the invitation of the Audi-Ingolstadt Confucius Institute, presented a cultural feast to local residents, ethnic Chinese community, and university teachers and students in the city of Ingolstadt.

The performance featured folk culture and history of Hubei province, including stage arts derived from Jingchu, an ancient state that developed a distinct culture in the southern China.