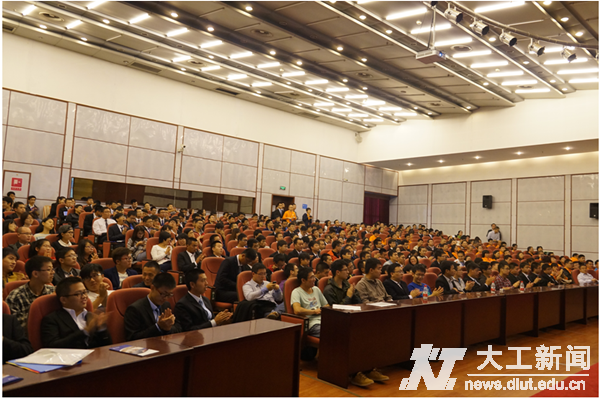 Before the presentation, vice president of DUT Li Junjie met with the deputy general manager CCCC Fourth Navigational Engineering Co., and the assistant general manager of human resource department He Jianbo. He extended a warm welcome to the recruitment activities. He expressed that DUT wish to take this opportunity to strengthen further strategic cooperation with CCCC. 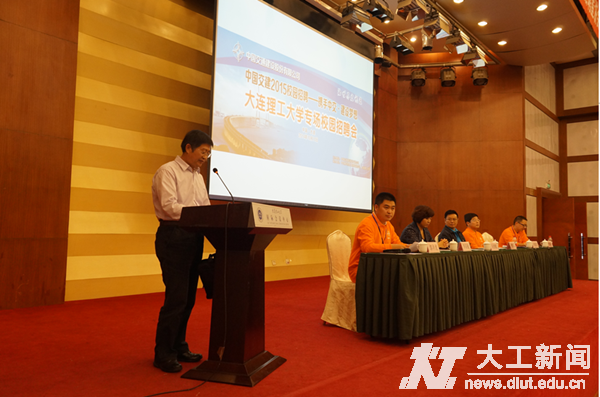 Vice director of Faculty of Infrastructure Engineering Prof. Wu Zhimin extended warm welcome on behalf on DUT. He expressed sincere thankfulness to CCCC for the support on talent education and scientific research and so on, hoping CCCC and DUT to make further cooperation and creat a win-win situation.The assistant general manager of human resource department He Jianbo highly approved the superior ability and the rigorous academic style of graduates of DUT, and hoped them to make more contributions to the foundermental equipments construction and urbanization of China.

After the presentation, more than 40 companies under CCCC held a special recruitment in Liu Changchun Stadium. As the world's top 500 enterprises, CCCC mainly engaged in ports, terminals, waterways, roads, bridges, railways, tunnels, municipal and other infrastructure construction and real estate development business. Their business footprint stretches more than 100 countries and regions in the world, which is the most representative company in the Chinese construction industry.