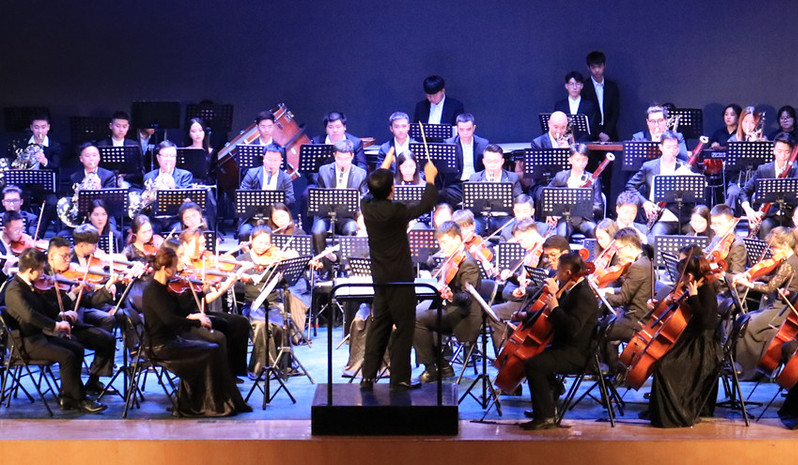 The Youth Symphony Orchestra of SCUT presented two New Year Concerts at both Wushan and the University Town on December 28 and 29 to celebrate the arrival of 2019.

The concerts, conducted by Yu Huaimin, was an ensemble of western classical music and Chinese modern music, as well as music created by composers of SCUT.

With Bedřich Smetana's Vltava as the opening, the orchestra performed a number of long-established European musical works, with Tchaikovsky's The Nutcracker Suite as one of the highlighted features, and Dmitri Shostakovich's Festive Overture as the ending.

Highlights of Chinese music included Wish, an orchestral work that applies elements of folk songs and dancing rhythms, composed by Zhang Xiaofeng, a composer at SCUT, and Spring Festival Overture, a widely-known tune composed by Chinese musician Li Huanzhi in the 1950s, which was selected to broadcast into space on China's first lunar probe.

SCUT started to hold the New Year Concerts in 2006, and over the years it has become a campus tradition that infused teachers and students with vitality of musical arts and delight of celebrating the meeting point of the past and the future.