4th November – the final match of National Undergraduate Business Plan Competition (abbr. NUBPC) was held in Huazhong University of Science and Technology in Wuhan province. The project “Unique Technology Ltd. (Beijing)” won the gold award, which was also the only project in Liaoning province and DUT. 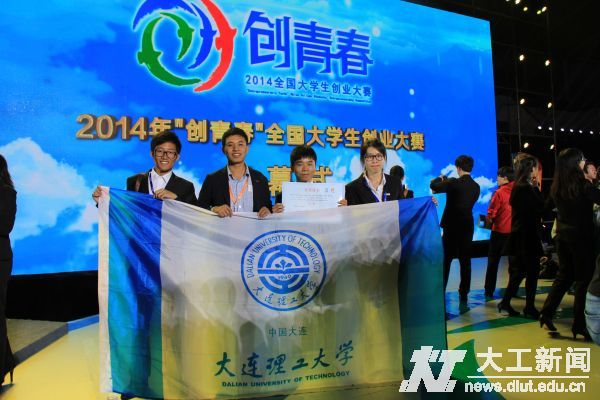 The 2014 NUBPC is mainly composed of three parts, i.e. the business plan unit, the entrepreneurial practice unit and the social entrepreneur unit. More than 20,000 pieces of works took part in the competition, among which 105 got the ticket to the final match.

There are 5 pieces of works in DUT getting access to NUBPC and 2 getting ticket to the final match. In the furious oral defense phase, competitors from DUT performed very brilliantly. The project “Unique Technology Ltd. (Beijing)” won the gold award, “Dalian Sicheng educational counseling Ltd.” won the silver award, and the rest 3 teams won the bronze award.

NUBPC, which is held every one year, is the most national-widely influential competition among undergraduates.DUT has launched 175 pieces of works since the October 2013. Besides, authorities from university, enterprises and government were invited to give professional instruction to the competitors. Now all the efforts that have been done are returned.