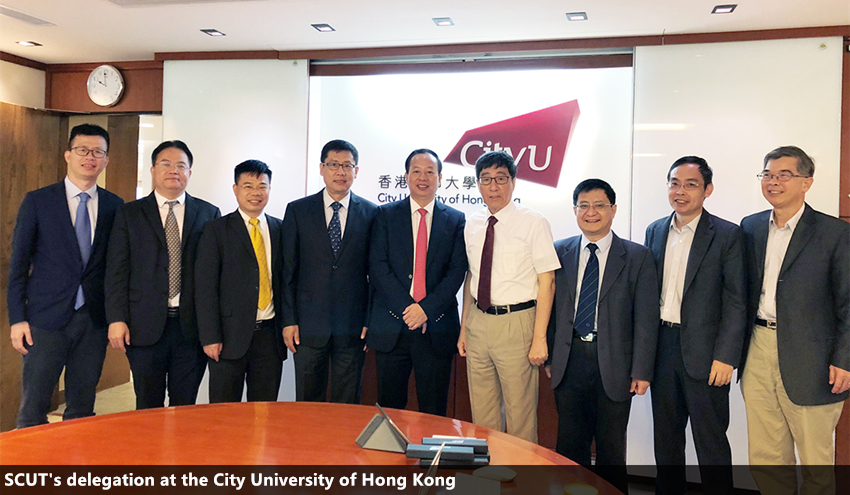 SCUT is enhancing partnerships with universities in Hong Kong and Macao to promote cooperation in scientific research and education across the Greater Bay Area.
A delegation led by Zhang Xichun, Secretary of the CPC SCUT Committee, paid a series of visits to Hong Kong and Macao earlier this month, and had productive conversations with the City University of Hong Kong, the Hong Kong University of Science and Technology, and the University of Macao.
The three universities all looked forward to strengthen ties with SCUT in student training and scientific research, especially under the circumstance of building the Guangzhou International Campus.
Agreements concerning undergraduate student exchange programs, research cooperation, and academic exchange programs were signed by SCUT and the University of Macao.
During visiting, Zhang Xichun also had meetings with the Department of Education and Science at the Liaison Office of the Central’s People’s Government in the Hong Kong S.A.R., as well as with branches of SCUT’s Alumni Association in Hong Kong and Macao.