28thNovember –Delegation of Seoul National University of Technology (SNUT), which was led by Prof. Nan Gongjin, the president of SNUT, visited DUT on the morning of 28th November. Ning Guiliing, vice president of DUT, received them, accompanied by the relative chargers of International Cooperation and Exchange Office, International Education School and Electronic Information and Electrical Engineering Department. 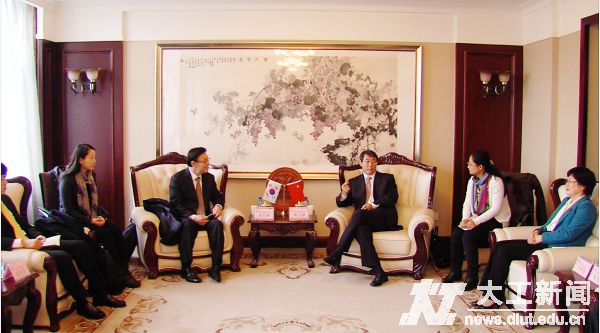 Wei warmly welcomed the delegation. After an brief introduction about DUT he proposed that university should serve national key development strategies and social and economical development of local government, during which globalization is the primary motivation. He suggested that the cooperation between SNUT and DUT could start from academic exchange and student exchange.

Nan said that he was moved by the beautiful campus of DUT and he hoped this visitation could promote the cooperation between the two universities substantially.