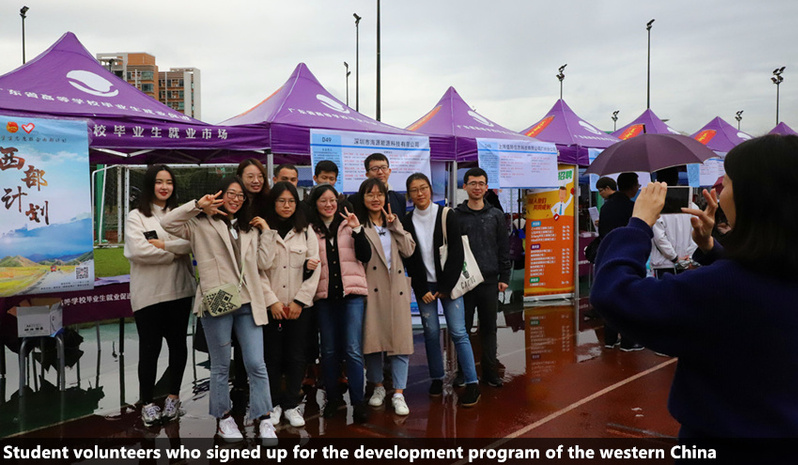 A large career fair was held in the University Town last week, offering nearly 15,000 job opportunities to fresh graduates of SCUT as well as to students of other universities.

This is the first career fair held in this spring at SCUT, which attracted 790 employers from all over the country, including 144 companies or institutions managed by SCUT alumni.

Some cities and industrial districts such as Xi'an and Shunde sent recruitment delegations, while universities, research institutions and enterprises giants such as BOE, LG Disply, and China Construction were also on site to scout for talented college students.

The recruitment also included a special session for signing up volunteers. Some of the recruited volunteers will work as teachers of primary and middle schools in rural areas, while others are going to join the development programs of the western China and mountainous regions.

Over 6,000 students attended the whole event, with about 15 percent of them being students of SCUT. The total number of the participants gained an increase from last year, since more and more students from universities inside and outside Guangdong province decided to travel to Guangzhou and try opportunities in the Pearl River Delta.