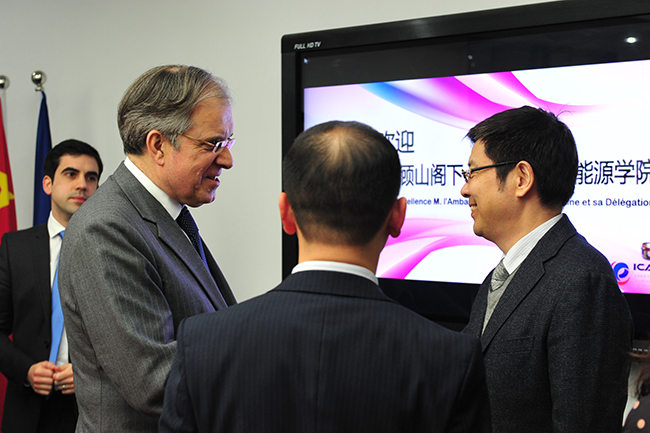 During the meeting, President Ding Lieyun pointed out that ICARE is an important platform for bilateral cooperation between China and EU. He hoped that with support of French Embassy, ICARE could further promote the exchange and cooperation between universities of two countries, especially in research institutions and enterprises.

The Ambassador highly appraised the development of ICARE and he said that HUST was the first university he visited since he served as ambassador to China last August. Green economy is one of France's economic focus, he hoped ICARE could promote advanced technology and experience to deal with the world's climate problems. He also hoped ICARE to participate in the preparation work of the 21st Climate Change Conference in Paris.

At the question-and-answer portion, Mr. Maurice Gourdault-Montagne enthusiastically answered all students' questions, such as Could France provide more internship opportunities in France, what support French government is providing for the development of new energy sources, what is the good practice in France to cont