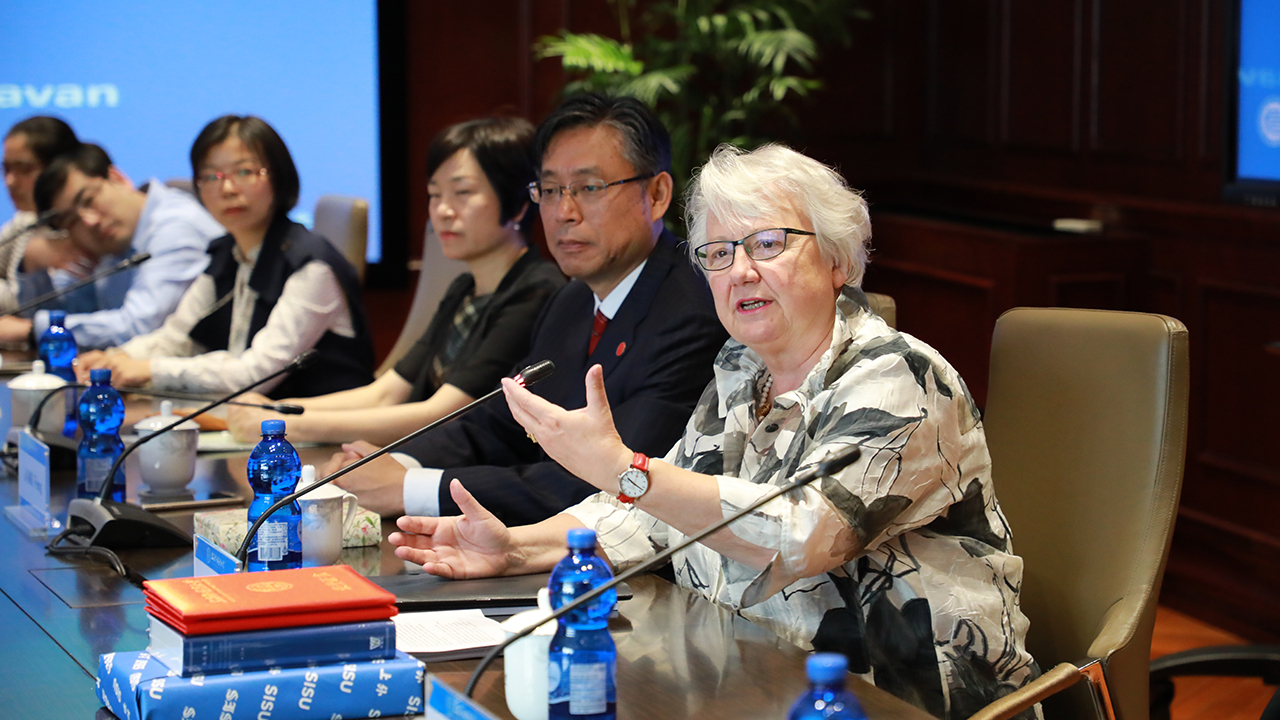 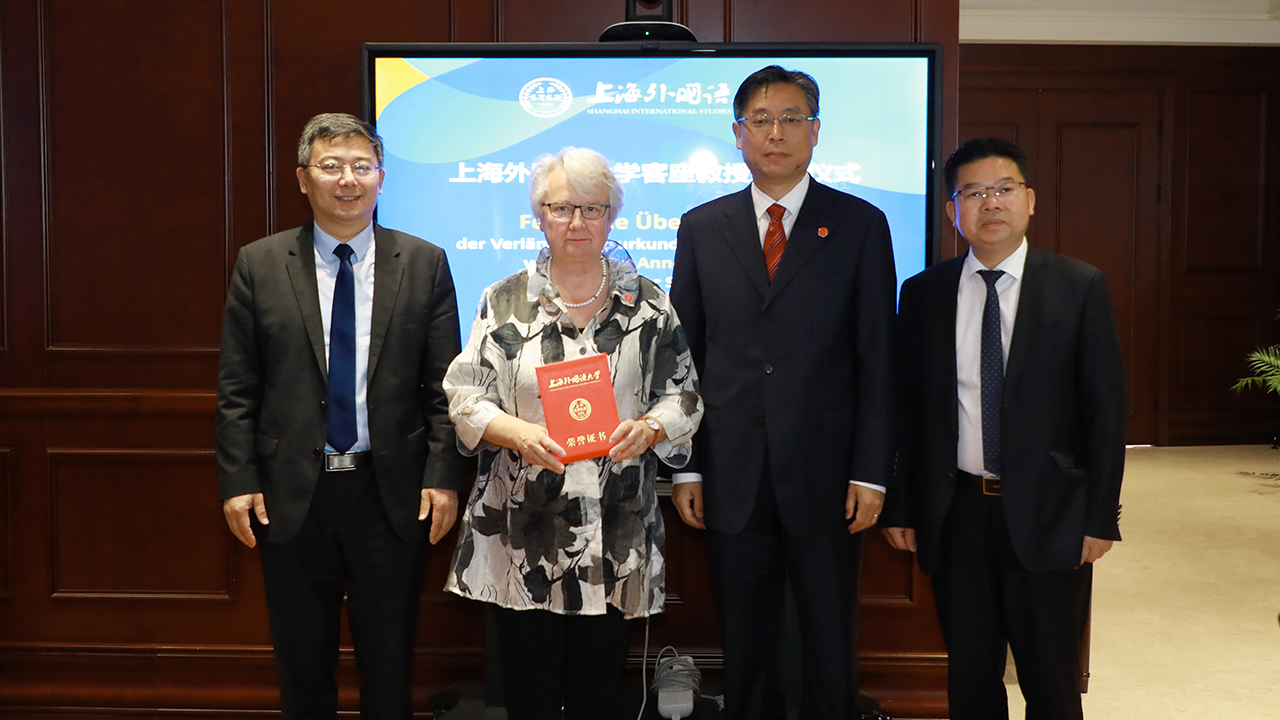 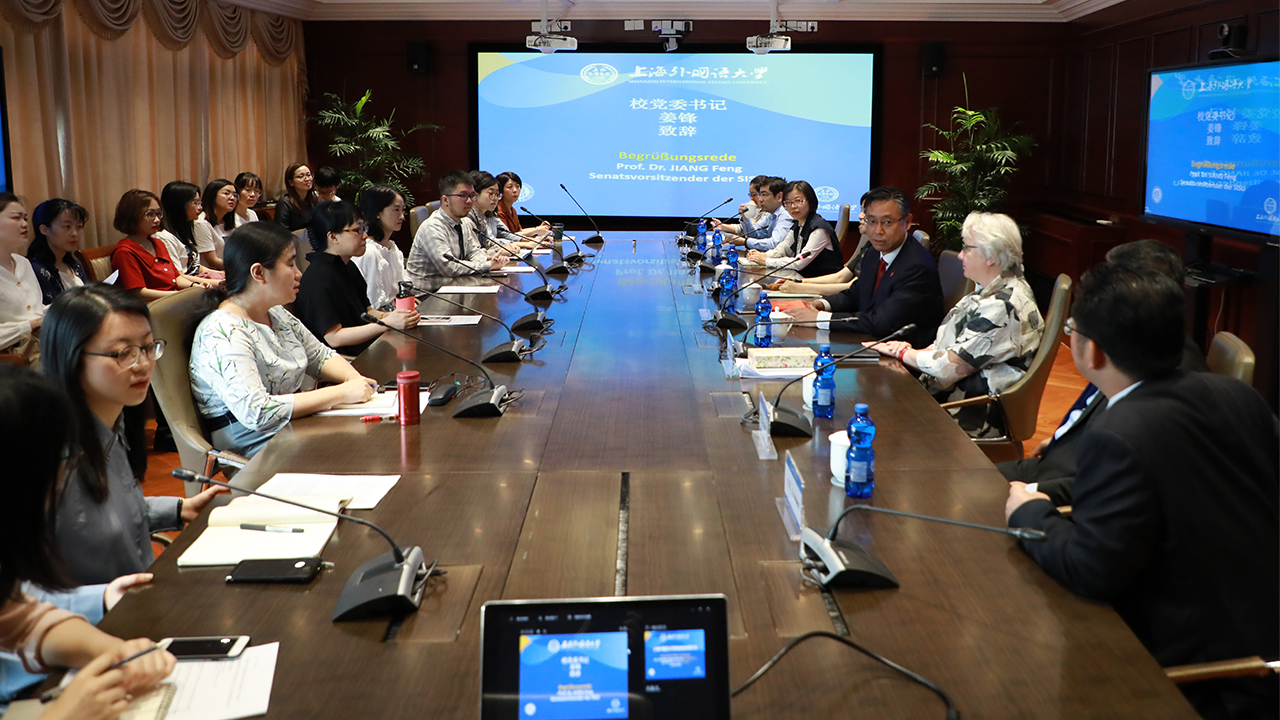 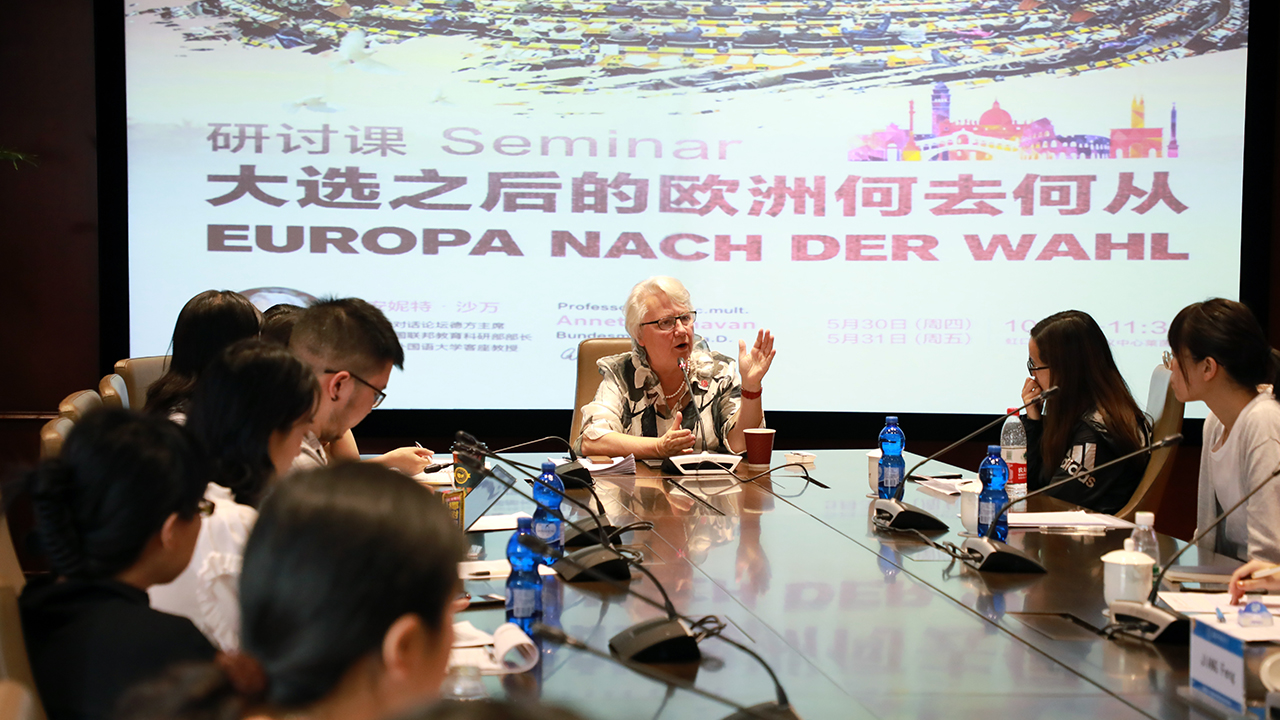 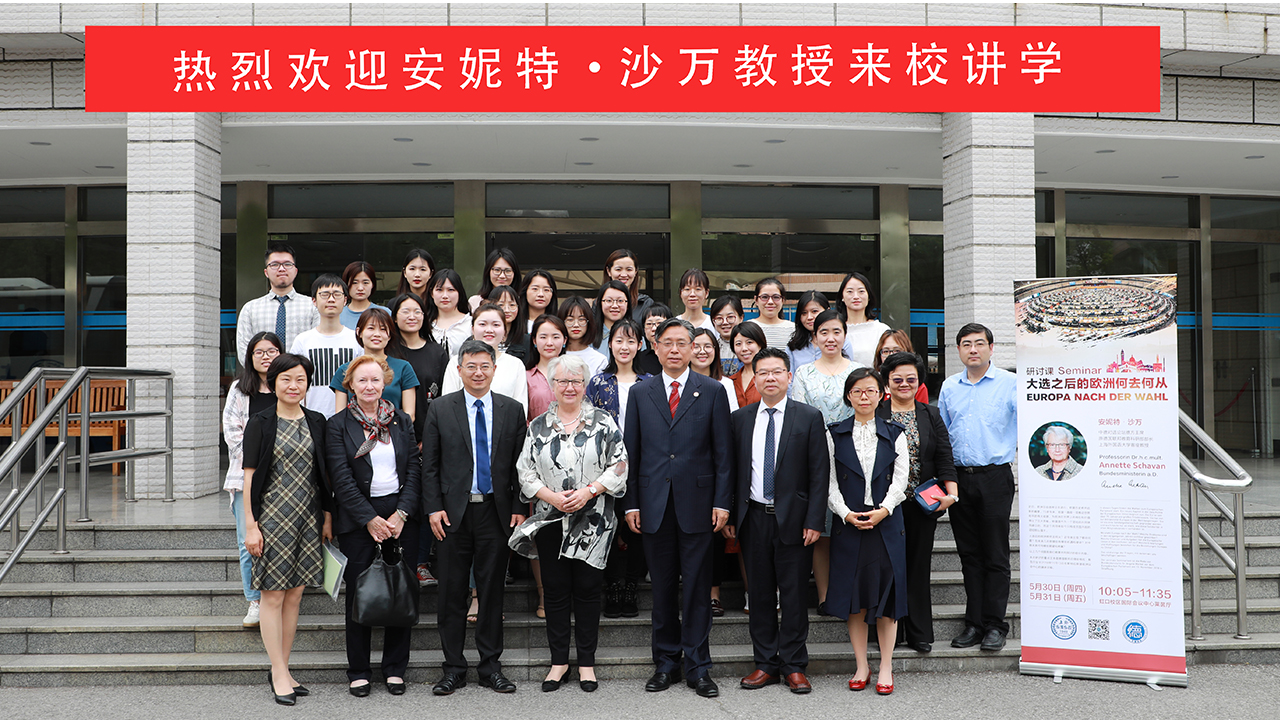 On May 30, 2019, Annette Schavan, German Chairman of China-Germany Dialogue Forum, visiting Professor of Shanghai International Studies University (SISU) and former German Federal Minister of Education and Research came to SISU to deliver lectures and accept the reappointment to continue to serve as a visiting professor at SISU. The reappointment ceremony was held on Hongkou Campus. SISU University Council Chair Jiang Feng attended and addressed the ceremony.

In his speech, Jiang Feng pointed out that dialogues are crucial to China-Germany relations. He extended his gratitude to Professor Schavan for her great contributions to the talents cultivation and scientific research at SISU, as well as cultural exchanges between China and Germany. Then, Jiang Feng presented to Professor Schavan the letter of appointment, and the Chinese translation of The Complete Works of Goethe.

Professor Schavan first reviewed the close China-Germany cooperation in culture and education in recent years, and expressed her appreciation for SISU’s fruitful achievements in international cooperation, as well as the outstanding contributions of SISU’s School of Germanic Studies to the studies on German literature. China and Germany, said Professor Schavan, have established close cooperative partnerships in economy, culture and education, which benefit from the interest and curiosity of both sides. It is the good wish of the peoples from both countries to increase mutual understanding that enables China and Germany to keep deepening cooperation and seeking mutual benefit. According to her, young people are the future of the country, and she is happy to discuss with young people the major issues concerning the future of mankind, such as climate change, digitization, and aging population. In the end, Professor Schavan congratulated on the 70th anniversary of the establishment of SISU and extended her hope that SISU could accomplish greater achievements in cultural exchanges and academic research.

After the reappointment ceremony, Professor Schavan delivered a lecture on the theme of “Europe after the election”. In the lecture, she first reviewed the historical background and development of the European Union (EU). She pointed out that the establishment of EU is an innovative step which ushers Europe into a new era of peaceful development. Then, she analyzed the impact of the European Parliament elections on the future of European politics, which ended on May 26. According to her, the weakening of traditional predominant party groups and the increase in the seats of populist political parties reflect that political individualization has brought huge challenges to EU. However, it still serves the long-term interests of all EU countries to seek common ground and development while reserving differences. Later, Professor Schavan had an in-depth discussion with the students on European integration and differences between European countries.