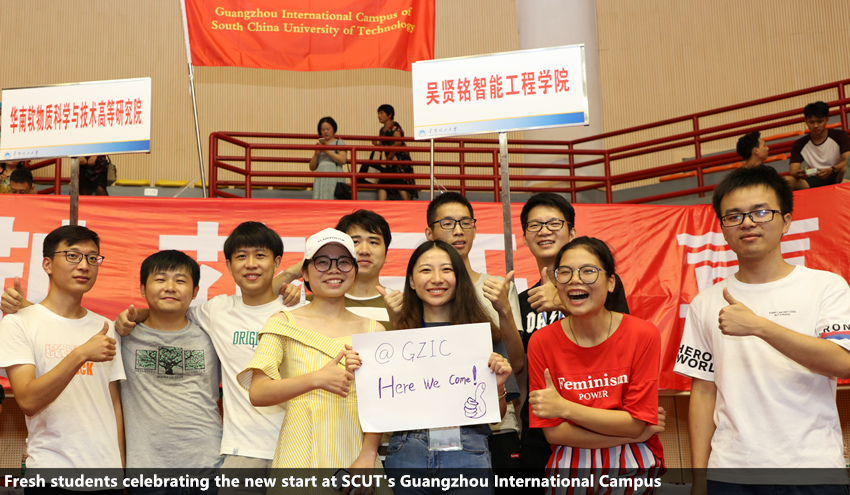 Nearly 13,000 fresh students registered at SCUT’s three campuses last week, as the generation born after 2000 for the first time spotlighted on the central stage of the welcoming day.
For this year, 6,182 fresh undergraduates, with 61% of them born in 2000, and 6,644 fresh graduates joined the great family of SCUT on June 6 and 7.
University leaders including Zhang Xichun, Wang Yingjun, Liu Qijin, Yu Qijun, Tao Shaojing, Dang Zhi, and Li Zheng were on site to instruct registration works.
The Guangzhou International Campus, which is SCUT’s third campus after ones at Wushan and the University Town, greeted the first arrivals of graduate students that were admitted to the Shien-Ming Wu School of Intelligent Engineering, the School of Biomedical Science and Engineering, and the International School of Advanced Materials.
After a digital registration system developed by SCUT was first used in welcoming fresh undergraduates, its usage was extended to graduate students this year. The system could perform much of the registration work and collect students’ information before they arrived at the campus for on-site registration.
In addition, students were able to mail their belongings to the university before leaving home, and pick them up once they arrive and finish the registration procedure. Welcoming points were set up at three railway stations of Guangzhou and the Tianhe Coach Terminal to help students with transporting large-sized luggage.