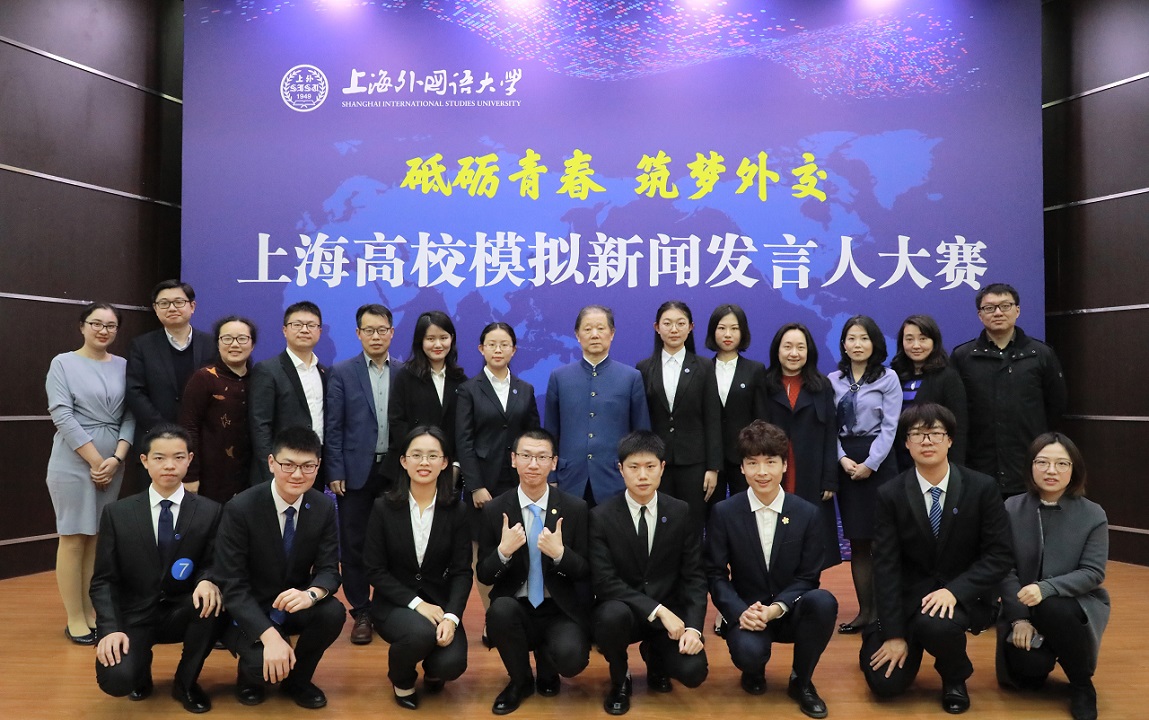 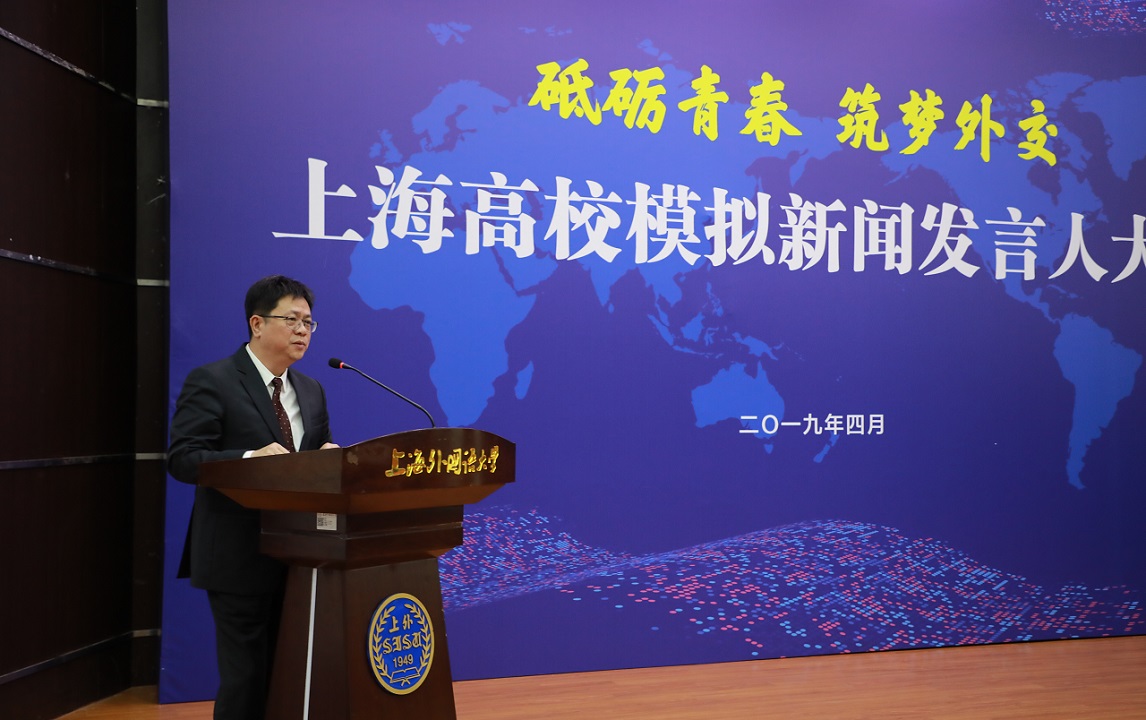 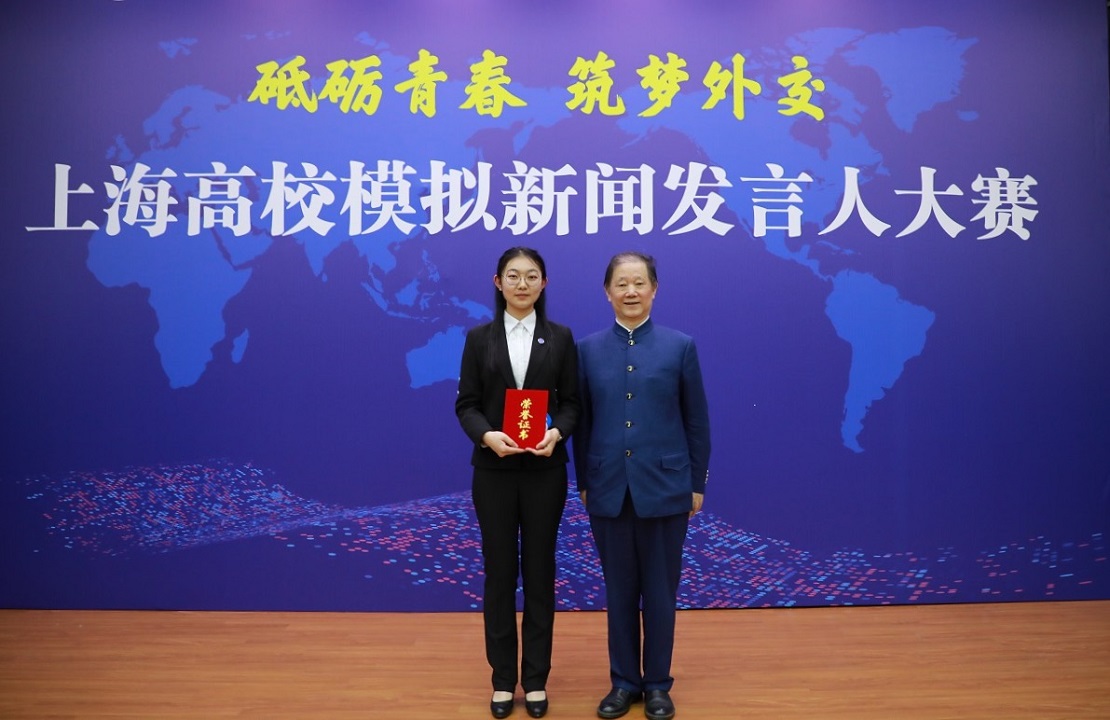 More than 100 students from over ten colleges and universities in Shanghai attended the final of the 2019 Shanghai universities mock spokesperson competition, which was held by Shanghai International Studies University (SISU) on Apr.14, 2019.

Selected from the preliminaries and semi-finals, 11 players eventually advanced to the finals. The final consisted of three parts: news commentary, press conference and Q & A.

Sun Yuxi, member of the diplomacy advisory committee on public diplomacy and former spokesman of Chinese foreign ministry, said that all the contestants have well shown some good characteristics of a spokesman.

A series of diplomatic and foreign affairs educational activities held by SISU’s Office of Student Affairs have become a part of campus culture. Since March this year, SISU has held several lectures to train the young students' ability to understand and deal with foreign affairs.