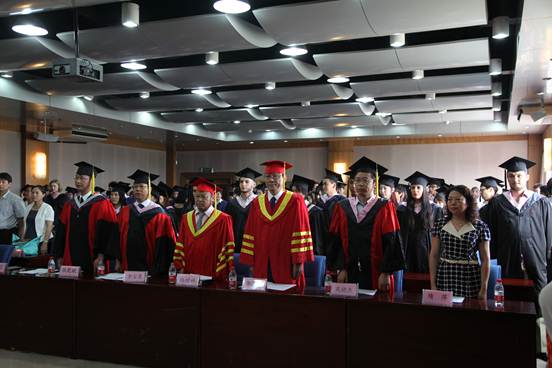 First, on behalf of Ceremony, LNNU Vice President Li Qingwei congratulated the graduates and was very pleased with these excellent graduates. When talking about these foreign graduated, Vice President Li Qingwei pointed out, “You like Chinese culture and come to LNNU from all parts of the world, overcoming language barriers. Your feelings toward China is very admirable. After you are back home, I hope you international students continue to study Chinese, disseminate Chinese culture and contribute to deepen the friendship between China and foreign countries.” 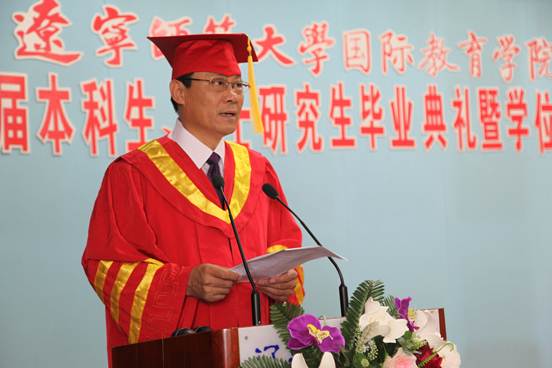 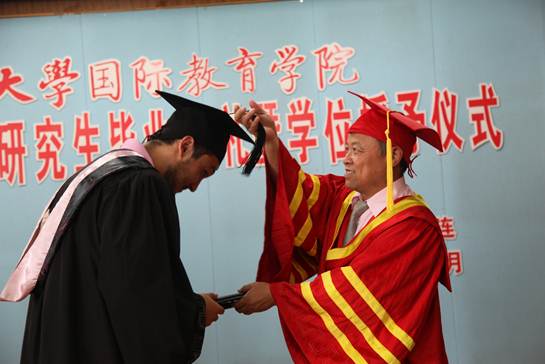 Then, student representatives gave speeches. Helen from Russia, King Alin from Korea, Goya from Italy, Haratamataki from Japan and Chinese Master Degree graduate Lu Hongfei related their study and achievements and expressed their departing feelings toward their old university.  Haratamataki said, “ During these two short years’ study in LNNU, we international students from different countries, cultures and living backgrounds can live and study harmoniously and make an indissoluble bond with China. I hope with my knowledge I can spread Chinese language and culture in the world.” Associate Professor Ma Shujun gave a speech on behalf of the tutors. She reminded the graduates that graduation is not the end of study, but a beginning of a new study phase and hoped they can endure the social tests and trials and gain more hopes and dreams.
Later, Deputy Dean Cao Ru announced the lists of Provincial, municipal, university and school level awards of the graduates. Yuan Xaiojie, the Director of the Department of Academic Affairs awarded  the certificate to the graduates who earned the award. Associate Professor Di Qianbin, the Deputy Dean of Graduates Institute awarded the honor certificates to the Excellent Graduation theses earners. Sui Ping, Party Secretary of LNNU College of International Education awarded the honor certificates to the students who won the Prize for Outstanding Contribution to the Development of the College of International Education.
At the close of the ceremony, LNNU leaders, faculties and all the graduates take photos together in front of the library.