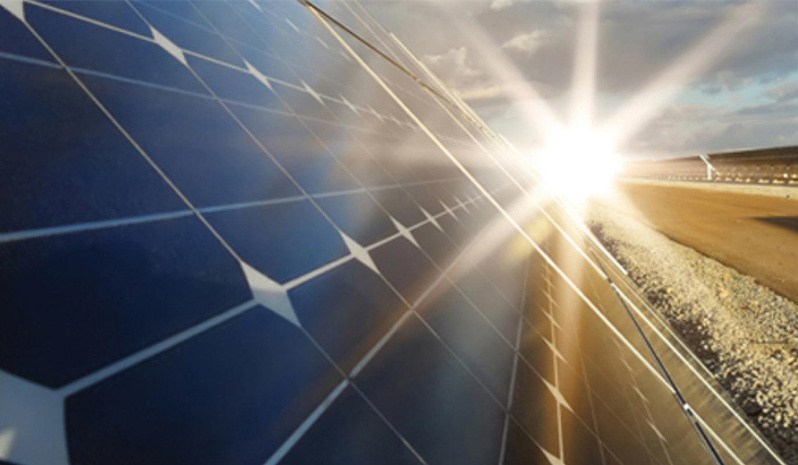 Organic solar cells are made of cheap and abundant materials, but their efficiency and stability still lag behind those of silicon-based solar cells. Scientists of SCUT and their colleagues in German have found a way to enhance the electric conductivity of organic solar cells, which increases their performances.

This study, led by Professor Xie Zengqi at SCUT’s State Key Laboratory of Luminescent Materials and Devices and Professor Frank Würthner at the University of Würzburg, Germany, was recently published in the journal Angewandte Chemie, revealing that doping the metal oxide interlayer, which connected the electrode and active layer, with a modified organic dye boosted both the efficiency and stability of solar cells.

Organic solar cells convert light into electric current. The heart of the cells is the active organic layer made of specially designed organic molecules. Here, electrons and holes, the positive counterparts of the electrons, are generated by light and travel to the electrodes to form the electric current.

A recurrent problem in organic solar cell design is the matching of the material types. The electrodes are made of inorganic materials, but the active layer is organic. To join the two materials, metal oxide interlayers are introduced in many organic cell types. But in most designs, the resulting conductivities are not optimal.

The above-mentioned research investigated the idea of making a zinc oxide interlayer slightly more organic and photoconductive to reduce the contact resistance when irradiated with sunlight. The scientists prepared an organic dye in such a way that it formed stable complexes with the zinc ions present in the zinc oxide layer. Under sunlight, this modified dye called hydroxy-PBI would then inject electrons into the zinc oxide interlayer, which would increase its conductivity.

The scientists then assembled the organic solar cell, which consisted of an indium tin oxide glass (ITO) electrode, the zinc oxide layer doped with the hydroxy-PBI dye, the active layer made of a polymer as the electron donor and an organic molecule as the acceptor, another metal oxide interlayer, and an aluminum electrode as the positive electrode. This architecture, which is called an inverted bulk heterojunction cell, is that of a state-of-the-art organic solar cell, which achieves a maximum 15 percent power conversion efficiency.

The interlayer doping was beneficial in several ways. Depending on the dye -- the scientists checked the performance of several dyes with slightly different structures -- conversion efficiencies of almost 16 percent were achieved. And the dye-doped zinc oxide interlayer also appeared to be more stable than one without the doping.

The authors said that it was important that the PBI dye was modified to its hydroxy-PBI form, which gave rise to tight complexes with the zinc ions. Only then could an inorganic-organic hybrid structure evolve to form a good contact with the active materials.