Portuguese President Visited SISU and Congratulated on its 70th Anniversary 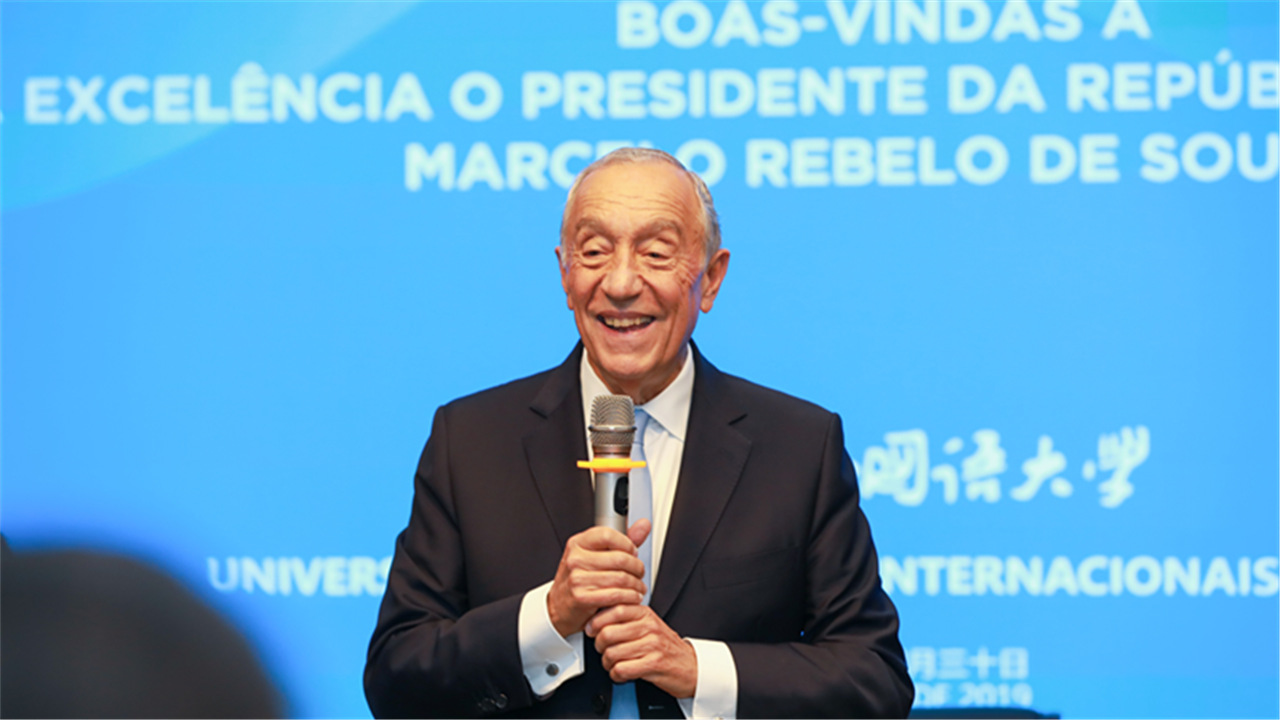 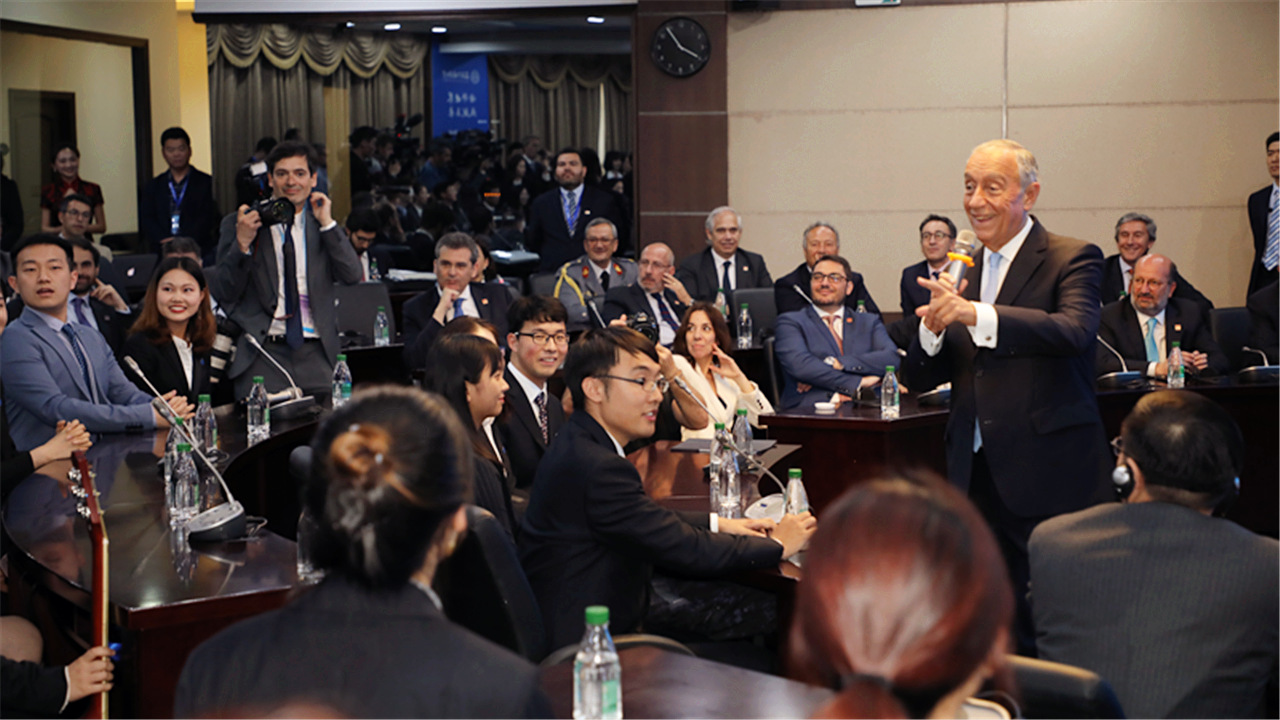 The two parties had a friendly discussion at the VIP Hall, Conference Center. Jiang Feng extended a warm welcome to President Rebelo de Sousa and his delegation. He stated that China and Portugal shared a long history of cooperation in politics, economy, education and so on. Against this backdrop, SISU had always had a friendly relationship with Portuguese institutions and universities. He introduced the development of the Portuguese major of SISU. The first Portuguese language degree program started in 1977 and the first master’s degree program in 2007. So far, over 300 Portuguese majors had graduated from SISU. Besides, the university had signed cooperative agreements with its counterparts in Portugal, including Universidade de Lisboa, Universidade do Porto, Universidade de Aveiro, Universidade Nova de Lisboa, etc. Both sides worked closely together in people-to-people exchanges and co-translation.

President Rebelo de Sousa spoke highly of SISU’s achievements in higher education, especially in Portuguese language education. He pointed out that this exchange would foster better understanding between the two countries.

At the talk, President Rebelo de Sousa congratulated on the 70th anniversary of the foundation of SISU and filmed a short video to express his good wishes. He hoped that more Portuguese students could come to SISU, come to China, learn from different cultures, and strengthen the friendly ties between the two countries.

Afterwards, President Rebelo de Sousa, accompanied by Jiang Feng, Li Yansong and Chinese Ambassador to Portugal, attended the welcoming ceremony at the Second Lecture Hall, Conference Center, SISU. He expressed his gratitude for SISU’s hospitality and emphasized the importance of language in cultural exchanges. 500 years of friendly exchanges between the two countries was built on the understanding of each other’s languages. Shanghai was the first city in China to include Portuguese language education in primary school and middle school curriculum. President Rebelo de Sousa congratulated on the this significant progress and praised SISU’s achievements in higher education, especially in Portuguese language education. He looked forward to including Mandarin education in Portuguese primary school and middle school curriculum. He pointed out that this exchange would foster better understanding between two countries.

Li Yansong addressed the ceremony and extended a warm welcome to President Rebelo de Sousa on behalf of all the faculty and students of the university. Li mentioned that when Chinese President Xi Jinping visited Portugal at the beginning of December, 2018, he published an article on Portuguese newspaper Diario de Noticias. In his article, President Xi spoke highly of the long enduring friendship and friendly exchanges between the two peoples. He also told the story of an elderly Chinese couple who had spent decades teaching mandarin and spreading Chinese culture in Portugal. This couple were in fact the founders of the Portuguese major at SISU. President Rebelo de Sousa’s visit would start a new chapter in Portuguese language education not only at SISU but also in entire China. Building on that, SISU would further promote its exchanges and cooperation with Portuguese universities and institutions.

President Rebelo de Sousa later had a friendly discussion with SISU’s Portuguese teachers and students on culture, language and people-to-people exchanges. The students recited Portuguese classic poems and performed Portuguese folk music, fado, to welcome the delegation. The President highly commended their performance. He also received a painting as a gift from the students.