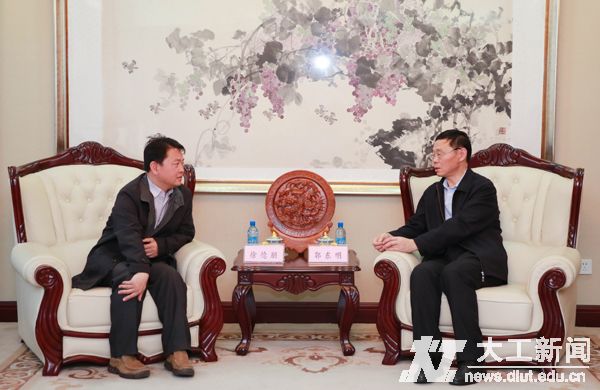 Guo Dongming welcomed Mr. Xu on behalf of the university and exchanged opinions on development prospects of aviation enterprises and in-house information management. He said that with the increase of cooperation with Changhe Aircraft Industries Group Ltd., they both benefited a lot, in which sense he hoped they can further strengthen their cooperation through projects.

Xu Depeng said that they had known more about the research competence of Dalian University of Technology and expected DUT could maximize its research advantages and apply its research achievements to company products, reaching a win-win situation. Meanwhile, he expressed his hope to work with DUT in more fields.

AVIC Industrial Changhe Aircraft Industries Group Ltd. was established in 1969 with total assets of nearly 4.3 billion RMB. It is of great advanced technology and has many self owned techniques.