During June 5th and 13rd, President NING Bin led a delegation to visit Cambodia, Hong Kong and Macao upon invitation. During their stay at Cambodia, the delegates paid a visit to the Royal University of Phnom Penh (RUPP), the South Campus and Siem Reap Campus of Pannasastra University of Cambodia (PUC). In Hong Kong, they visited Hong Kong Polytechnic University (PolyU) and the MTR Corporation Limited, whereas in Macao, they visited the University of Macao (UM) and the Macao Polytechnic Institute (MPI). The visit further strengthens collaboration between BJTU and universities and enterprises in Hong Kong and Macao, broadens partnership with Cambodian universities, and lays a solid foundation for BJTU to extensively participate in development of the Guangdong-Hong Kong-Macao Greater Bay Area and cooperate with countries along the “Belt and Road” in areas of education and science and technology, hence has accomplished its desired goals. 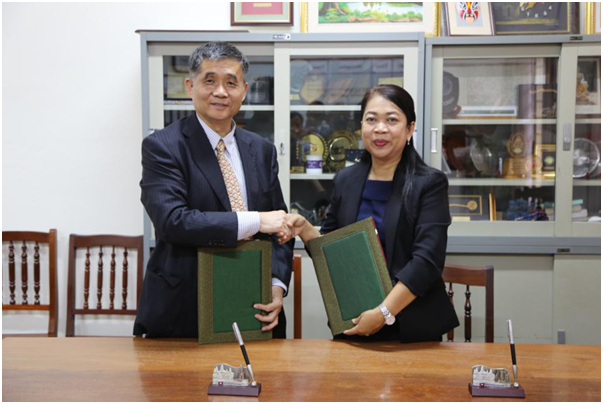 The delegation was first invited to visit the Royal University of Phnom Penh, during which President NING Bin signed a Memorandum of Understanding (MOU) with Dr. Oum Ravy, Vice-Rector of RUPP. The two parties reached a consensus that cooperation in areas of joint cultivation of students, mutual visits of faculty members and joint research would be conducted. President NING Bin briefed Dr. Ravy on the China-ASEAN Rail Transit Education and Training Association initiated by BJTU, and invited him to attend the upcoming 3rd Annual Meeting of China-ASEAN Rail Training Association: Seminar on Promotion for the Belt and Road Initiative. 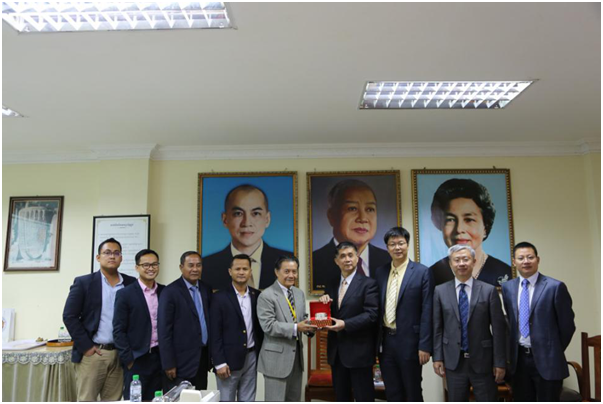 The delegation then went to the South Campus of Pannasastra University of Cambodia. Dr. Sam-Ang Sam, PUC Chancellor, briefed them on the university, especially its international efforts, and expressed his wish to collaborate with BJTU. President NING introduced disciplinary construction, research cooperation, and education of international talents of BJTU, and proposed to start with cooperation in areas of student and staff exchanges. 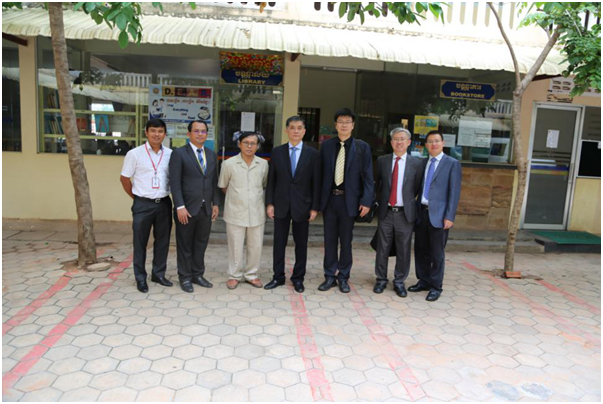 The delegates also visited the Siem Reap Campus of PUC, and met with Dr. Chea San Chanthan, PUC Chancellor. Both sides agreed to seize the opportunities of implementing the “Belt and Road Initiative” and strengthen collaboration in fields of student exchange, mutual visits of faculty members, and research cooperation. 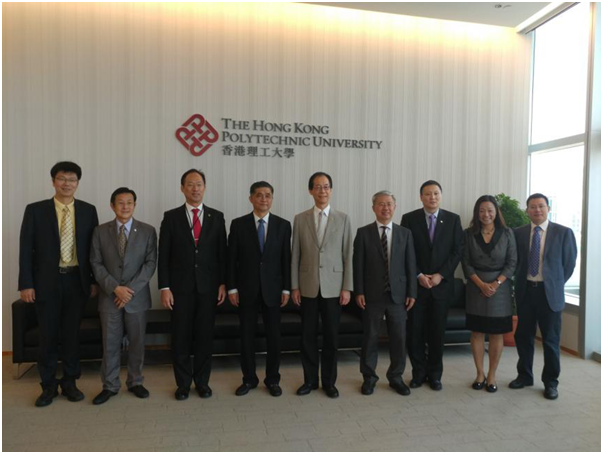 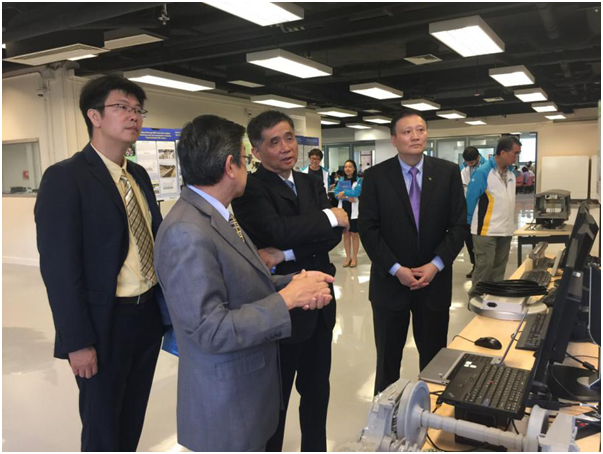 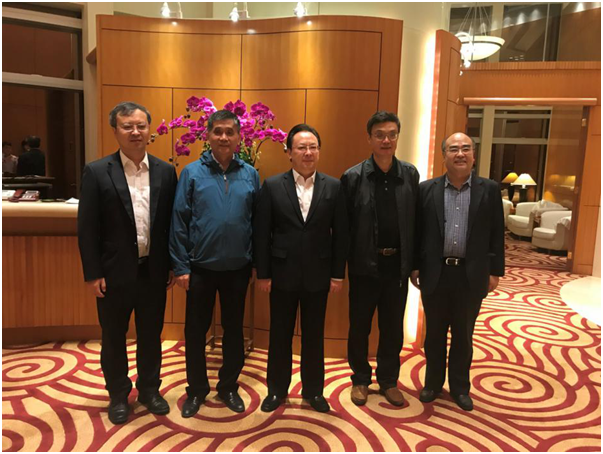 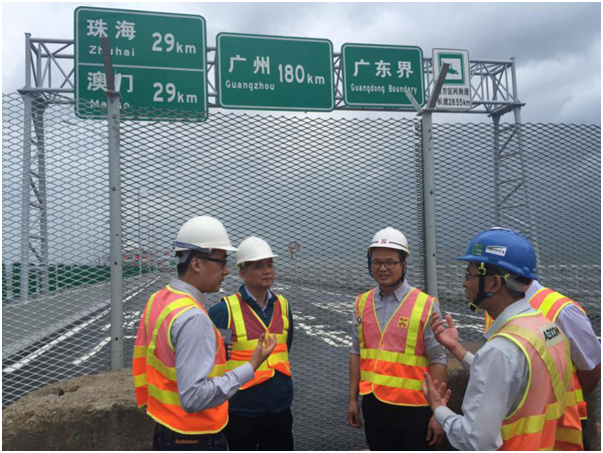 In Hong Kong, the delegation also paid a visit to the Liaison Office of the Central People's Government in the Hong Kong S. A. R., the Hong Kong-Zhuhai-Macao Bridge Engineering Information Center and the MTR Academy, and met with representatives of the Institution of Railway Signal Engineers Hong Kong and the BJTU Hong Kong Alumni Association. 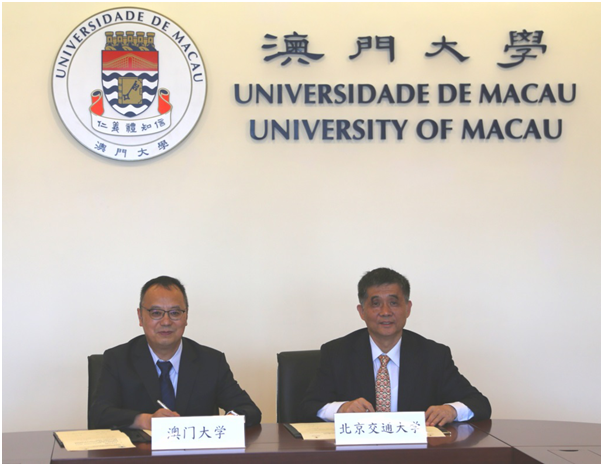 During their stay in Macao, NING Bin and the delegates visited the University of Macao, and talked with UM Rector SONG Yonghua. The rector gave an overview of UM, and expressed his wish to deepen cooperation with BJTU in fields of transportation and logistics. The two parties agreed to strengthen staff and student exchange and academic collaboration, and signed an agreement of research collaboration and academic exchange and an agreement of undergraduate exchange plan. 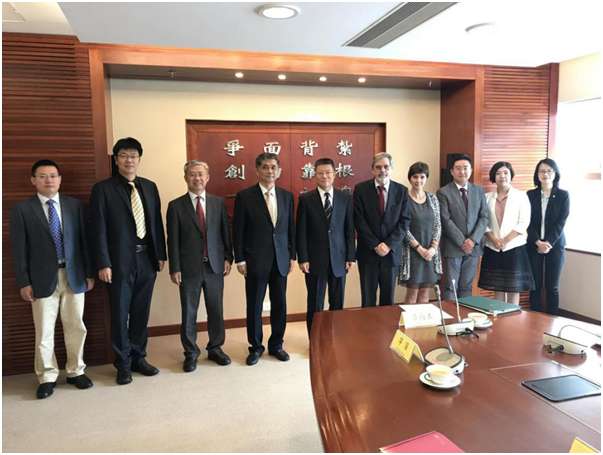 The delegates also went to the Macao Polytechnic Institute, and exchanged views with President Lei Heong Iok as well as heads of departments concerned. Both parties reached a consensus about Portuguese instructor training, establishment of Portuguese training centers and student exchange.

During the visit, the delegation reached unanimous agreements with universities and enterprises in Hong Kong and Macao that collaborations in transportation, information, logistics and other fields of mutual interest will be strengthened so as to contribute to development of the Guangdong-Hong Kong-Macao Greater Bay Area and implementation of the Belt and Road Initiative.