Prof. Atta-ur-Rahman, Academician of Chinese Academy of Sciences and Former Minister of Education and Minister of Science and Technology of Pakistan, Visited BJTU

On May 31st, Vice President GUAN Zhongliang met with the delegation from Pakistan led by Prof. Atta-ur-Rahman, Academician of Chinese Academy of Sciences and former Minister of Education and Minister of Science and Technology of Pakistan. Mr. Ata-ur-Rahman Safi, Counselor of Pakistani Embassy in China accompanied his visit. 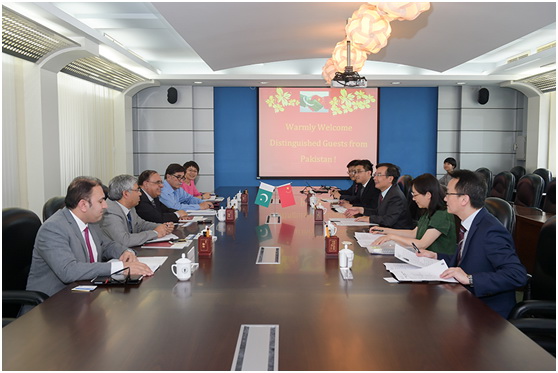 First, Vice President GUAN Zhongliang extended welcome to the delegation and introduced the history, features and internationalization of BJTU and service for the development of China’s rail transportation. He pointed out that Pakistan is China’s good neighbor and an important South Asian country along the “Belt and Road” Initiative. Various kinds of exchange and cooperation activities have been carried out between BJTU and Pakistani counterparts in recent years. He hoped that both sides would further strengthen mutual visits of teachers and students and launch the construction of Pakistan-China Center of Excellence for Railway Engineering that put forward by Pakistan.

Prof. Atta-ur-Rahman expressed gratitude to BJTU for the hospitality and comprehensively introduced the construction situation of the Paf-Austria University of Science and Technology and the Pakistan-China Center of Excellence for Railway engineering. He also conducted in-depth discussion and reached consensuses with BJTU on selection, training and dispatch of teachers, curriculum mapping, policy and fund support as well as cooperation among industry, university and research institute. He hoped that both sides would further enhance communication and mutual visits and launch the initial construction of the Center as soon as possible. 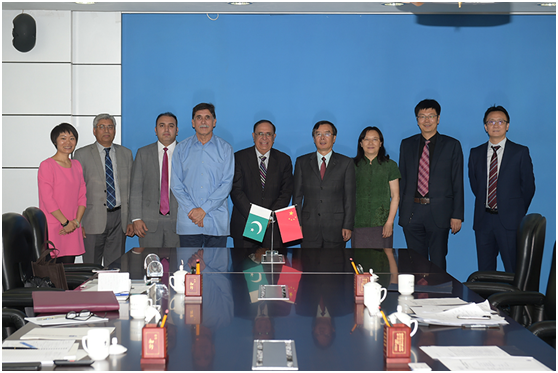 Principals from the School of Traffic and Transportation, Office of International Affairs and Center for International Education were also present at the meeting.