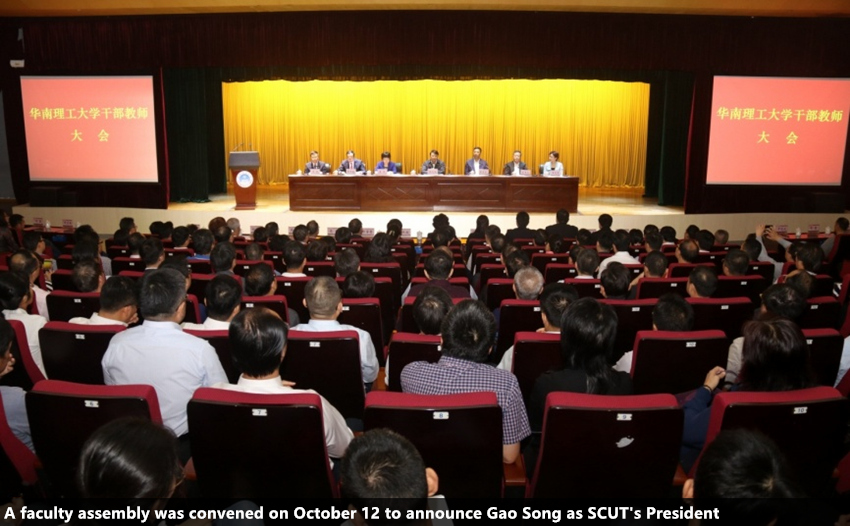 According to the decision made by the CPC Committee of the Ministry of Education, Professor Gao Song has been appointed as President of SCUT and Deputy Secretary of the CPC SCUT Committee, while his predecessor Professor Wang Yingjun no longer performs the above duties.
A faculty assembly was this morning convened at the Liwu Building of Science and Technology to announce the change.
Born in 1964, Professor Gao Song earned his PhD degree in inorganic chemistry at Peking University. He is currently a member of the Chinese Academy of Sciences.
Before taking office as SCUT’s President, he served as Vice President of Peking University from 2013 and Executive Vice President of Peking University since April 2018.