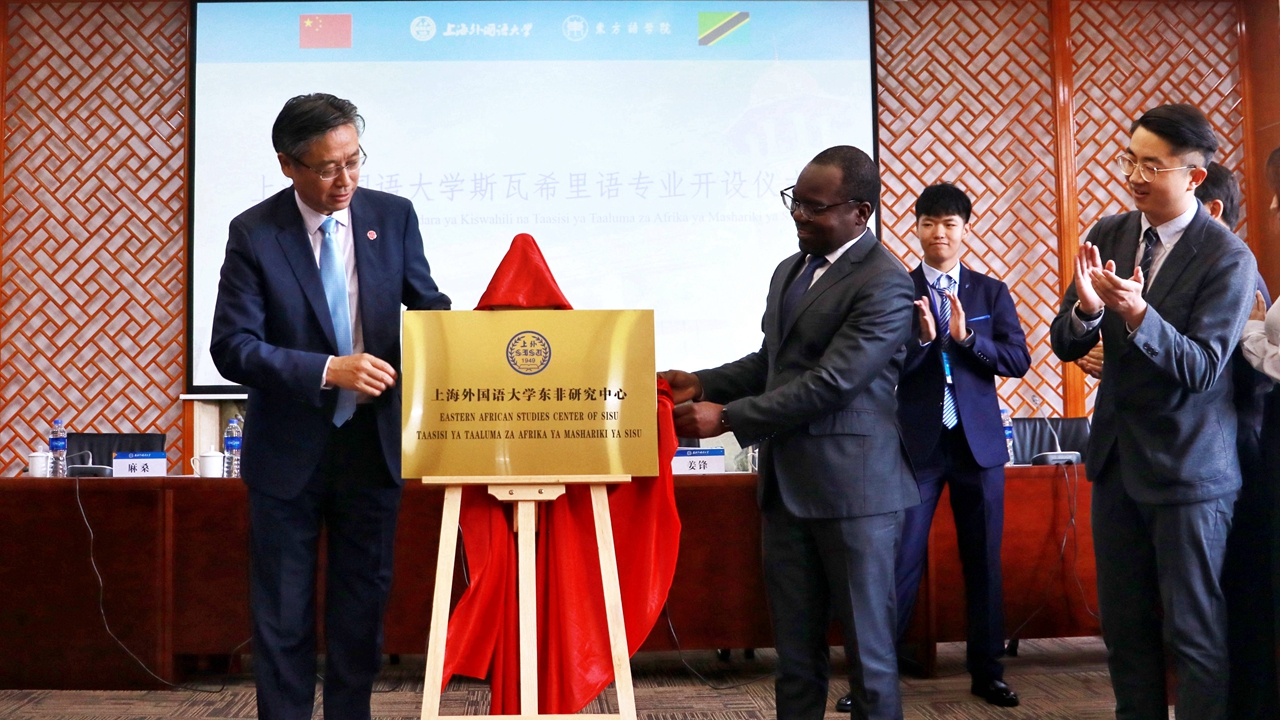 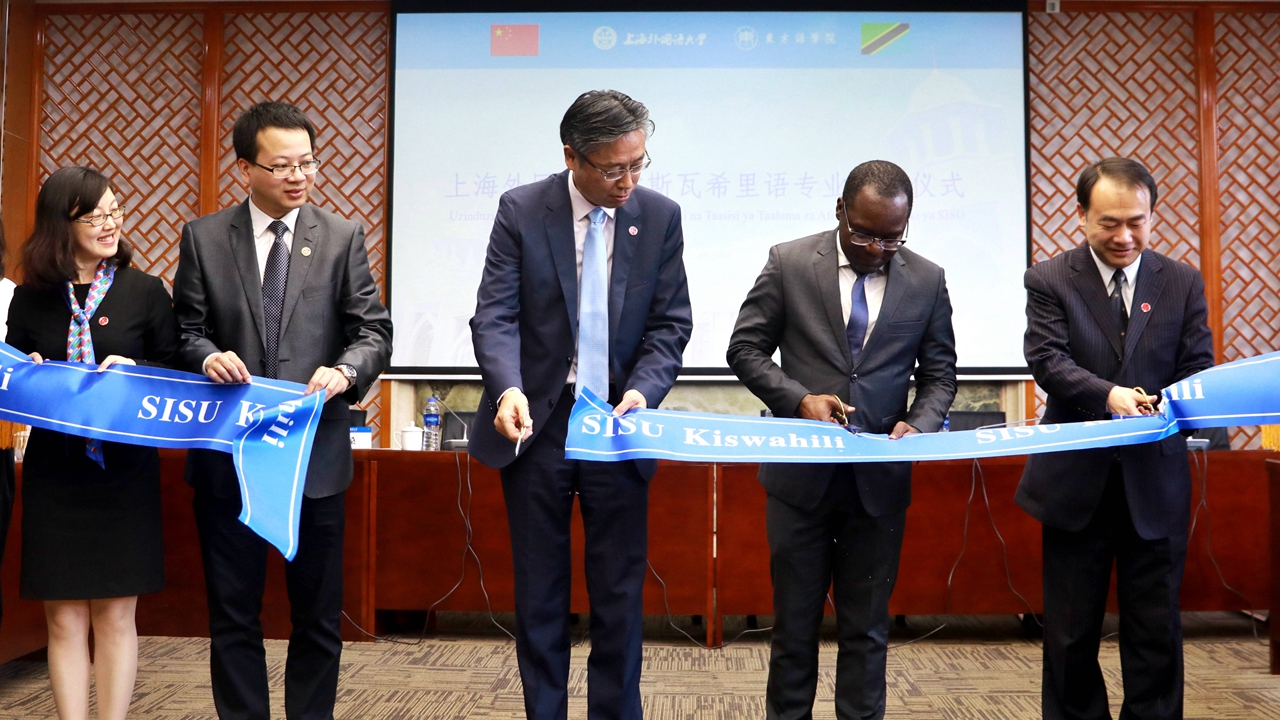 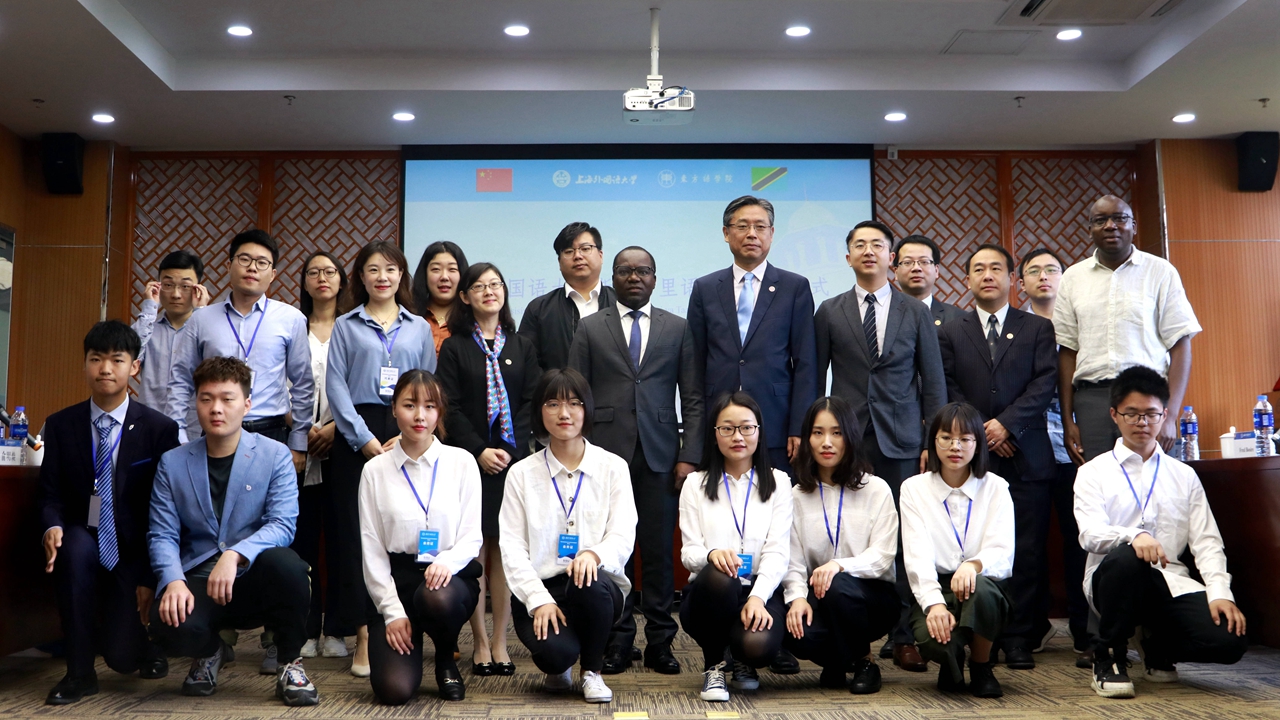 Before the meeting, Jiang Feng met with Gwassa and the two sides had an in-depth discussion on the cooperation and exchanges in education and culture between China and Tanzania. Jiang Feng introduced SISU’s language programs and its cultivation of outstanding international talents. He expressed his sincere gratitude for the support of the Tanzanian Embassy in China for SISU’s Swahili language program. Cheng Tong, dean of School of Asian and African Studies, Chen Xiaoli, council chair of School of Asian and African Studies and Ma Sang, deputy director of Office of International Cooperation and Exchange attended the meeting.

At the launching ceremony of the Swahili language program, Jiang Feng extended a warm welcome to Counselor Gwassa and all the experts present. In his speech, he pointed out that the founding of the Swahili language program and the Center for Eastern African Studies is of great significance to promote African Studies. SISU will focus on the “multilingual+” strategy and the construction of “strategic languages” to make greater contributions to the “Belt and Road” initiative.

Counselor Gwassa pointed out in his speech that President Xi Jinping delivered an important speech at the Beijing Summit of the Forum on China-Africa Cooperation in 2018, proposing eight major initiatives plans, in which people-to-people exchanges serve as an important part, and "The future of China-Africa relations lies in young people." Counselor Gwassa said that Kiswahili, as the only Africanlanguage among all the working languages of the African Union, is important to Africa and beyond. He expressed his expectations for the first Swahili majors, hoping that they could achieve academic success and contribute to China-Africa and China-Tanzania friendship in the future. At the same time, he congratulated on the founding of the Center, hoping that it would provide a better platform for cultural exchanges and academic research between China and Africa.

The founding of the Center signals that SISU, along with developing the Swahili BA degree program, will promote studies in East African history, culture, politics, economy and Chinese-African relations. After the ceremony, the "Swahili Language and Culture and East African Studies" symposium was held. The conference held in-depth discussions on the languages and social economy of East Africa, the development of Swahili language and the history and culture of East Africa.