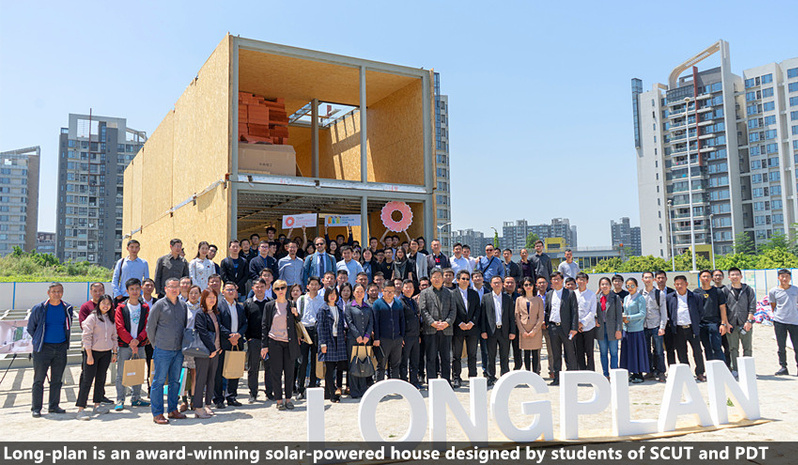 SCUT has been approved by the Ministry of Education to run a master's program of architecture in urban design jointly with the Polytechnic University of Turin (Politecnico di Torino, PDT), Italy.

This is the first Chinese-foreign joint master’s program in urban design, offering students degree certificates from both SCUT and PDT upon their graduation.

The program is scheduled to take fresh students from 2020, with a current plan of enrolling 30 students who will have to pass the National Graduate Entrance Examination and fulfill the program’s requirements for admission.

Admitted students are supposed to spend two years in the program, including half a year studying abroad.

It has been over a decade since SCUT and PDT started academic exchange visits in 2008. They set up a 1+3+1 double-degree program for architectural undergraduates in 2010, and then in 2015, the South China-Turin Joint Laboratory was co-founded to promote both scientific research and graduate student training.

One of the fruits produced by these efforts was Team SCUT-POLITO, a group of student architects from both universities. They were crowned the champions at Solar Decathlon China 2018, a prestigious international competition that challenged student teams to design and build solar-powered houses.

PDT is one of the oldest and largest polytechnic universities in Italy. It was ranked 41st in engineering and technology by the 2019 QS World University Rankings, with its art history, civil engineering, architecture, and electronic engineering ranked within the global top 50.