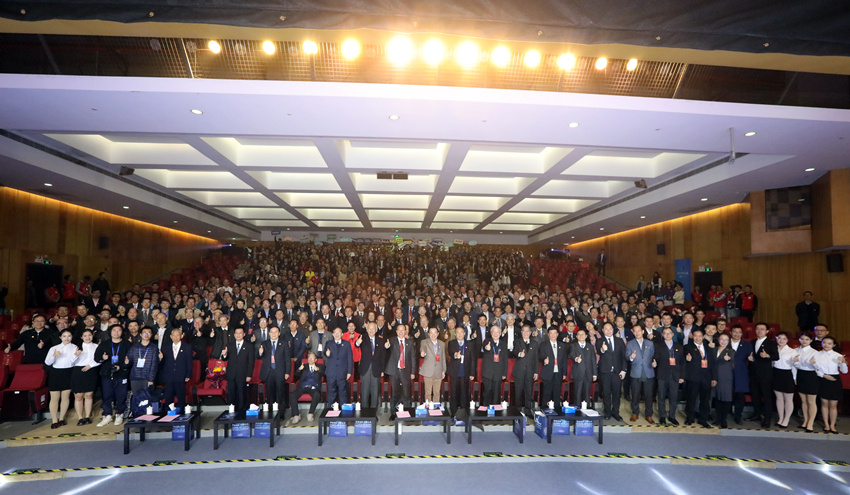 SCUT on last Sunday held the first Global Alumni Conference to celebrate its 66th anniversary for establishment and 100 years of history since its predecessors undertook the career of education in 1918.
The conference, taking "Be excellent, leads the future" as the theme, was held in the Liwu Building of Science and Technology on December 16, with Zhang Xichun, Secretary of the CPC SCUT Committee, giving a keynote speech, and Gao Song, President of SCUT, presiding over the event.
Leaders of the university, members of the University Council, as well as representatives of the Alumni Association of SCUT and its 148 branches around the world were present to witness this great day.
The Global Alliance of SCUT's Entrepreneurs, an organization proposed by 11 distinguished alumni of SCUT, was also formally launched on the conference.
The conference, after the opening ceremony in the morning, held five sub-panels to discuss scientific research and growing trends of five industrial fields, including information technology and artificial intelligence, advanced materials, intelligent manufacturing, energy saving and environmental protection, and bio-pharmaceuticals.
In 1952, four institutions of higher learning merged together as the foundation for the South China Institute of Technology (SCIT), now known as the South China University of Technology (SCUT).
Among those four predecessor institutions was the Guangdong Industrial Institute, originally called the Guangdong First Specialized School of Industry when it was first founded on August 20, 1918.
Over the next several decades, teachers and students of the school were known for their extraordinary contributions to the revolution that gave birth to modern-day China, as they never wavered in coming to the aid of China by providing technological and engineering skills.
This tradition of making the nation thrive by promoting education, industry and technology has endured a century until today, when the people of SCUT are realizing the dreams of their founding fathers to build a world-class university.