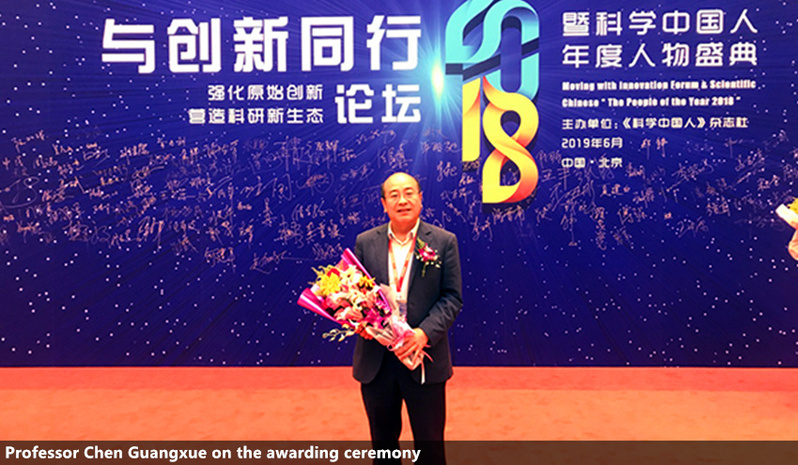 Professor Chen Guangxue of SCUT was recognized by the Scientific Chinese magazine as a “People of the Year 2018” for bringing advances to materials science, in particular with regard to technological innovation in color 3D-printing.

The awarding ceremony was held in Beijing on June 28, with over 500 distinguished guests being present, including officials of central governmental agencies, prestigious scholars and scientists from all over the country, as well as journalists of major media agencies.

This year’s awards were granted to over 200 scientists from 15 different fields, ranging from life science, information technology, materials science, and others.

Chen Guangxue is a Professor at the School of Light Industry and Engineering of SCUT. Many of his research projects focused on map drawing, printing and packaging, and applications of internet of things (IoT).

During recent years, his research team made considerable progress in both theory development and technical innovation, and solved a number of key issues in green materials for printing and packaging, 3D printing, printed electronic, and intelligent packaging.

Founded in 2002, the “Scientific Chinese People of the Year” is today known as one of the most influential public awards in China.