SHU Delegation Visits Four Universities in the UK and the US

On April 11th, our delegation visited University of Edinburgh in the UK, welcomed by Prof. James Smith, Vice President of the University, Mr. Stuart Easter, senior official at the International Division, Prof. Tom Bruce, head of the Department of Nature and Engineering, Prof. Tim Stratford, Director of the School of Engineering, and academician Alistair Borthwick, Director of Scientific Research Department, School of Engineering.  Prof. Gong Siyi and Prof. James Smith signed a memorandum of understanding between the two universities and an agreement on the joint cultivation program of 2+2/2+3 dual degree for civil engineering. Prof. Liu Wenguang, Director of the SHU Department of Civil Engineering, and Prof. Tom Bruce, head of the Department of Nature and Engineering at University of Edinburgh, witnessed the signing process. Through this visit, the two sides will promote further cooperation in the fields of joint doctoral training, student & faculty exchange, and scientific research. 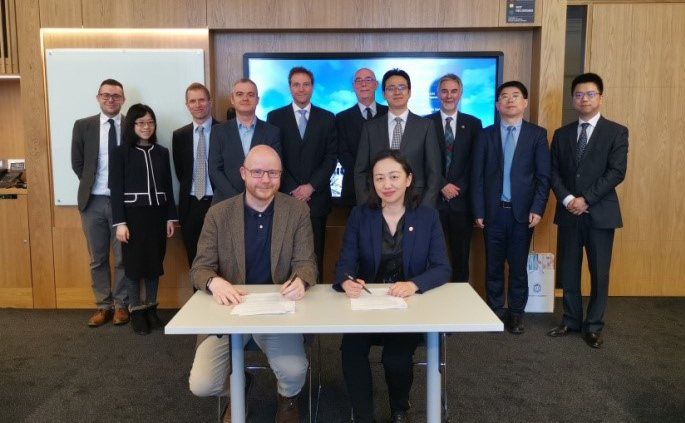 On April 12th, our delegation visited University of Sussex, where Prof. Stephen Shute, Vice President of the University, Prof. Xi Li, senior official responsible for the East Asia Region at International Division, Prof. Li Camm, Director of Global Cooperation Office, International Division, and Prof. Kate O’Riordan, Director of the School of Media, Film and Television, met with the delegation. Prof. Gong Siyi and Prof. Stephen Shute signed a memorandum of understanding between the two sides on behalf of the two universities. The two sides conducted in-depth discussions on strengthening academic cooperation in related fields such as digital humanities and news media, and reached a consensus on the joint organization of academic seminars and the implementation of shadow plan for administrative departments in the near future. 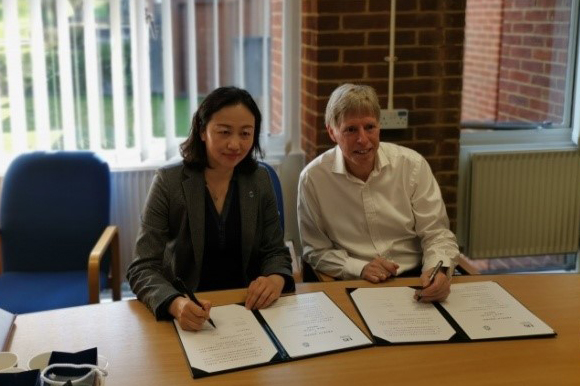 On April 15th, our delegation visited Rice University located in Houston in the southern United States. Vice president Gong Siyi had talks with Prof. David Leebron, President of Rice University, and Prof. Caroline Levander, Vice President of foreign affairs. The two sides conducted in-depth discussions on further strengthening academic exchanges and cooperation between the two universities in the field of advanced materials, and reached a consensus on how to concretely implement the cooperation between the discipline teams in joint research and doctoral training. During the visit, Prof. Liu Yi, Deputy Director of SHU Materials Genome Institute, Prof. Ren Wei and Prof. Cao Shixun at the Center for Quantum Studies, College of Sciences, conducted academic exchanges with the related discipline teams of Rice University. In 2018, Prof. Cao Shixun from SHU College of Sciences and Prof. Junichiro Kono from Rice University jointly published a paper in the journal Science as joint corresponding authors. 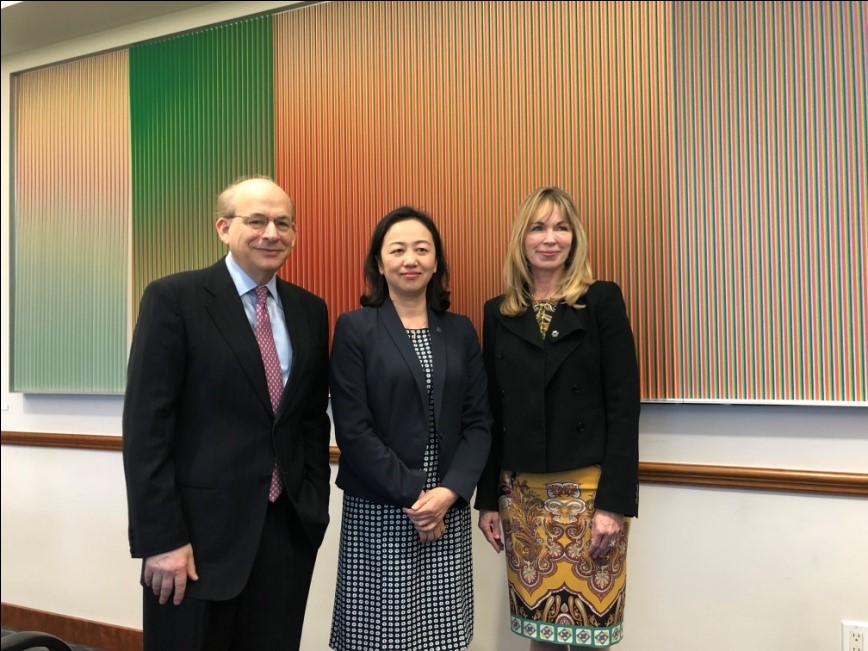 On April 16, Vice President Gong Siyi was invited to lead a delegation to visit University of Kentucky (UK) and held talks with Prof. Su. Roberts, Associate Provost of University of Kentucky, during which the two sides signed an agreement on SHU-UK 3+2 joint undergraduate and postgraduate program for biology. Our delegation focused on in-depth discussions with the relevant responsible persons of College of Pharmacy and Department of Biology at University of Kentucky on the cooperation of the two universities with respect to scientific research and joint cultivation of talents in the fields of biomedicine and pharmacy. During the visit, our delegation also visited Confucius Institute jointly established by the two universities and the newly completed Confucius Institute building. 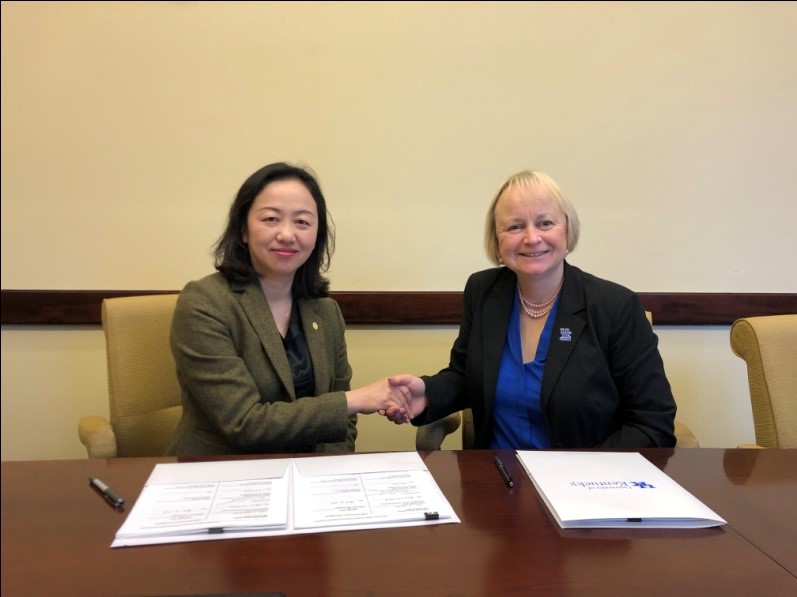 University of Sussex is one of the top 1% elite universities in the world. Its all-time highest ranking is 8th in the UK, 16th in Europe and 79th in the world, according to The World University Rankings.

University of Kentucky, founded in 1865, is a leading public research university in the US and also the largest university in Kentucky. The graduate education of its College of Pharmacy, Martin School of Public Policy and Administration, School of Law and School of Medicine is among the country’s top ones.