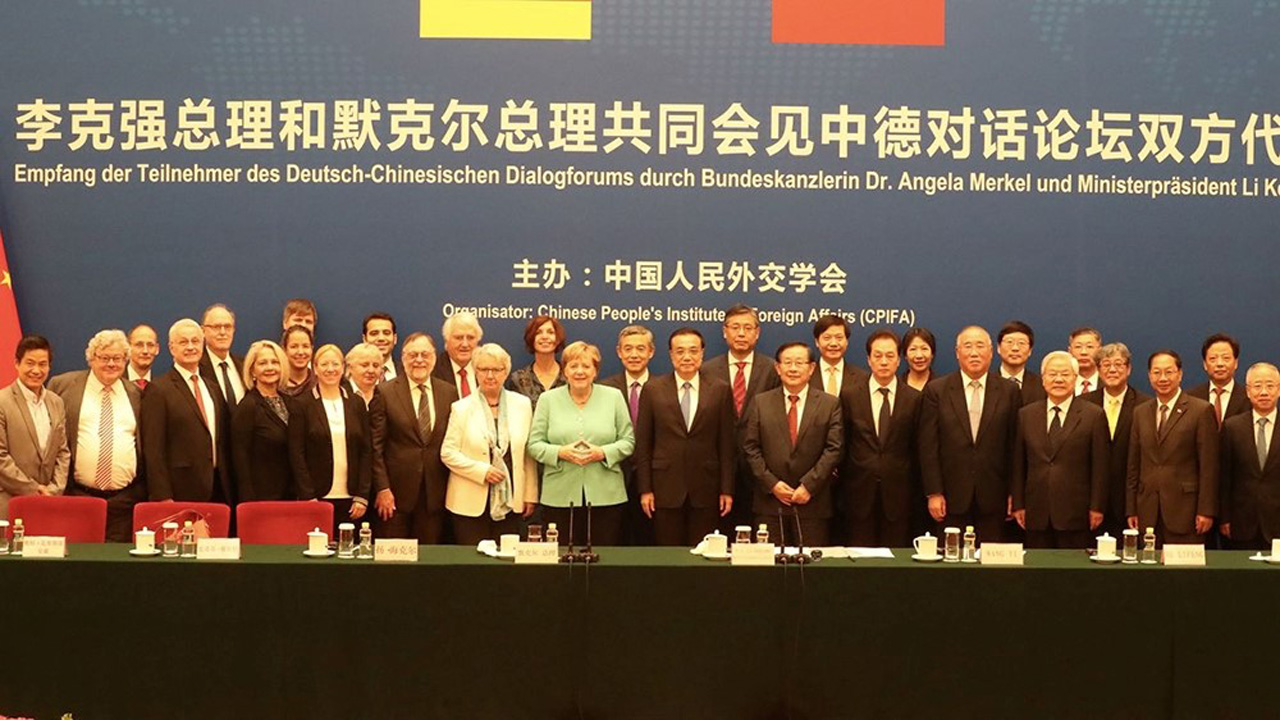 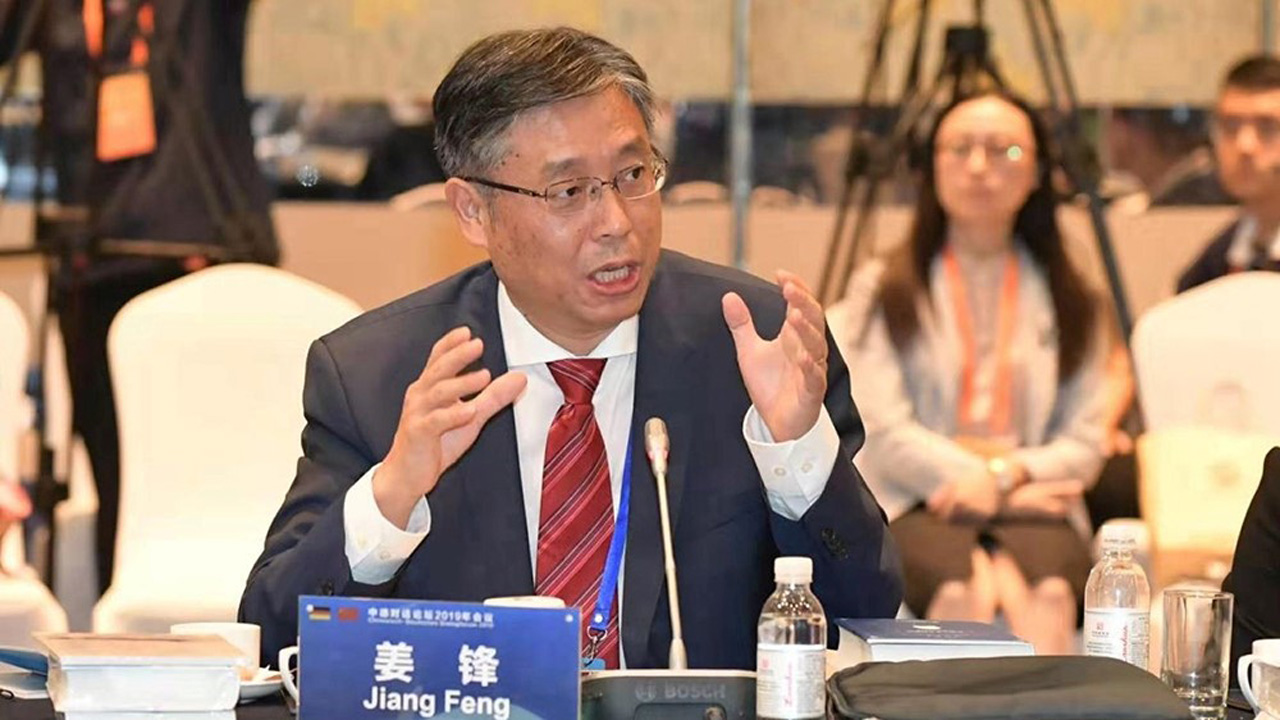 After the forum, Jiang attended a meeting between Chinese Premier Li Keqiang and German Chancellor Angela Merkel and delegations from both countries on Sep. 6, 2019.

Jiang shared his observation and studies in the first session of “How China and Germany see each other” on the forum’s first day, and gave suggestions for Sino-Germany relations.

Chinese Premier Li highly appreciated the forum for playing a special role in developing Sino-German relations, promoting bilateral cooperation and improving the well-being of the two peoples since its establishment. He added that there would be more favorable conditions for the cooperative proposals. German Chancellor Merkel said the forum could provide more opportunities for China and Germany to work and develop together.

The theme video directed by SISU teachers and students was showed during the opening ceremony of the forum. The forum also displayed the 28th Volume of Goethe Gedichte, which was supported by National Philosophical and Social Science Foundation, and the project achievement of the Center for China-German Socio-cultural Exchanges-- Moments of Encounter - Exchanges between University Students from China and Germany.

Founded in 2005 at the initiative of two prime ministers from China and Germany, the forum provides a platform for the two countries to exchange workable ideas and cooperate in various fields including climate change, digital education, vocational education, scientific research and social aging.