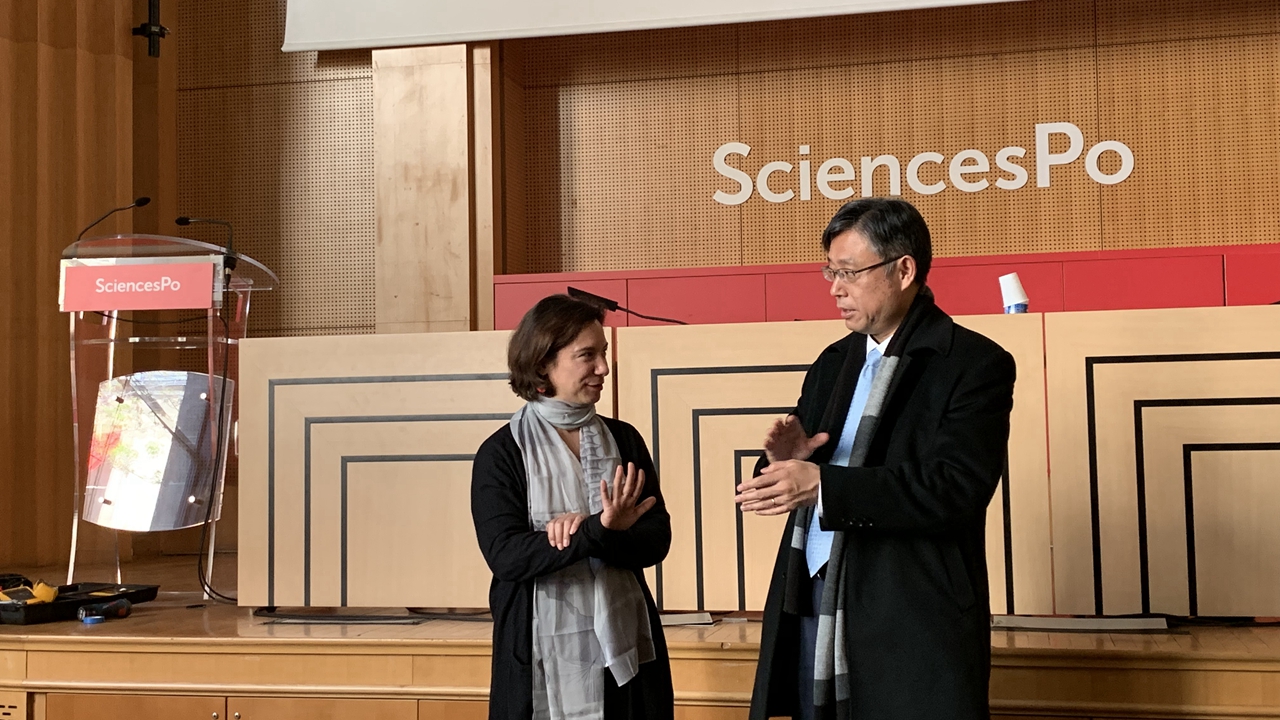 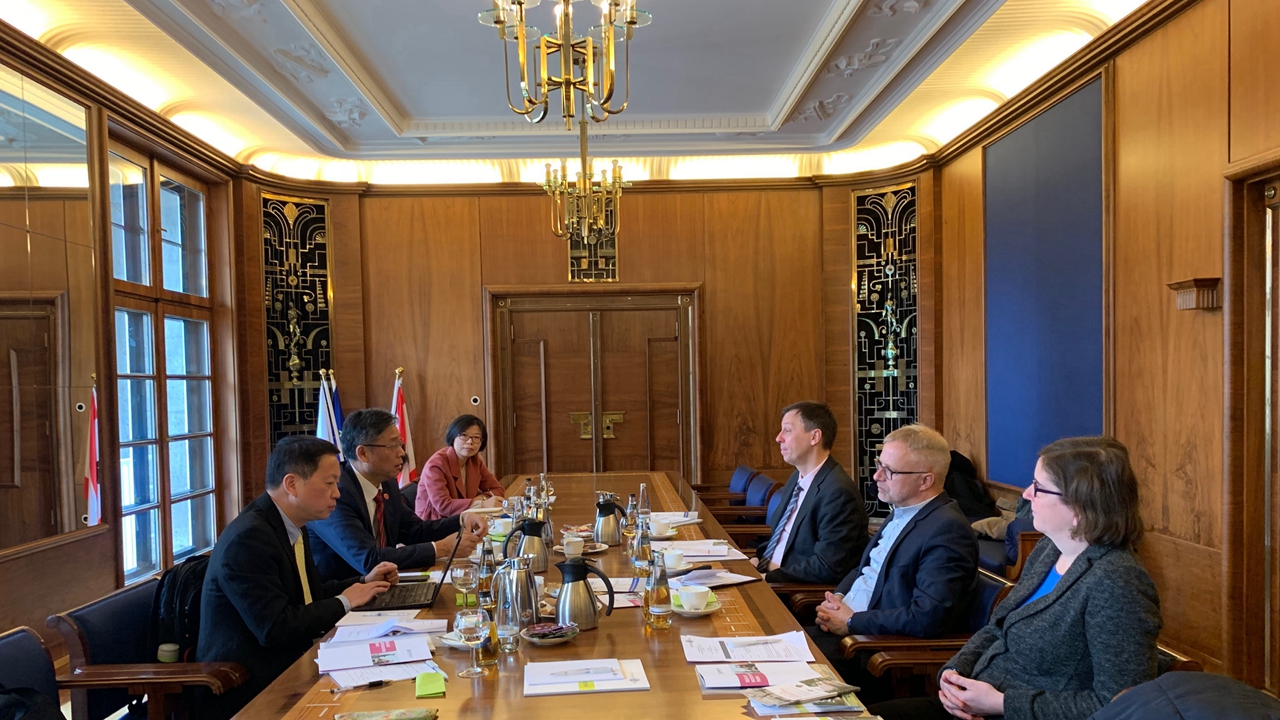 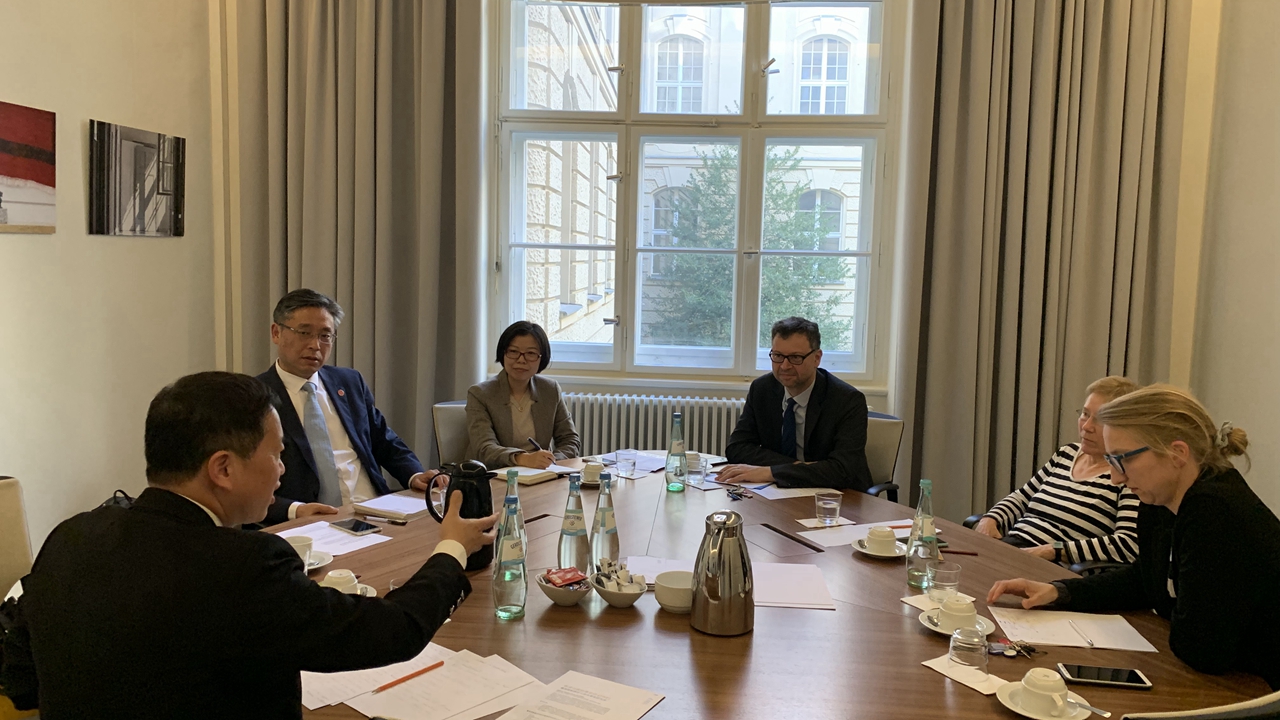 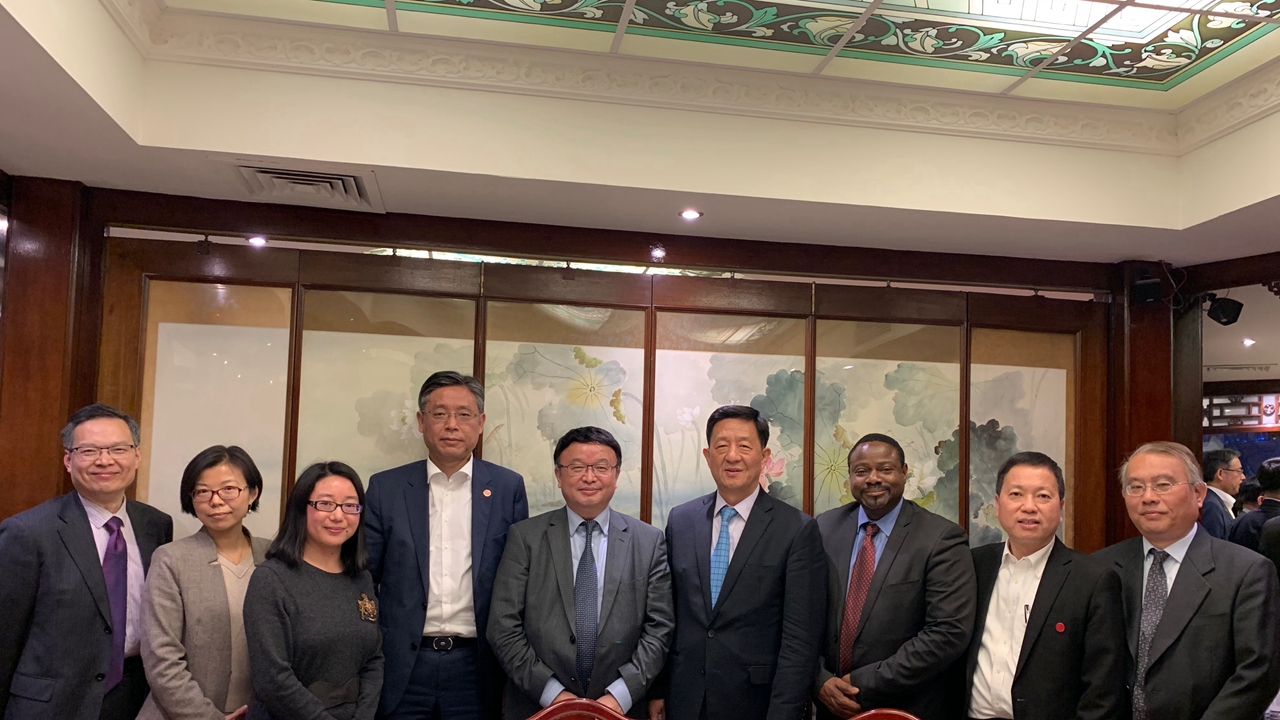 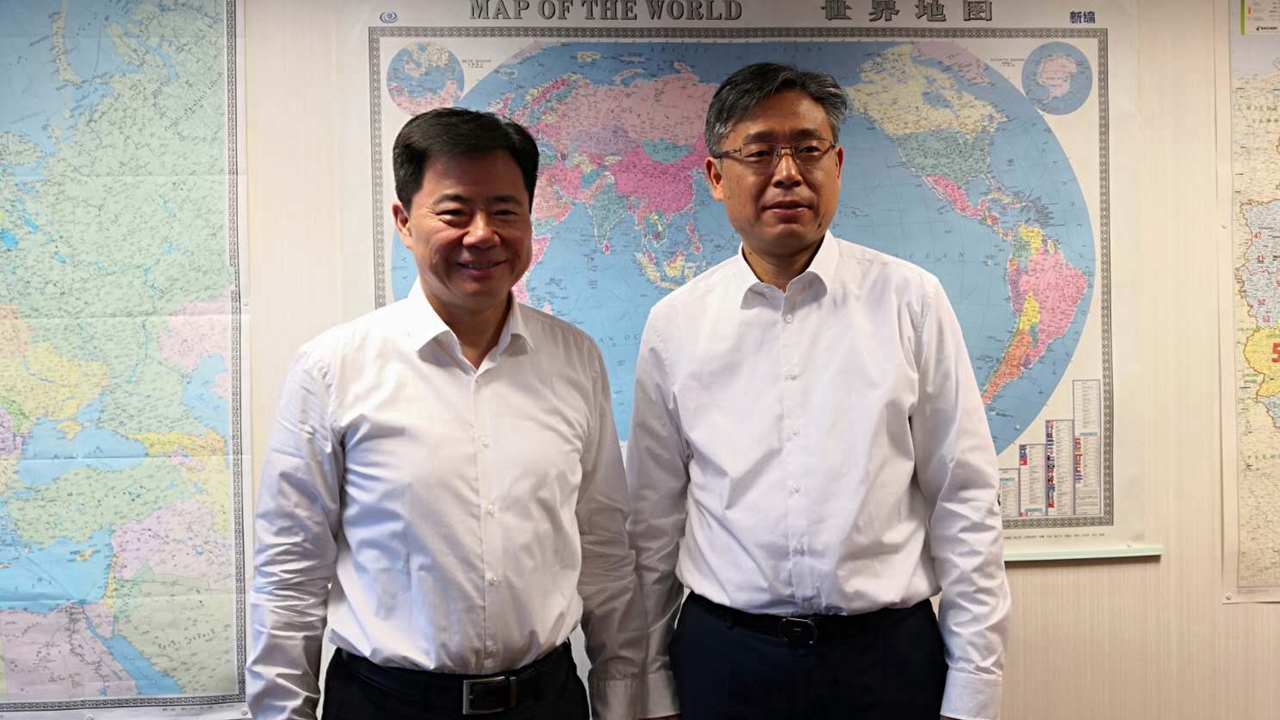 The delegation led by Jiang Feng, university council chair of Shanghai International Studies University (SISU), visited Free University of Berlin, Paris Institute of Political Studies, Institute of International Relations and Strategies of France, the headquarters of UNESCO and its institutes and centres in Germany and France where they had exchanged ideas with the scholars and leaders of the think tanks, governments and academic institutions. The visit of the delegation deepened the cooperation between SISU and institutions in Europe, contributing to the management ideas of interdisciplinary integration on European studies. Mr. Jiang was also invited by Federal Ministry of Education and Research of Germany to review the cooperative research projects.

One of the main aims of the visits is to explore areas of cooperation with Free University of Berlin, Paris Institute of Political Studies, Institute of International Relations and Strategies of France. SISU delegation discussed with Mr. Klaus Mühlhahn, vice president of Free University of Berlin on both parties’ willingness to cooperate in the fields such as China-Europe international journalism and discourse construction and European studies starting from the joint-degree graduate programme of global communications and journalism. In Paris Institute of Political Studies, both parties introduced their own student development modes and disciplinary development strategies, and exchange ideas on cooperation in lecture series in Chinese studies, researches on journalism and international issues and summer programmes. In France, the delegation was warmly welcomed by Professor Didier Billion, the executive director of the Institute of International Relations and Strategies and had a conversation over cooperation in international studies and area studies, especially in the Middle East studies. Student exchange agreements were signed and ideas were exchanged over the hotspot topics of the France-Germany, China-France and China-Europe relations.

The delegation communicated with Petra Sigmund, Svenja Schlichting, Ingo Kramer, Gudrun Wacker, Nadine Godehardt, Dorothea Rüland, Jörg Steinbach who are the directors and leaders of the Ministry of Foreign Affairs of Germany, the Minstry of Economy and Energy of Germany, German Foundation of Academics and Politics, German National Employer’s Association, German Academic Exchange Service and had a more in-depth learning about the economic development of Europe and the challenges they were facing. Consensuses were reached over thin tank development and research cooperation.

The delegation also paid an official call upon Wu ken, Chinese ambassador to Germany, MShen Yang, SISU alumnus and ambassadorial representative of the Permanent Mission of People’s Republic of China to UNESCO, Zhang Junhui, SISU alumnus and China’s envoy to Germany and Yang Jin, Minister Counsellor of Education of the Chinese embassy in France and introduced to them the reforms and development of SISU in the past few years and the SISU characteristics gradually taking its shape in talent development, academic studies and think tank development. The diplomats recognized SISU’s ideas of carrying out education and agreed on the development strategies. What’s more, they hoped that SISU would make full use of the resources in international cooperation and extend its cooperation with international institutions, making its own contributions to the studies on the bilateral and multi-lateral China-Europe, China-German and China-France relations with discourse construction as the starting point. They also expected that more SISU graduates with proficient language skills, international perspective and professional knowledge would find their way to the Ministry of Foreign Affairs of China, Chinese embassies to other countries and international organizations.

During its visit to the headquarters of UNESCO and UNESCO-UNEVOC, the delegation engaged in talks with the leaders and learned more about how UNESCO and its institutes such as UNESCO-UNEVOC work in the aim of providing more useful information for SISU to develop professional candidates eligible for international organizations.