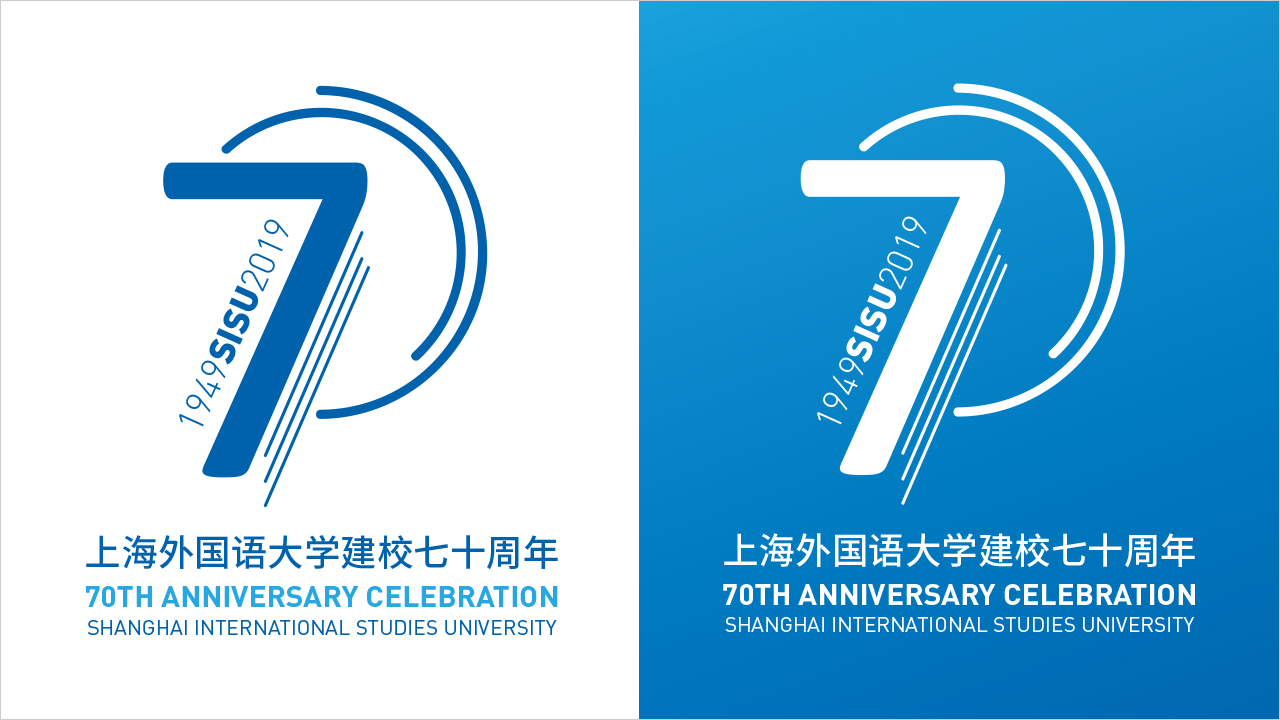 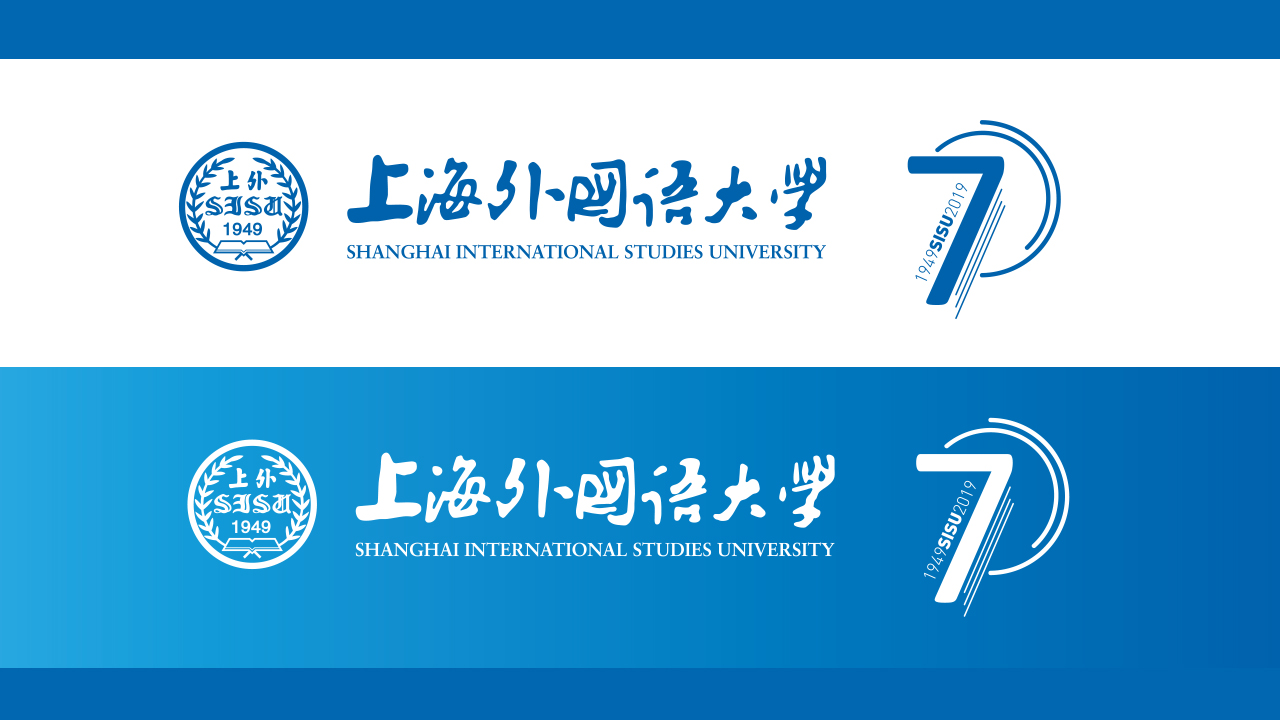 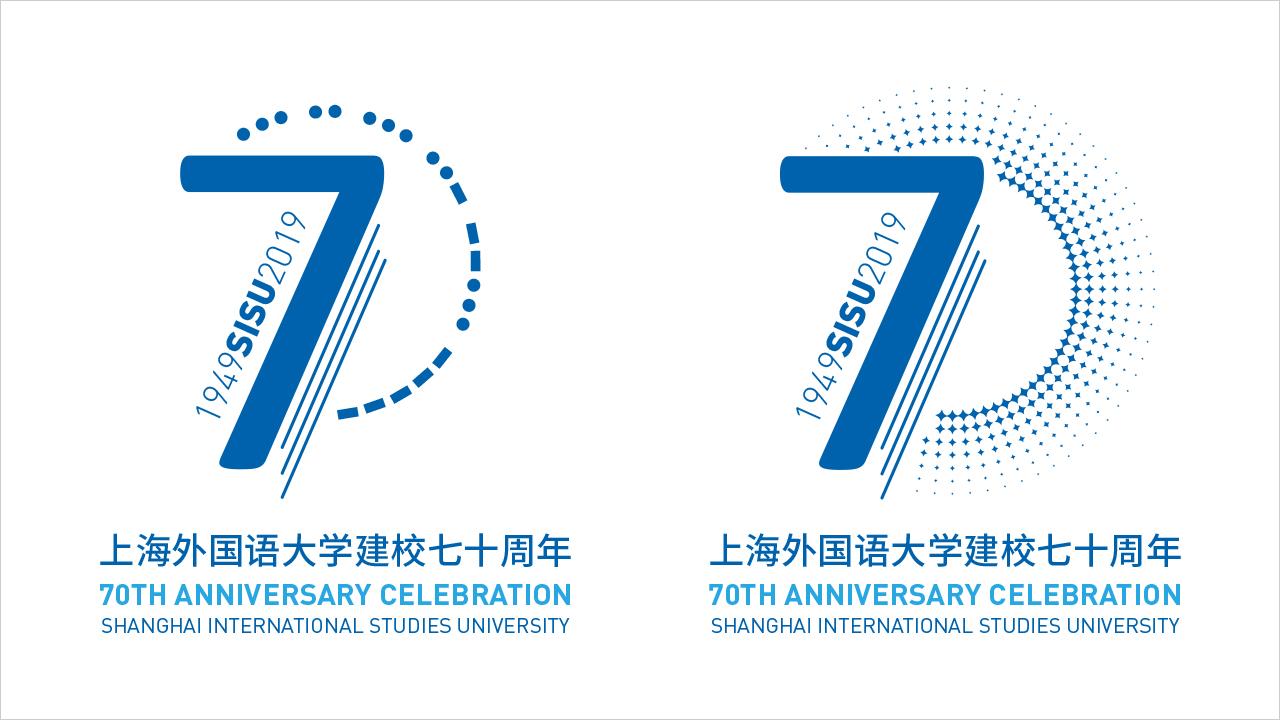 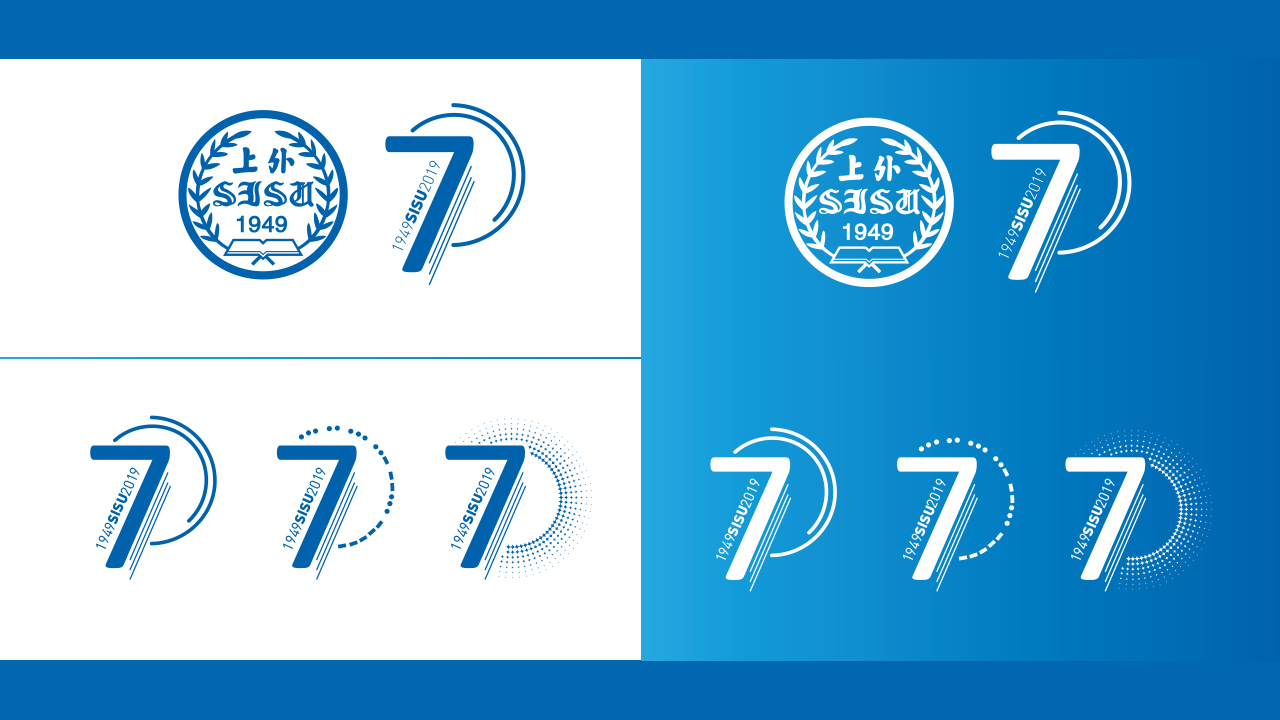 Shanghai International Studies University (SISU) begins the 70th anniversary celebration by announcing the use of a special logo as the university’s signature brand through December 2019.

This year witnesses the 70th anniversary of both SISU and the People's Republic of China (PRC). To spread the university’s spirit and its influence, SISUers were invited to design a logo for the anniversary.

The winning logo, which was announced on June 21, uses SISU blue, a symbol of the university’s spirit of inclusiveness and tolerance, and its vision to be acknowledged as a world-class university for global and area studies.

The logo looks like a corner of a dictionary, with the number seven and three oblique lines defining its silhouette and 1949-2019 on its cover. The message is that seven decades of continued academic pursuit has given the university a rich history and will sustain its growth in the decades to come.

The two semicircular arcs, representing the west and the east hemispheres and the two poles of the earth, form the number zero as they meet, which is symbolic of harmonious diversity, and the university’s mission of “Interpret the World, Translate the Future” by facilitating civilized dialogues and cross-cultural integration.

Below the logo is the official name of the anniversary in both Chinese and English.

Also released with the logo are two sub-logos using the Morse code of “SISU 70” and the number “0” in circular starlight. The sub-logs, which symbolize communication and cohesiveness respectively, will also be used to promote the activities of the anniversary.

Since the launching of the logo design competition on September, 2018, the university received altogether about 80 submissions from SISUers at home and abroad, and from various social sectors. Six designs won after multiple rounds of selection, including online voting.

The official logo was the fruit of the joint efforts by the first-prize winner and the Office of University Communications. Following the release of the logo, more celebratory events will come in the months ahead.