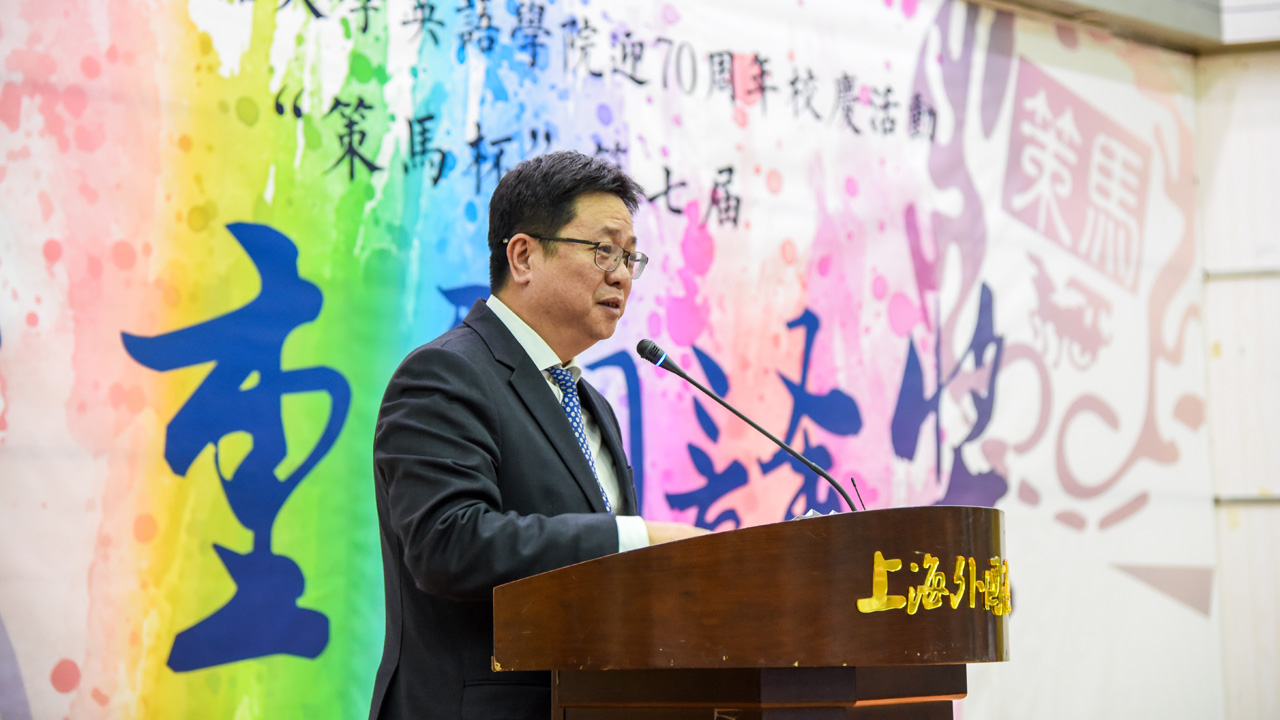 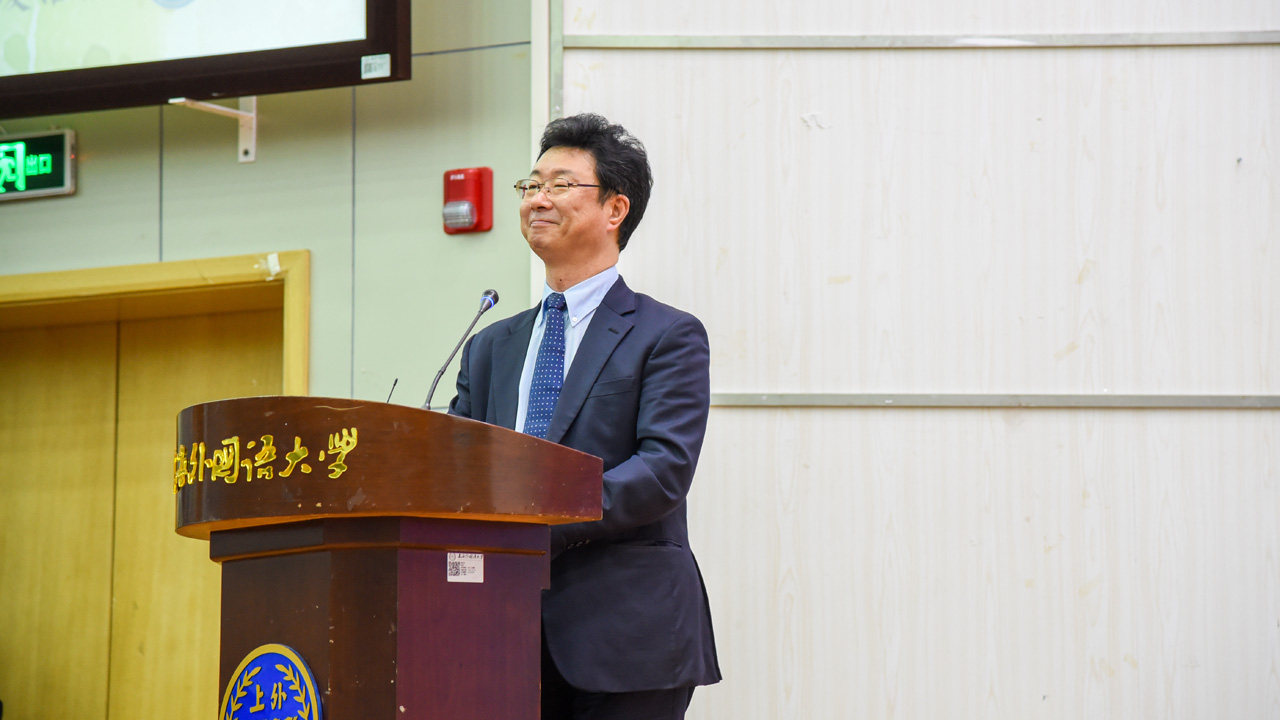 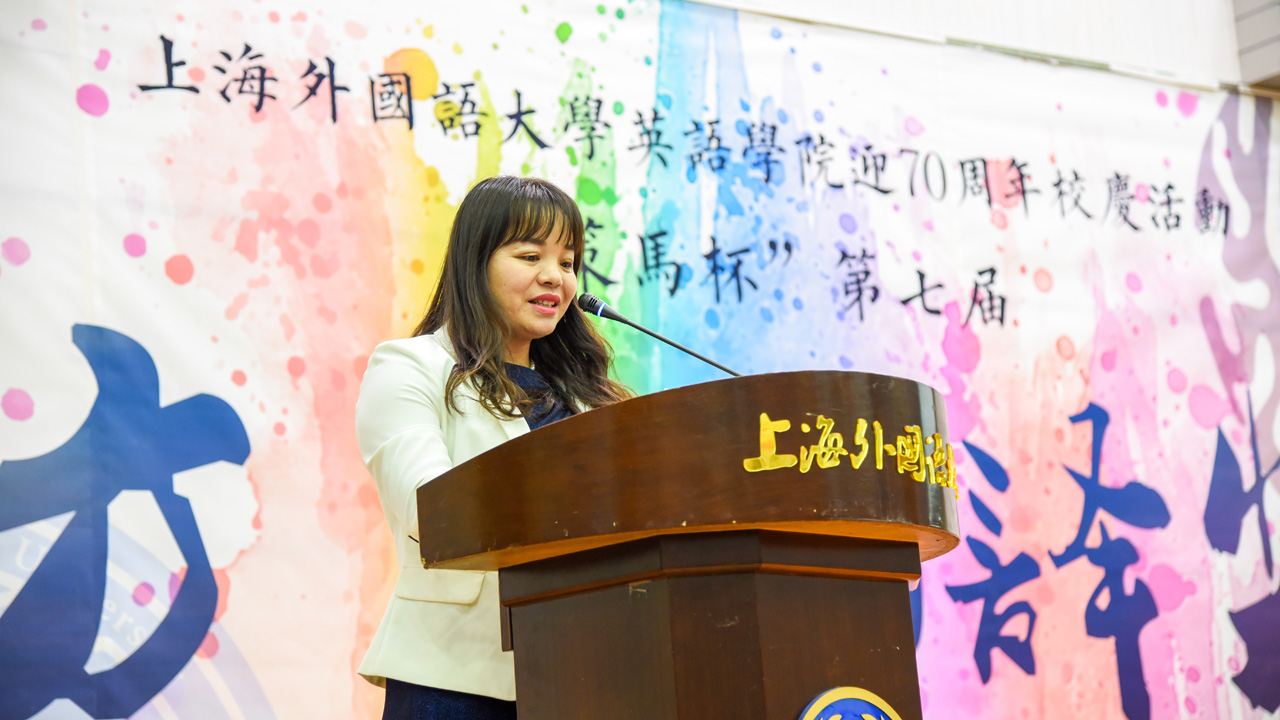 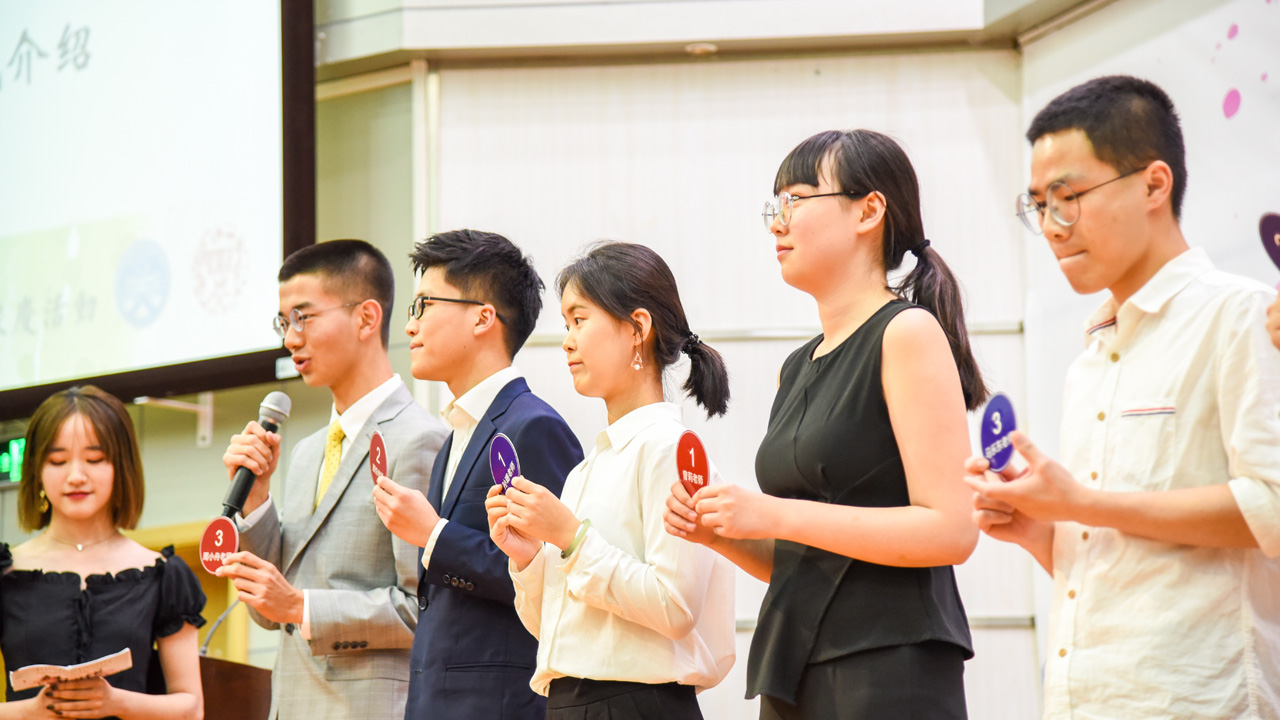 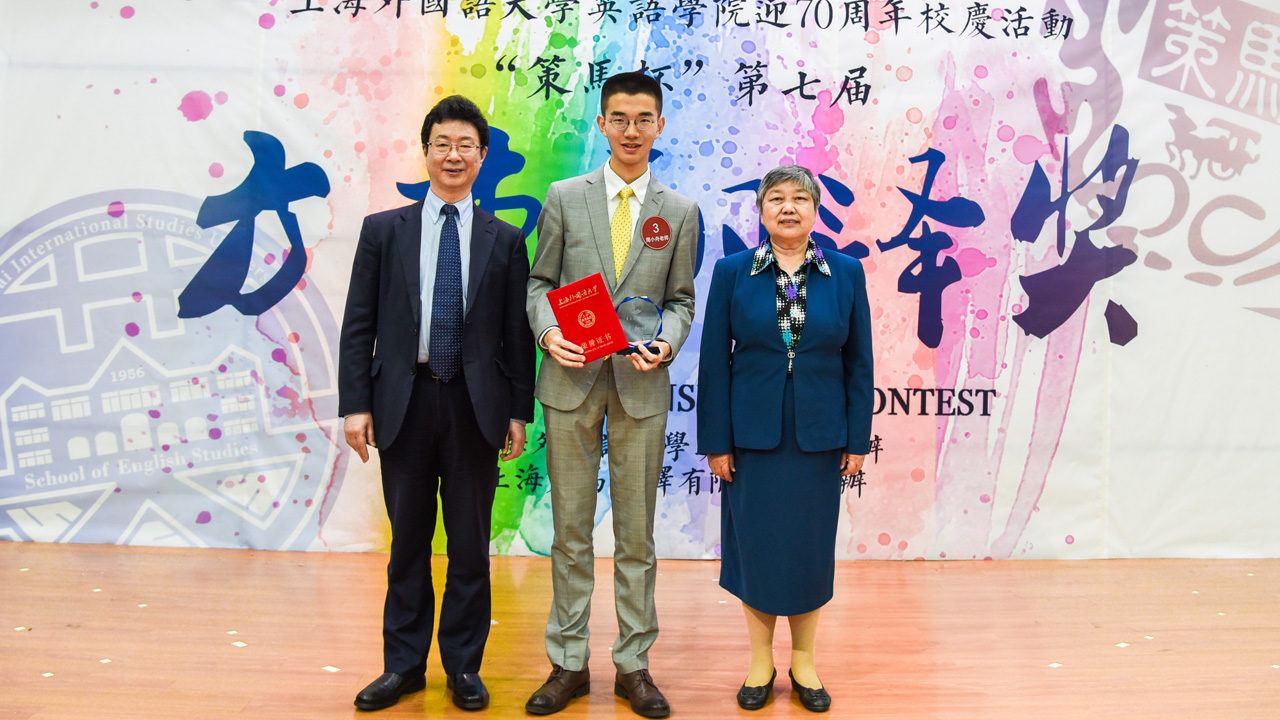 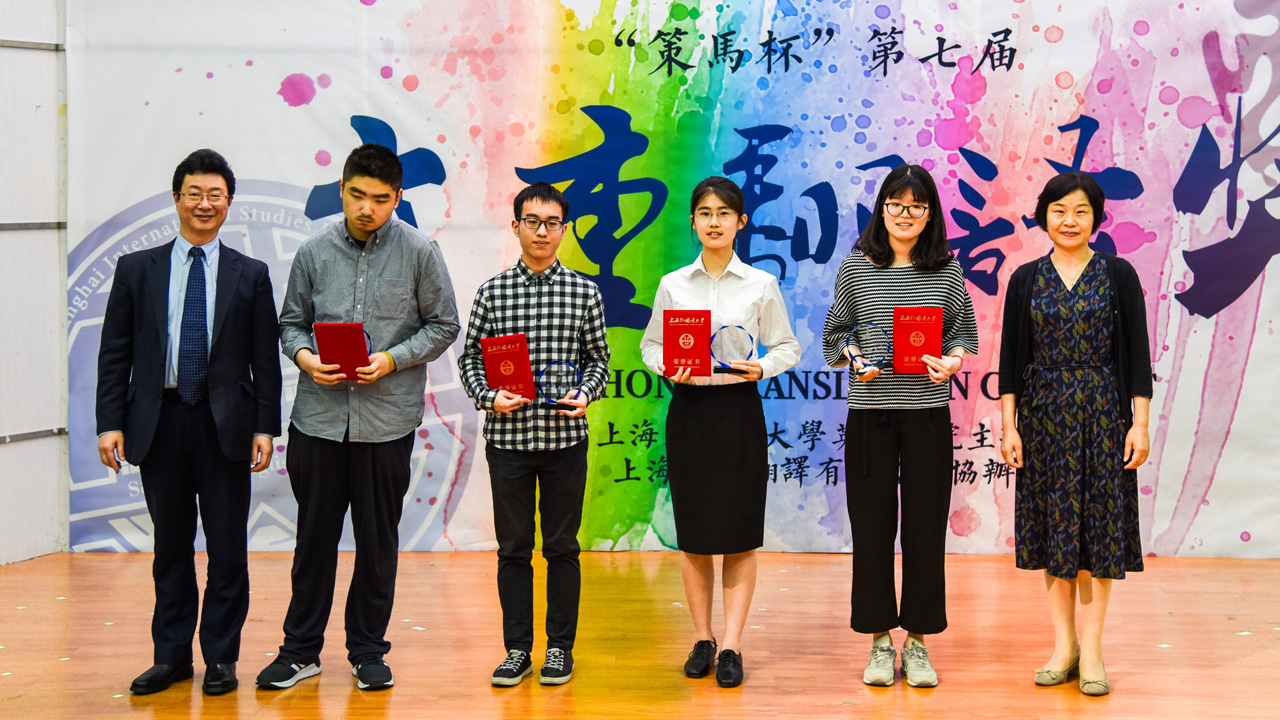 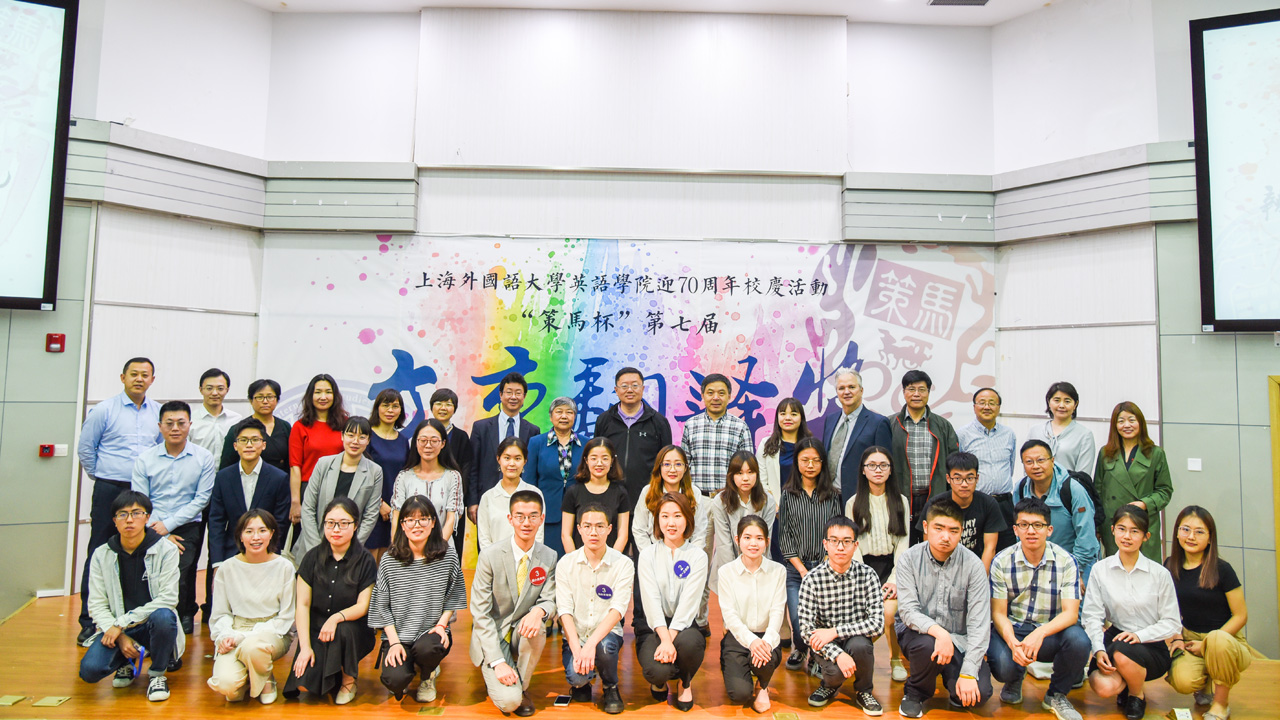 The 7th Cema Cup Fang Zhong Translation and Interpreting Contest, held by the School of English Studies (SES), reached a successful end on May 21. The event was also part of the school’s celebration of the 70th anniversary of Shanghai International Studies University (SISU). Attendees at the awarding ceremony  included Li Yansong, president of SISU, Feng Qinghua, vice-president of SISU, Yu Jianhua, former dean of the Institute of Literary Studies, Shi Zhikang, former dean of the SES, Chen Jianlin, former president and chief editor of Shanghai Foreign Language Audio-Visual Publishing House, Xu Ya’nan, former ambassador and director-general of the Department of Translation and Interpretation of the Foreign Ministry, and representatives from the faculty of the SES, the sponsor Cema Company  and three primary and middle schools in Songjiang District.

Fang Zhong, known for his Chaucerian scholarship and translation of Tao Yuanming’s poems, was one of the pioneers of English teaching at SISU and laid foundation for the building of the SES. To honor him, the SES launched the 1st Fang Zhong Translation and Interpreting Contest in November 2011.

Winners of the interpreting contest were decided at the award ceremony. The six finalists were assigned the task to interpret a debate between two teams formed by six teachers from the SES and the School of Education. Gu Qiubei moderated the debate. The judges included Xu Ya’nan, Zhou Jinqi, Wang Guanglin, Wang Lan, Wu Gang and Curtis Evans.

The motion was “Will the upcoming era of artificial intelligence weaken or strengthen the significance of the English major”. The affirmative side argued that with the development of technology, artificial intelligence already became more efficient than humans in areas such as speech recognition, translation, data analysis and immediate memory; therefore, in face of the challenges from machines, those English programs that focuses on the training of language skills, are bound to be marginalized.

The finalists showcased their knowledge of English and exceptional interpreting skills through their masterful interpreting. In the meantime, the debate inspired the listeners   to think about the era of artificial intelligence and the future of the English major.

The students’ active participation since the launching of the contest in March yielded 140 entries into the translation contest and 32 into the interpreting contest. 15 students were granted first, second and third prizes at the awarding ceremony.

The collection of wining translations from the past years has long served as a role model for the SES students. The students could improve their translation and interpreting skills, and were inspired to think about the future of the English major through the contests. The contests also offered them a chance to reflect on, draw from and eventually pass on the humanistic spirit of the older generation of SISUers and SESers.