A 10-day exchange visit was conducted in the School of Electrical Engineering of Belgrade University on March 19-28, 2019 on the cooperative exchange project "Research on Distributed Networked Control and Its Application in Smart Grid". The activities of the two sides have been highly valued by the School of Electrical Engineering of the University of Belgrade and the Chinese Embassy in Serbia.

After many rounds of detailed discussions, the School of Mechatronic and Automation of Shanghai University and the School of Electrical Engineering of Belgrade University signed an agreement on "Joint Laboratory on Intelligent Automation and Networked Control". This lab will give full credit to their respective theoretical and technical expertise, and will be used to form complementary advances in technology, and apply to smart grid/renewable energy, smart city/smart family, smart diagnosis and treatment and smart manufacturing, which will lay an important foundation for close cooperation between the two sides. 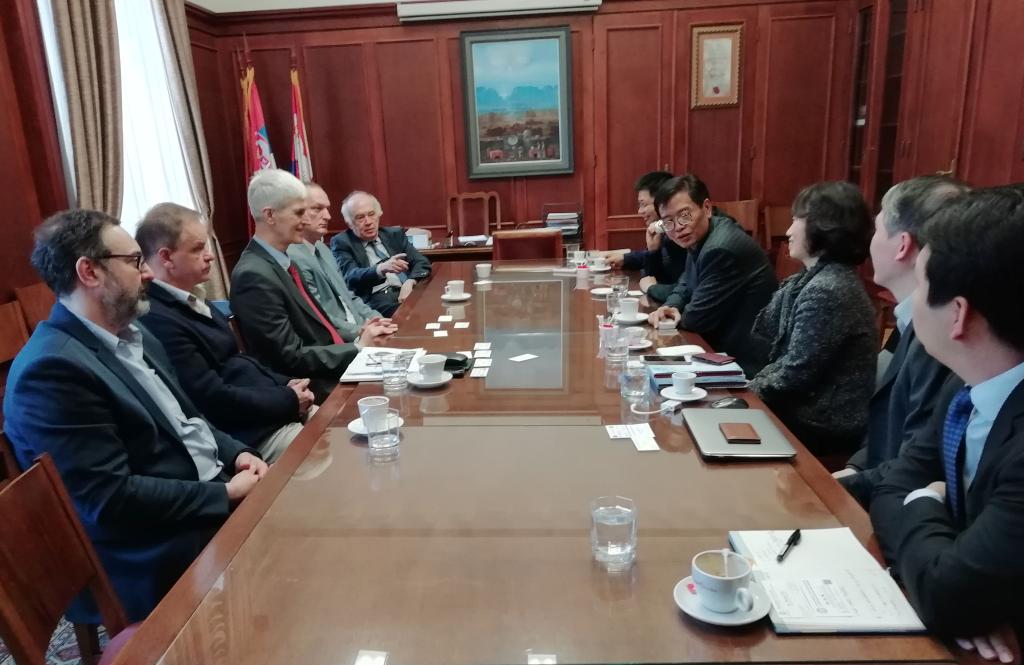 Accompanied by the representatives from the University of Belgrade, the SHU delegation traveled to Vlatacom, the first R&D Center certified by the Ministry of Science of Serbia, to discuss the joint venture. Vlatacom's R&D products in smart cities, information security, communication integration, electronic optical systems and other technical fields have a high market share in Africa, South America and the Middle East. The two sides discussed the possible cooperation areas and their respective advantages of the universities and enterprises in the two countries, so as to form a preliminary understanding of the technological status and development needs of local enterprises in Serbia, and to help promote bilateral cooperation under the background of "Belt and Road" strategies. 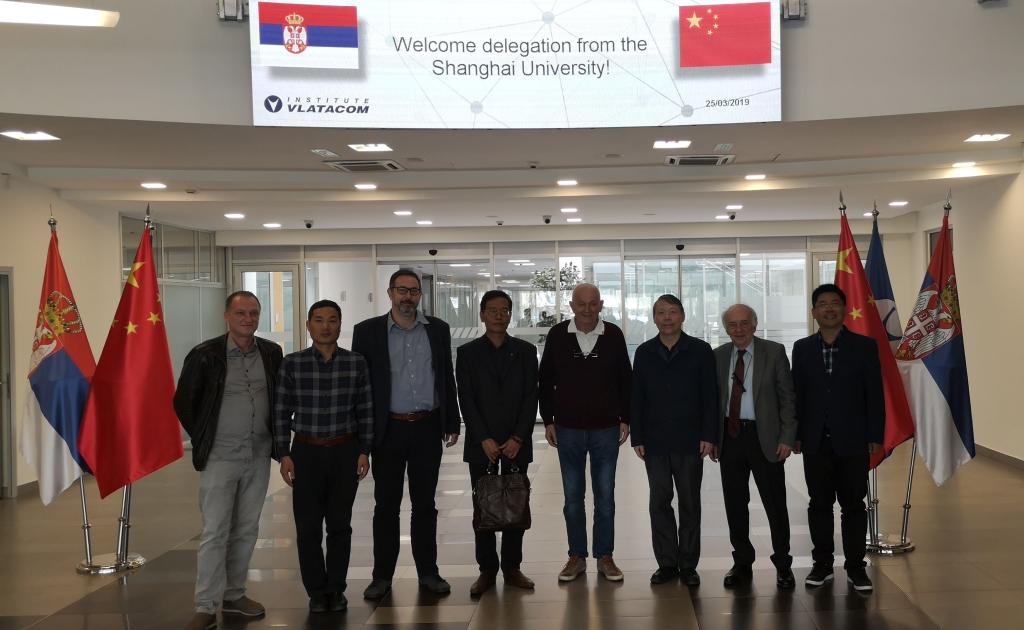 During the visit, Academician Branko Kovaevi, President of the Serbian National Academy of Engineering and President of the Serbian Electrical Engineering Association, met with all of the members of the SHU delegation. Ms. Shi Yi, First Secretary of Science and Technology of the Chinese Embassy in Serbia, participated in the activities with the delegation. At the signing ceremony of the Joint Laboratory held by the College of Electrical Engineering, Belgrade University, Professor Milo Toma Cheeviqi, Dean of the College, said that he was very grateful to the delegation of Shanghai University for its visit. The friendly exchange promoted mutual understanding between the two sides, which set a good beginning and laid a solid foundation for close cooperation later on. Professor Zhang Wenjun, Shanghai Film Academy, and Professor Fei Minmin, Dean of the School of Mechatronic and Automation, expressed their gratitude for the warm reception and sincere cooperation of the School of Electrical Engineering of Belgrade University, saying that they firmly believe that the joint efforts of both sides will yield fruitful results in the future.