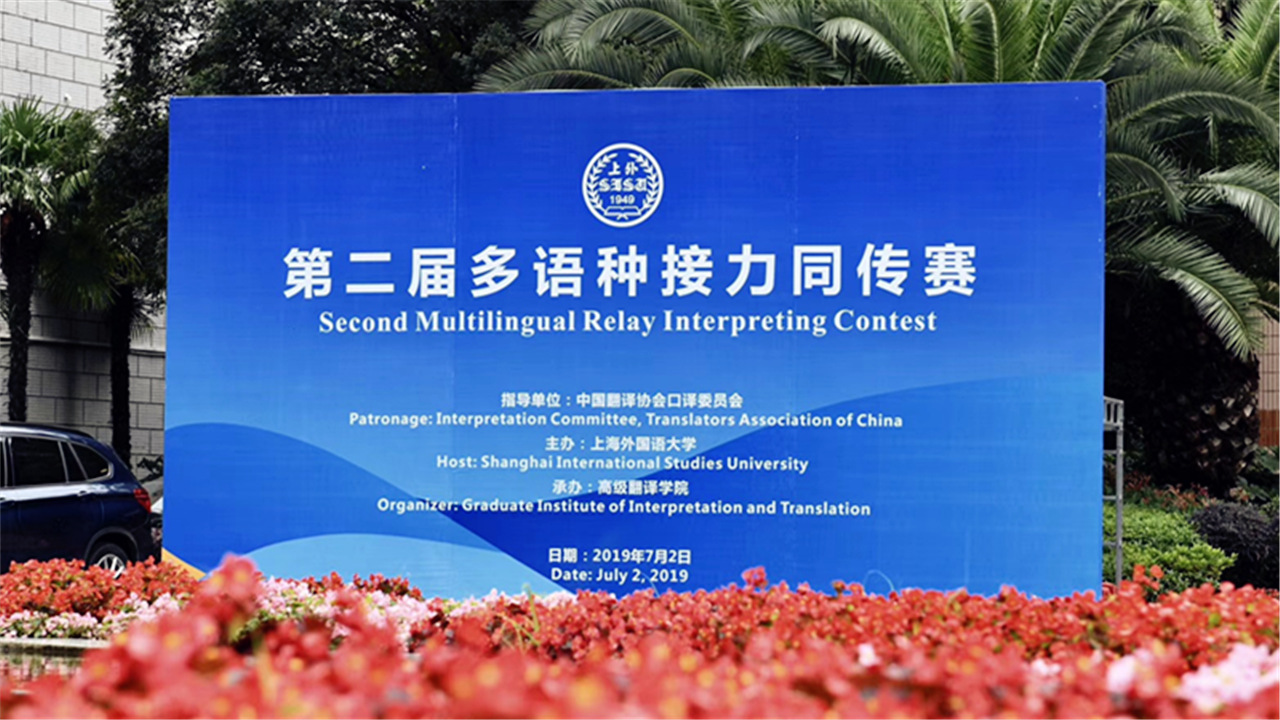 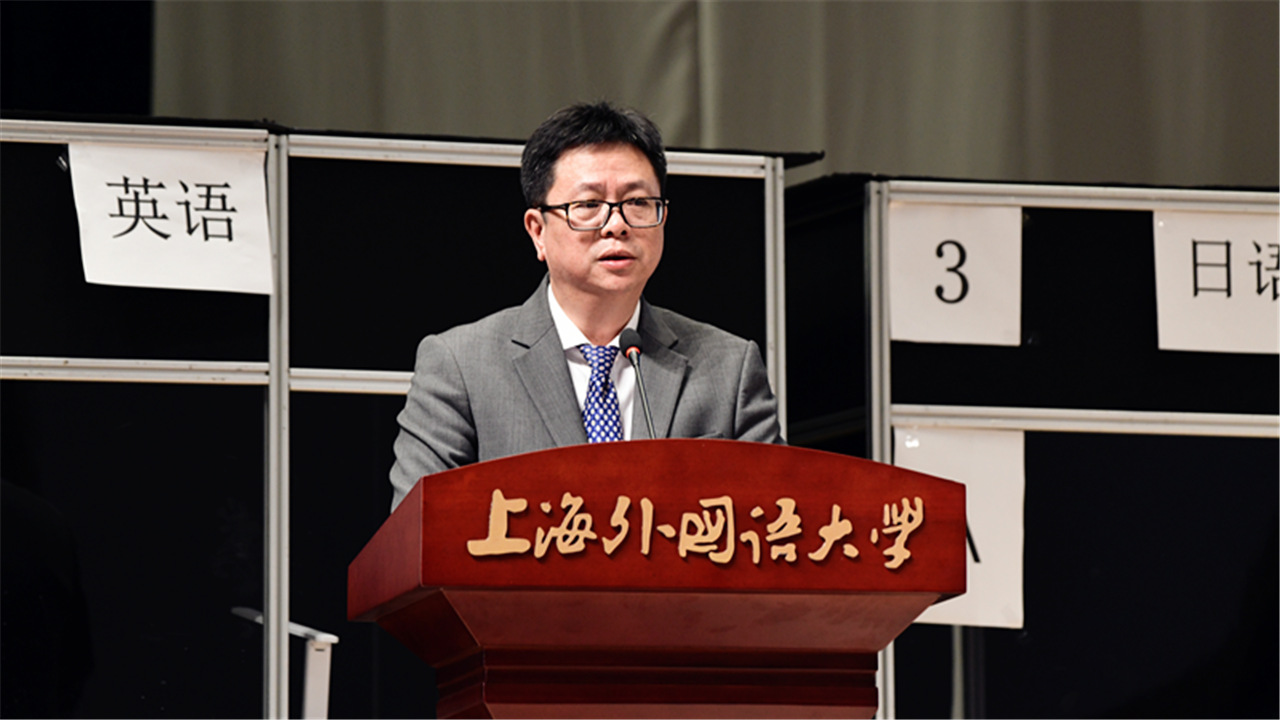 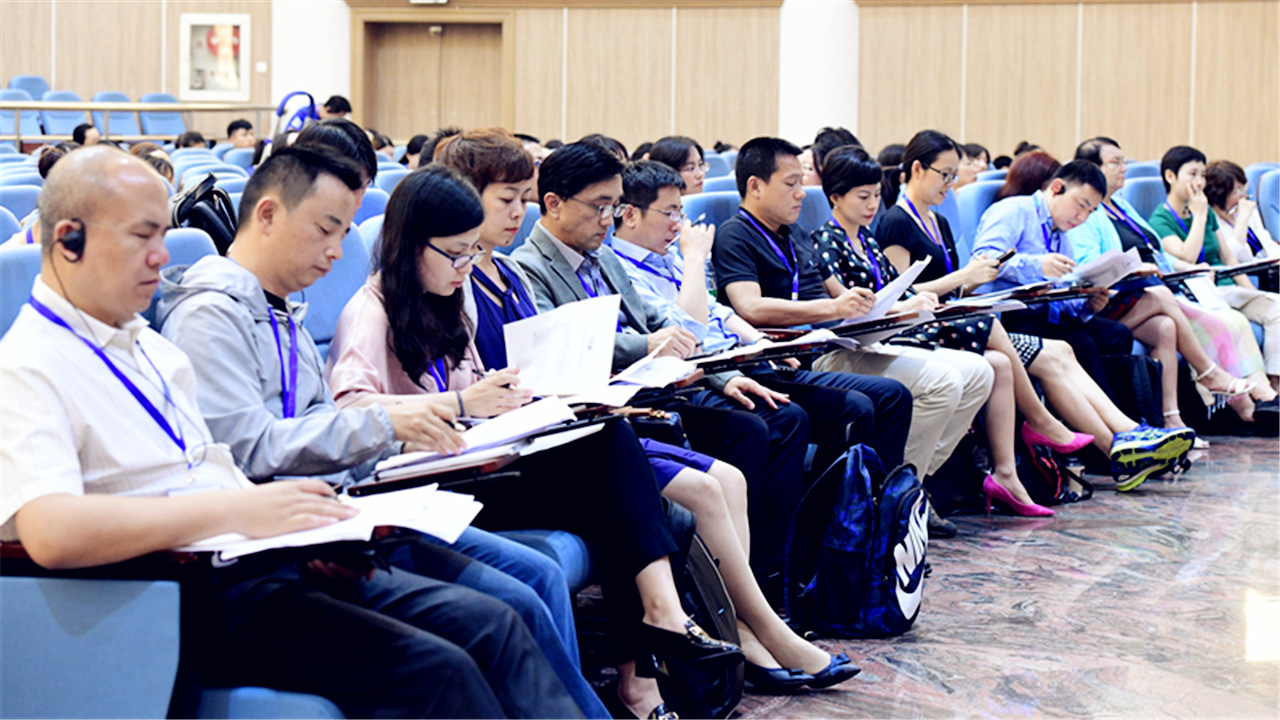 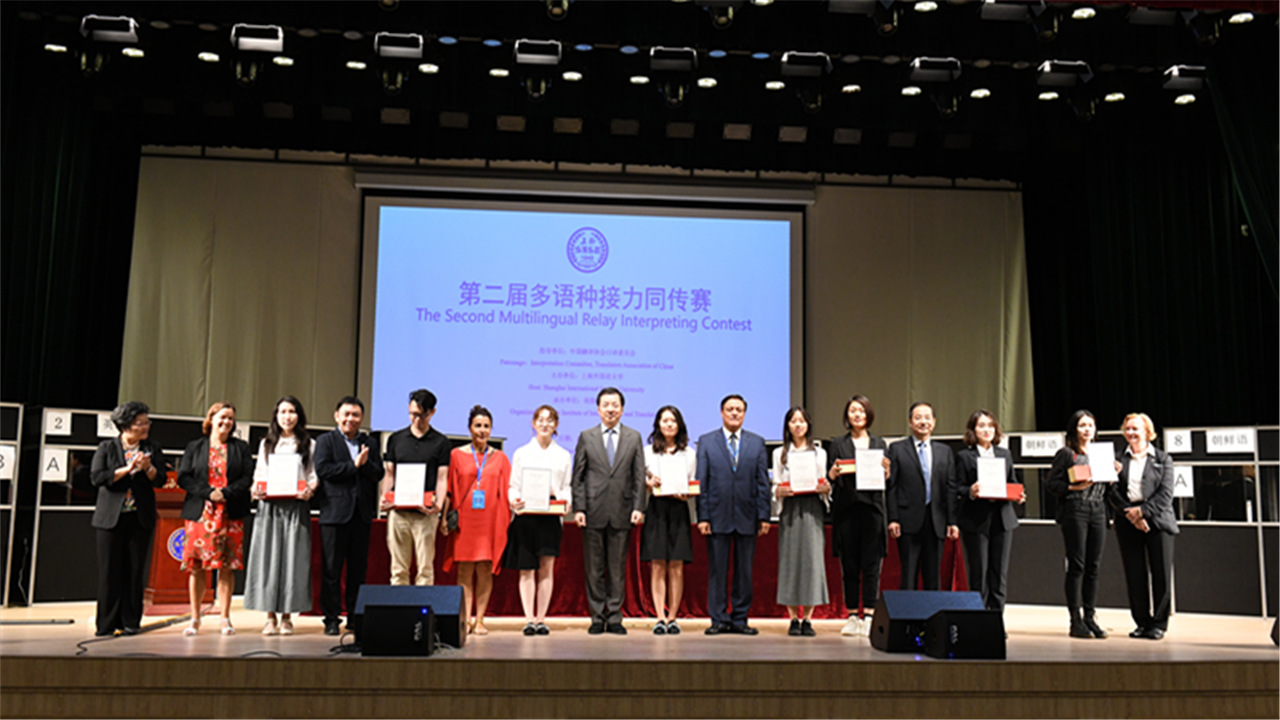 The final of the 2nd Multilingual Relay Interpreting Contest, hosted by Shanghai International Studies University (SISU) and organized by the Graduate Institute of Interpretation and Translation (GIIT), was held at SISU on July 2.

Adopting the method used by international organizations such as the United Nations (UN) and the European Union (EU), the contest covered all six official languages of the UN, including Chinese, English, French, Russian, Arabic and Spanish, and added three languages of the Belt and Road countries, i.e. German, Japanese and Korean.

For the first time, Chinese was used as the pivot language. It was an effort to strengthen Chinese voices in international intercourse within the interpreting milieu. In addition, drawing from last year's success, the host improved its organization in many ways, having optimized the rules, materials and scoring criteria; thus, attracting participants from all around the world.

At the final, the contestants were required to simultaneously interpret between foreign languages using Chinese as the pivot language.

This mode, which was named the “SISU mode”, was praised by representatives from the UN, the EU and other international organizations.

Li Yansong, president of SISU, said that the contest was a response to the Belt and Road Initiative and cultural “go global” strategies. It was an effort to, in the spirit of extensive consultation, joint contribution and shared benefits, facilitate the building of a community of shared future for mankind and a harmonious society where people speaking different languages can co-exist.

The contest attracted over 300 contestants from 43 universities at home and abroad, among whom 112 contestants reached the final. SISU hoped that universities at home and abroad could use the contest as a platform for communication with and learning from each other, and contribute together to the training of high-level professional interpreters and the spreading of Chinese culture to the world. The contest also served as a place where students cooperated and exchanged their ideas, which would renew their interest in multilingual interpreting and improve their skills.