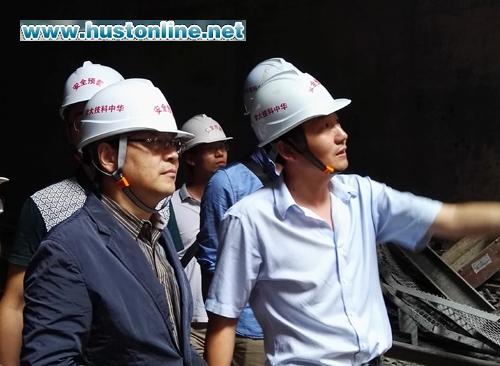 On December 7th, Chinese Academy of Engineering（CAE） announced the list of newly elected academicians for 2015, in which two professors in HUST, Prof. Li Dequn from School of Material Science & Engineering and Prof. Ding Lieyun from School of Civil Engineering & Mechanics, were included. This additional selection increased the number of academicians in HUST to 15. Professor Chen Xiaoping was elected Academician of Chinese Academy of Science, the only academician in the department of medical science of HUST and even Hubei Province.

Prof. Chen Xiaoping graduated from Bengbu Medical College in 1973 and obtained his master’s degree and PHD in 1982 and 1985 respectively. Now he is the head of surgical department, director of Institute on Surgery of the Liver, Biliary Tract and Pancreas as well as director of Liver Surgery Center of Tongji Hospital affiliated to Tongji Medical College, HUST.