The Confucius Institute of The University of Texas in San Antonio (UTSA) host a session on China-U.S. dialogues of the 12th China Town Hall on Oct 9, 2018.

The institute is supported by the University of International Business and Economics (UIBE) in Beijing. More than 100 UTSA faculty and local residents took part in the activity.

The China Town Hall is an annual event organized by The Sino-American Friendship Association to promote mutual understanding and bilateral friendship.

Former U.S. Secretary of State Condoleezza Rice, the special guest for this year's event, has witnessed China's fast development since 1988. She pointed out that, although the world's two largest economies competed in the economic field and hi-tech research and development, it is undeniable that it also needed cooperation with China, and maintaining good bilateral ties was of crucial importance to the development of global trade, keeping world peace, and fighting against international terrorism among others. 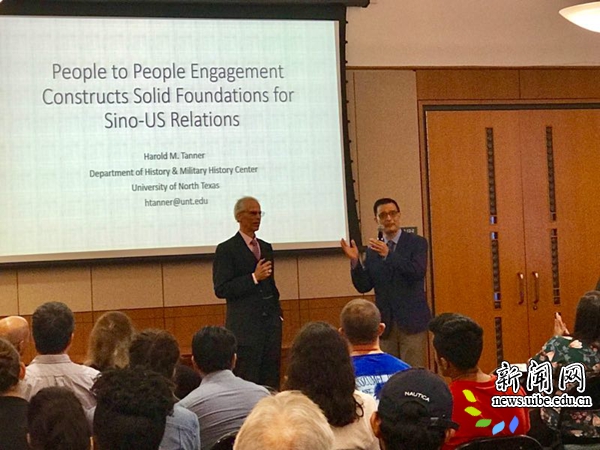 Harold Tanner, a professor of history at the University of North Texas gave a lecture on people to people engagement. He believed the Confucius Institutes in the U.S. continued people diplomacy driven by China's groundbreaking ping-pong diplomacy in the 1970s played a positive role in improving Sino-U.S. ties. (Li Yang)