UIBE Wins National Round of the 2019 ICC Moot Court

The sixth International Criminal Court (ICC) Moot Court Competition- English edition was held in the Changping campus of the China University of Political Science and Law from March 23 to 24, 2019. 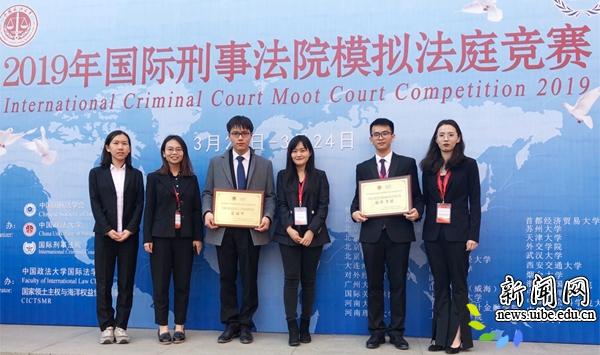 Some 34 teams from universities including the University of International Business and Economics (UIBE), Tsinghua University, Peking University, and the China University of Political Science and Law, participated in the moot court competition. Despite having nearly 10 more teams in this year's competition compared to last year's, the team from the School of Law, UIBE stood out from the 34 teams. It ranked first in the Chinese national round of the competition, winning the Award of the Best Memorandum, which  qualified the team for the final competition in The Hague, Netherlands.