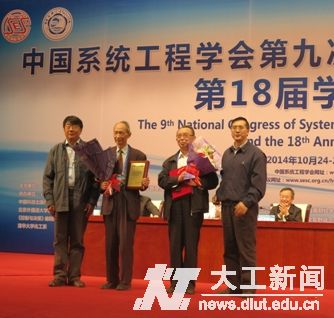 Academic Wang Zhongtuo delivered a speech at the meeting. He reviewed the history of systems science and systems engineering in China and pointed out its development direction and bright future. Also, he said that he would continue to devote himself to the development and application of SS&SE and expressed his expectations to young scholars.

First established in 2012, Scientific and Technology Award in Systems Science and Systems Engineering is China’s highest prize in systems engineering. It contains Lifetime Achievement Award, Theory Award and Application Award to honor researchers who make great achievement in this field.