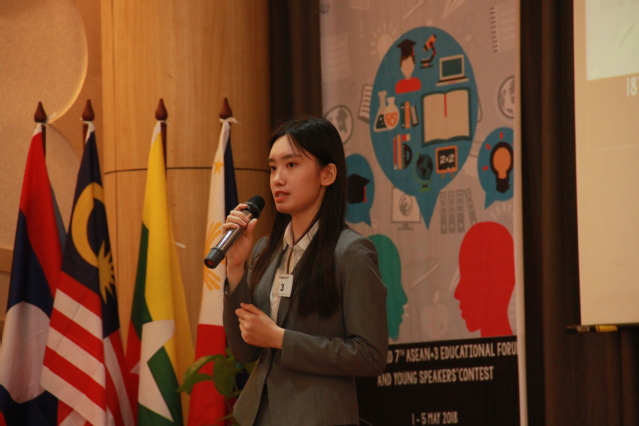 The event of this year was themed “The Relevance of Higher Education in the Digital Era” and composed of two sections: Young Speakers’ contest and educational forum. Yuan Jiayin from XMU took part in the Young Speaker’s Contest. After rounds of fierce contest in the preliminaries and finals, Yuan finally stood out among the 24 contestants to take home the first runner-up. Cui Ya’nan attended the Educational Forum. At the forum, as a representative of the Chinese delegation, Cui gave a presentation on “China's digital higher education” to the assembly, after which he fielded questions from the representatives of varied countries and spoke out multiple times on behalf of China during the discussion session. Following the sessions of the interactive discussion among the randomized working groups and the restatement of viewpoints, the forum was wrapped up with the adoption of the Joint Declaration on Digital Higher Education for ASEAN and China, Japan and South Korea. 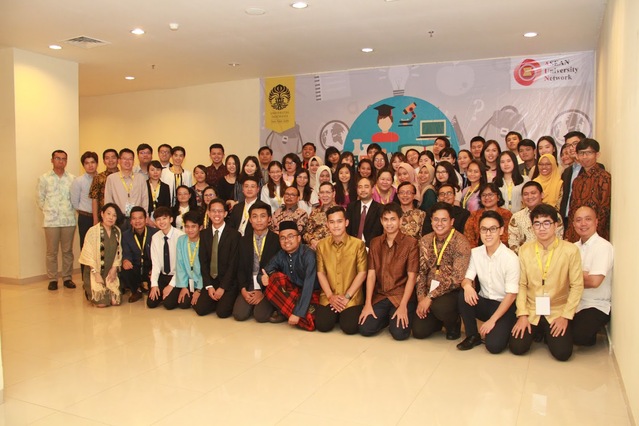 At present, the university network is composed of 18 prestigious universities from 30 ASEAN countries as well as China, Japan and South Korea. The network regularly holds the University Presidents’ Forum and the University's International Affairs Leaders' Meeting to provide a high-level exchange platform to promote the integration of higher education in ASEAN and East Asia. At the same time, the network also organizes activities such as youth cultural forums, speech contests and educational forums to improve communication among the youth from ASEAN+3 countries.

Through the activities of exchanges in Indonesia, the delegation of XMU has fully showcased the glamor of XMUers, and meanwhile broadened their horizons and enhanced their friendship with those from ASEAN countries.