Nov 21 – On the afternoon of November 20th, Yoshihiro Umetake, member of the board and head of business and strategy department of Mitsubishi Chemical Corp., and his team visited DUT. President Guo Dongming met them in Room 312 of the Main Building, during which they discussed about cooperation on research and cultivation of talents. Vice president Qu Jingping and people in charge of School of Science and Technology and Faculty of Chemical, Environmental and Biological Science and Technology also attended the meeting.

Guo Dongming expressed his sincere welcome to Yoshihiro Umetake and said that they had deepened their cooperation and got many achievements on various areas since the establishment of the cooperative agreements between both sides in 2005. He thanked Mitsubishi Chemical Corporation a lot for its constant support and hoped they could cooperate more in the future. 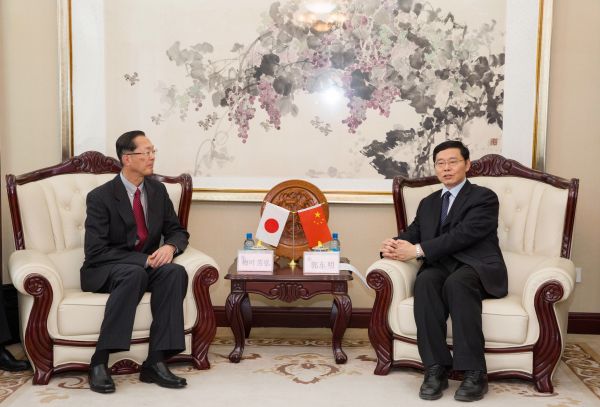 Yoshihiro Umetake said that with the globalization of economy, open reformation and investigation had become the focus of Mitsubishi’s strategic development. And the cooperation with DUT was very much appreciated. Besides, he said that through this visit, he learnt more about DUT and found its research, language and major advantages meet well with Mitsubishi’s demand. He also hoped the cooperation could be strengthened and said that Mitsubishi would continue to provide scholarship and internship to students of DUT. 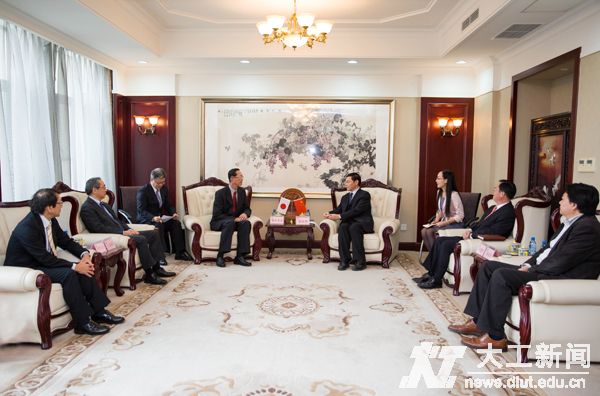