How Data on Antibiotics Sales Can Help Tackle Antimicrobial Resistance

Dr Lin Hai from the Shanghai Health Development Research Center gave a seminar at Xi’an Jiaotong-Liverpool University on the sales of different antibiotics in Shanghai, and on new policies implemented in the region and the rest of China that aim to restrict the development of antimicrobial resistance (AMR). 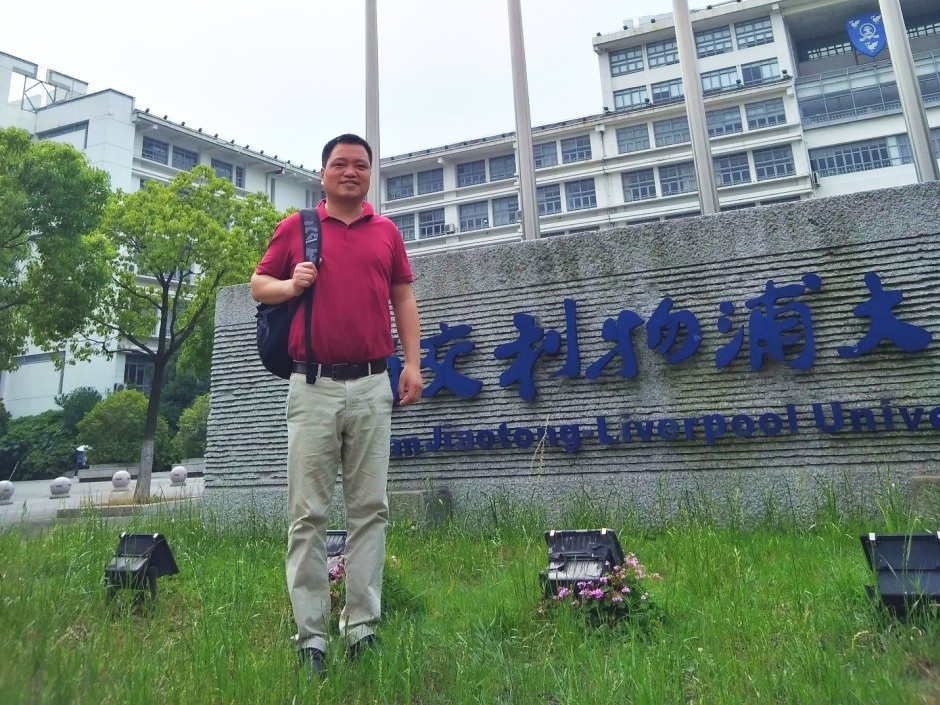 His visit to the University was the result of a recent XJTLU initiative dubbed the Suzhou Center for One-health Research and Entrepreneurship (SCORE).

With the establishment of this center, a group of academics of diverse backgrounds and from different departments within the University aim to combine the One-Health approach with a push for innovation and entrepreneurship to the research part of this global problem of AMR. Dr Lin Hai (pictured above) is one of the many external endorsers of SCORE.

The global threat of antimicrobial resistance

Bacterial infections that were once easy to treat with antibiotics are slowly but surely making a comeback due to the antimicrobial resistance their causative agents develop. According to a report by the World Health Organization (WHO), there could be 10 million people dying each year of infections by drug-resistant bacteria by the year 2050. 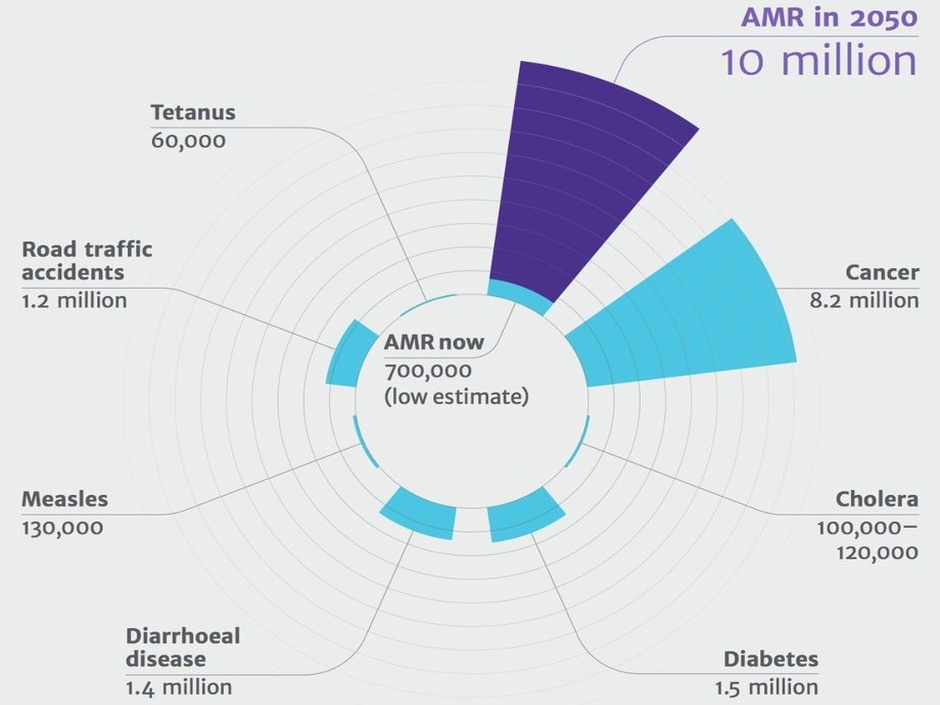 To combat this enormous problem, major efforts are needed. It will not be enough to develop new antibiotics, as it is unlikely that the root causes of the problem (unnecessary prescription by physicians and non-adherence to treatments by patients; overuse of antibiotics in agriculture; mismanagement of waste streams) will be solved by introducing new therapies to the market.

What is needed is a massive change in attitude and behaviour among all stakeholders (see diagram below). This is why the One-Health approach that aims to tackle problems occurring in both the medical and veterinary sectors is gaining traction worldwide. 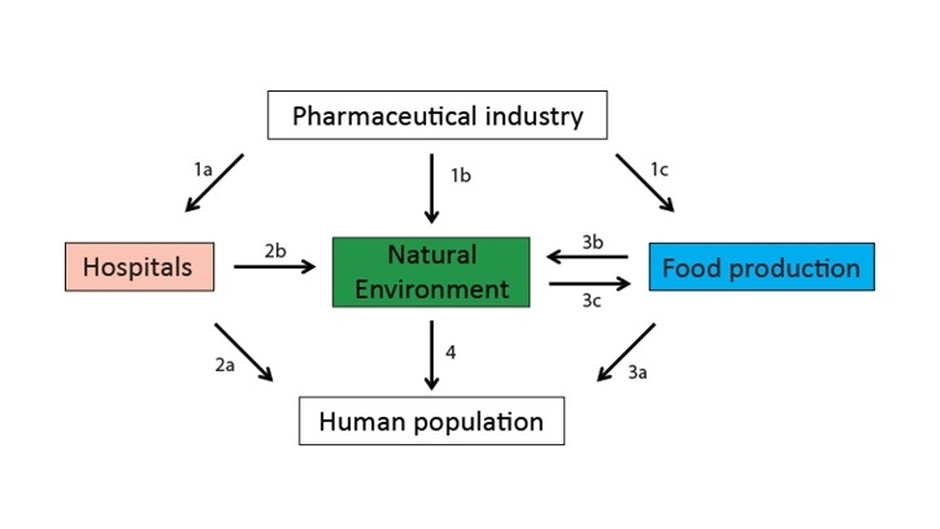 Dr Lin Hai, who obtained his PhD at Fudan University and has been a visiting scholar in the Karolinska Institute in Sweden, has been a long-time proponent of tackling the AMR crisis, and his approach is not only original but has also proven to be very insightful.

Sales data of antibiotics in Shanghai give a real-time view into which antibiotics are being used, and how much of them. They can be used to monitor the effect of policy interventions in an unbiased way.

One interesting finding Dr Lin Hai presented at XJTLU was the heavy use of cephalosporins in Shanghainese hospitals over penicillin, probably because of the price tag (and time tag) related to a compulsory allergy test for penicillin.

Dr Hai also showed an interesting correlation between the number of red and yellow cards received by teams during the 2008 European Championships football and the percentage of MRSA (methicillin-resistant Staphylococcus aureus) found in those countries (Meyer, 2013).

This could point towards a cultural bias in obeying the rules of play and also the rules of following guidelines in antibiotic prescription and use. Coincidence or not, a cultural component to antibiotic misuse should not be excluded, and reinforces the importance of a multidisciplinary approach, including social and public administration representatives.

After his presentation, Dr Hai took part in an informal, but very lively roundtable discussion with several members of SCORE. As the academics present at this event have very different backgrounds, many aspects were discussed, like the current state of healthcare in China, the attitude of consumers and patients towards AMR, and future steps that should be taken to slow the spread of AMR. 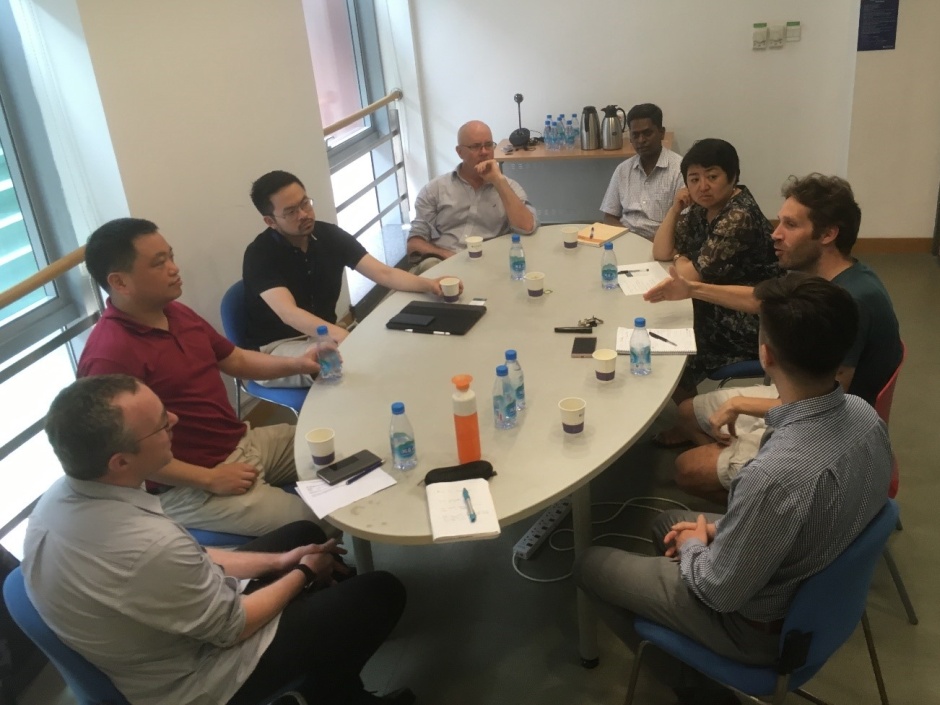 Dr Sam Linsen of SquaredAnt, a Shanghai-based company that promotes sustainability in the food chain while conserving the effectiveness of antibiotics, is also involved in SCORE, and participated in the roundtable discussion.

The day was concluded by showing Lin Hai the new South Campus of XJTLU, including a visit to the ongoing Career Fair for Science students.

The visit by Lin Hai was as a useful step towards more integration of research with policy-making in this increasingly important field of AMR. Although there is still a long way to go, it is important to persevere. 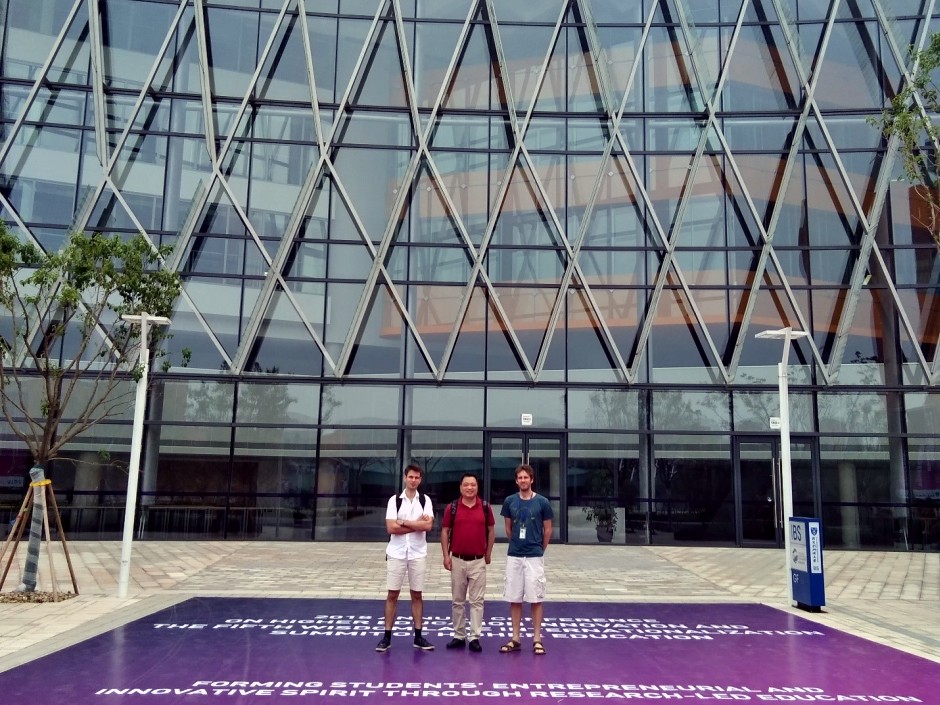 Above: Sam Linsen, Lin Hai, and Boris Tefsen (left to right) in front of the new IBSS building on the South Campus