Gong Zheng met with Riegraf and Ma Lianxiang and conducted in-depth exchanges on strengthening Sino-German educational and technological cooperation. Ma Lianxiang delivered a speech. He said that on the basis of the Sino-German Campusat QUST, we will be constructing the Sino-German Campusat Paderborn University. These will provide strong support of talent, technology and platform for the new and old kinetic energy conversion in Shandong Province, and contribute new and greater power to strengthen Shandong.

During his visit, Ma Lianxiangalso visited the near-80-year-old Professor Pahl, the German founder of Sino-German Technical College (CDTF in German), and thanked him for his contribution to the educational and technological exchange and cooperation between QUST and German universities. Professor Pahl presented an academic monograph to Ma Lianxiang.

Ma Lianxiang also met with the German director of the Sino-German Campus (Germany) and some QUST alumni in Germany. 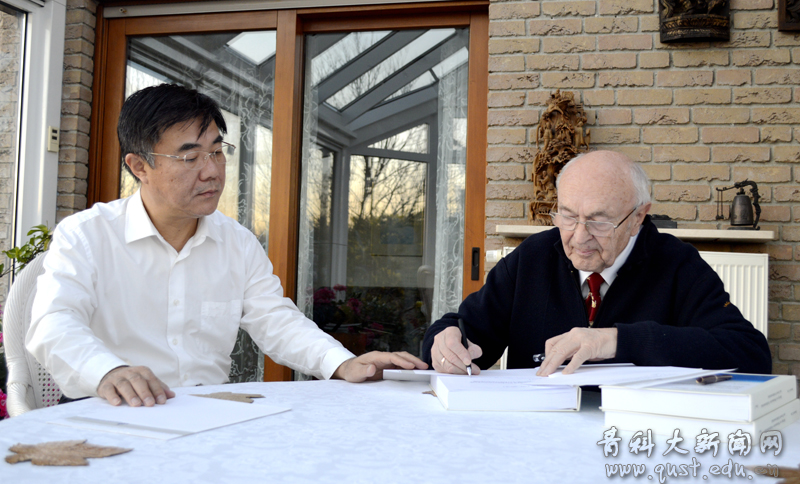 Learn More and Apply: Qingdao University of Science and Technology